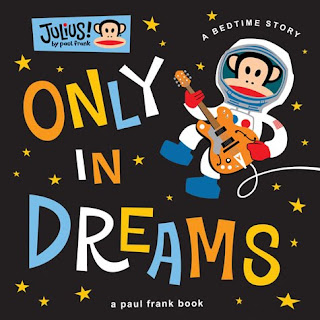 Recently someone asked me… ‘What about the ‘dreams’, I am having from the Lord?’ My response was the we now have the Completed Word of God, the Old & New Testament. Why would God, the God of the Bible, use dreams and visions, when His revelation is complete in the Bible? There is a “spiritual warfare” going on for the hearts and minds of mankind. That battle is based on the “What IF!” The question is… ‘what if’… God has ‘not’ revealed, His Truth in the Completed Bible?

Satan’s trick is still the same…! “Has God really said”, You shall not…? In order to question the complete authority of God, Satan and his workers, will try and get you to believe that God is holding something back, which you need to know. In this particular case, ‘The Knowledge of Good & Evil!” God never intended for mankind to, ‘Know Evil’… but only to know… ‘Good!’ Did you know that ‘dreams’ can come from other places than from God? Maybe something you ate, or even for women, in ‘peri-menopause’ or ‘menopause’, by an upset hormone balance?

The first King of Israel… to God’s chosen people, ‘did not’ obey God and what He told him to do. Did you notice ‘rebellion’ is as the sin of witchcraft? Replete throughout the Old Testament, His people disobeyed His Word. The 70-year captivity in Babylon was punishment for ‘not’ keeping God’s Commands. Over and over again, they were led by “False Prophets” giving ‘dreams and visions’ that were ‘not’ from God. But what about the Bible verse that tells us we will have ‘dreams and visions’…? Remember… “A verse taken out of context… is usually a pretext for Error!”

Let us first… determine to whom this was written? It was written to Israel, the Jews. They, the Jews, will… prophesy, dream dreams, see visions. AND… I… God, will show wonders in the heavens, and in the earth… “Blood and Fire and Pillars of Smoke!” The sun will be turned into darkness and the moon to the color of blood. Have any of those… “Physical Manifestations”… taken place, along with the… “Prophecy, dream dreams and see visions”…? …Not! Are any gentiles included in these verses…? Sorry No!

Have you had… a minister or preacher, tell you those ‘dreams’ are from God? Did he or she, “Infer or Imply”… that God speaks to us though ‘dreams, visions and the like?’ How do you know then, that they are not… ‘Those’… spoken about in the above Bible Verses? If you believe that ‘each and every preacher’, is telling you “God’s Truth”, you are severely wrong! Oh yes, how do you, distinguish if… it is an angel of God… or… “Satan disguised as an… ‘Angel’ of Light?”

Backslidden Israel… had learned from the heathen in the land, the witchcraft visions and séances and dreams… and ‘not to depend’, on the Word of God. So too today, when one will not… “Search, read & study”… the Word of God, but rely on dreams and visions, they are doing the same as backslidden Israel did. God has given us everything we need to know in His Word. What was the practice of the early church, in the book of Acts? How did they verify, what the Apostles preached…?

Those new Christians… the “Bereans” [v16], searched the Scriptures for the validity of the Truth! How about you, when you read something, do you check if it is, a valid Scriptural Truth… or Not? Yes, even these blogs that I write and post, do you check them out with the Scriptures, or do you just take my word? It is your responsibility… to validate each and every thing, with the Scriptures! There are some preachers and teachers on the “Pseudo Christian TV & Radio” that I will ‘not’ listen to. They twist the Word of God, to make it say something that it does not say, and yes, even using Scriptures! Remember Satan, comes as an angel of light, and his preachers do too…! The “Name It & Claim It” group for one! There is No Such… Biblical Teaching!

Perhaps along with carrying… ‘Your Bible and notebook’, you should be checking out… what you are told, from the Pulpit, Radio or TV…? The Word of God… is the only “Truth”, to validate what is said and what is taught! You should ‘not’ trust any teaching, until you have checked it out in the complete word of God. How about It…? Will you trust the Word of God, and the Truth of the Word? And ‘not’… in those dreams, visions and the like… that will only lead you away, as Satan did with Eve, to question, God and His Word?

(Micah 2:7) House of Jacob, it is said, The Spirit of Jehovah is limited, if these are His doings. = Do not = My words = do good to him = who walks uprightly?