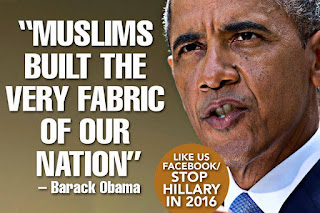 As an Example of a LIE: I used an example ‘Picture’ for this Blog. Question: Were ANY of the “Founding Fathers of America”… “Muslims”…? “Yes or NO”…? “Absolutely NOT”…! If there are LIES from the ‘President’ of the USA! So, what can we Expect from the Rest of the… “Pseudo Political Intellectual Society”…? Lies and More Lies…!

Do You use the Social Media… Face Book, Twitter, Etc…? I do daily and am perplexed by People WHO: call the Blessed Name of Christ Jesus and SAY…. That they are ‘Christians’ [?]…! Why should that perplex me…? Simply because they often SUBSTITUTE: ditty’s, sayings, and others things: for the “TRUTH”…. found Only in His Holy Word, the Bible…! “Arm Pits” are like Opinions, we ‘Each’ have Two…. And they are Sometimes “STINKY”…! We have such a… “Plethora of Media & Opinions”…. That One can hardly… separate TRUTH from LIES…!

*** (Ephesians 6:17) And take the helmet of salvation, and the Sword of the Spirit, which is the Word of God,

I find more Pet Pictures and Videos of Pets & Animals…. Than Christians… “CRYING OUT”… about the “Abortion Pandemic”…! More than Christians…. “Crying Out”… about Political Wrongs…! So very MANY…. “Pseudo Christians”…. Are SILENT: about Divorce & Remarriage Adultery….!  In any Church, there are about “50% of theses WHO WILL NOT…. Hold To God’s Holy Standard…! Are You one of these WHO will… “NOT”… hold to God’s Standard for Marriage. And Yet are then SILENT about Homosexual Unions [Not Marriages because a Marriage is ONLY between a Man & Woman]…!

*** (Malachi 2:16) The LORD Jehovah, the God of Israel, says He hates DIVORCE; and to cover with violence on his garment, says the LORD Jehovah of Hosts. Then guard your spirit, and do not act treacherously.

*** (1Corinthains 4:2) And the rest, it is sought among stewards that one be found FAITHFUL.

*** (James 2:19) You believe that there is one God, you do well; even the demons believe and Tremble.

*** (2Corinthains 4:3) So if our gospel is veiled; it is veiled to those who are dying.
(2Cor 4:4) In their case, the god of this world [Satan]; has blinded the minds of those who do Not believe: to keep them from seeing the Light of the glorious gospel of Christ; Who is the image of God. [Colossians 1:12-to-19]

*** (John 8:44) You belong to your father the devil; and ‘You’ want to carry out the desires of your father. He was a murderer from the beginning; and has never stood by the Truth; since there is “No Truth” in him. Whenever he tells a Lie, he speaks in character; for he is a Liar and the “Father of LIES!”

… *** (Matthew 13:19) When Anyone hears the Word of the kingdom; and does ‘Not’ understand it; then the wicked one [Satan] comes; and catches away that which was sown in his [her] heart. This is the seed sown by the wayside.

“You Can’t Handle the TRUTH – 101” …Blog.
http://truth459.blogspot.com/2014/03/you-cant-handle-truth-101-blog.html
…
*** (Luke 3:8) Therefore, bring forth Fruits worthy of Repentance; and do not begin to say within yourselves; We have Abraham for our father. For I [Jesus] say to you; that God is able to raise up children to Abraham from these stones. 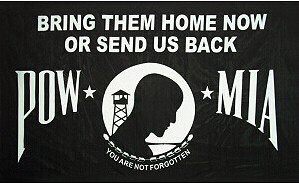 This weekend I sat watching War Movies on my local Cable TV…! Oh how I hate WAR…! I graduated High School at 17 and went into the USAF.  I was Honorable Discharged after a 4 year enlistment. I then went to work for LSI, as a Civilian Contractor at Yakota AFB, Japan for 2 years. At the time, Project PAVER WAVE, I & II was a “Classified Secret” project of depot level Overhaul & Modification of the F4C, D & E Jet fighter Bombers used in South East Asia. Now as a mature Adult and a Born Again Christian… I Hate the… POLICICAL Wars…. That are Never Won…. But LEAVE, American Men & Women… DISABLED… for the Freedoms of those that HATE AMERICA…!  What about You…? Do You FEEL…. The Same…?

*** (Jeremiah 12:5) If you have run with footmen, and they wore you out, then how can you compete with horses? And if you feel secure in the land of peace; then how will you do in the swelling [overflow] of the Jordan?

Those of the “Vietnam Era”… Know of what I speak! We were ‘NOT’ War Heroes…. As the VETERANS of Today. We were labeled…. “Baby Killers”…! Our military service was a Shame to US! And yet, I look at the Gulf War History…. Where the Military was NOT ALLOWED VICTORY…. Because of the OIL we get from Saudi Arabia and the Oil Emeries! Yes, even though 20% of Oil Products go for, “Other than Automotive”…. It is still a Product that we need for Plastics and Thousands of Other Products USED… ‘Daily!’ As A Veteran, and a Born Again Christian I have SOLID VIEWS about… “WAR”…!

1.     American Soldiers SHOULD NOT…. Be used in Internal Conflicts in other Countries, to bring about a Stability in their Countries.

2.     American Soldiers SHOUD NOT…. Be Used as Peace Keepers…. In other Countries…. As their Internal Conflicts CANNOT BE SOLVED by… “American Lives & Limbs”…!

3.     Each Military Conflict needs a…. “Declaration of War”…. By our Congress and House of Representatives…. BY At Least a… “66 2/3% Approval”…! And a Presidential Approval!

4.    Absolutely NO: Foreign MILITARY CONFLICTS… will be led by a United Nations military. We are a… “Sovereign Nation”…. Aren’t’ We…?

5.     NO President will allow a Covert Action against a Foreign Nation in SERRET…!  Remember President Jimmy Carter and the American Embassy Hostages in Iran, 1979. INSTEAD… He should have ONLY WARNED IRAN of an… “American NUCLEAR Attack”… should they NOT…. Let our People [Americans] GO….!  American TROUPS should NOT have DIED… in a Covert Rescue Plan!

7.     A Constitutional Amendment would… OUTLINE the Parameters of Foreign Aid…! NONE of the Enemies of the USA…. Would Receive Foreign Aid…. As IRAN NOW DOES..!

8.    AMERICA Would STOP ALL…. Help, Even Humanitarian… for those Countries as Hostile ENEMIES of the … USA…!  No More Foreign Aid for… “ANYONE & Everyone”….!

9.    WARS… by the USA…. will be WON…. Even should NUCLEAR WEAPONS be Used…! Politics WILL NOT… .Restrict COMBAT Operations such as in Viet Nam! Did You know that there were 500+ PAGES OF COMBAT…. “RESTRICTIONS”…? Some of our Allies… were SUPPLYING NORTH VIETNAM… with War Supplies…?

What about YOU….? How do You feel about these 10 issues…? Of course, #10 like most Government Publications… is open for Additions! Isn’t about TIME…. For ALL GRASS ROOT AMERICANS… to Demand such Changes…?

I am a Registered REPUBLICAN… but I am NOT happy with my Party…! BUT…They have become LIBERAL to win Votes…~! Did YOU know about this…?

….. GOD gives a Nation… the leader they Deserve…!

The Imam Obama is really a Muslim…!

…*** (Ephesians 5:11) and have ‘Nothing’ to do with the unfruitful works of Darkness. Instead: “EXPOSE” them for what they are.

Of course, these MANY probably were NOT Veterans…! They or their Family Members… NEVER…. PAID THE PRICE…!

What about the Greatest ENEMY… to World Peace…?

THE GOD of the Bible, the “King of Israel” [used 201 times] Strictly COMMANDS… ALL MEN to Repent. NOT like Mohammed, because the QURAN of Islam…  shows NO SUCH LOVE of Mankind.. ONLY HATE for All who are NON Muslims...!

60 Questions the MUSLIM does NOT want to be ASKED…!

*** (Zechariah 12:9-10) And it shall come to pass in that day; that I [The LORD] will seek to destroy; “All” the nations that: come against Jerusalem
(Zech 12:10) And I will pour on the house of David, and on the people of Jerusalem, the spirit of grace and of prayers. And they shall look on Me whom they have pierced, and they shall mourn for Him, as one mourns for his only son, and shall be bitter over Him, as the bitterness over the first-born.

*** (Jeremiah 3:17) At that time they shall call Jerusalem the throne of Jehovah the LORD; and all nations shall be gathered to it, to the name of Jehovah, to Jerusalem. Nor shall they walk any more after the stubbornness of their evil heart.

*** (Isaiah 62:6-7) I have set watchmen on your walls, O Jerusalem, who will not always be silent all the day nor all the night; you who remember Jehovah, do not be silent.
(Isa 62:7)  And give Him no rest until He establishes and makes Jerusalem a praise in the earth. [2Chronicles 6:32-33]

… *** (1Peter 3:15) but sanctify the Lord God in your hearts, and be ready Always to give an answer to everyone who asks you a reason of the hope in you, with meekness and fear;

*** (Proverbs 4:7) Wisdom is the main thing; get Wisdom; and with ALL your getting get Understanding.

*** (2Corinthians 7:10) For having sorrow in a godly way results in REPENTACE that leads to Salvation and leaves no regrets. But the sorrow of the World produces Death.

*** (Luke 3:8) Therefore, bring forth fruits worthy of REPENTANCE; and do not begin to say within yourselves; We have Abraham for our father. For I [Jesus] say to you; that God is able to raise up children to Abraham from these stones.

… *** (2Corinthians 7:10) For having sorrow in a godly way results in Repentance that leads to Salvation and leaves no regrets. But the sorrow of the world produces death.
Love; in Christ, Roger // “Psalms 138:2”…!
Email:  roger459@gmail.com
Ende…!