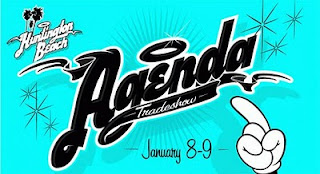 Recently someone asked me… “What about a program that I saw on TV; that proved the Bible had errors?” In response I replied, “The History Channel admitted that they were not ‘100%’ accurate and was given only an 88% ranking on accuracy”. Remember the book and movie, “Roots?” about slavery in the USA? The author admitted “embellishing” and “not checking” the facts of his research assistants, which were pointed out as error! There was even a Pulitzer given for a published story; written about a 12-year old heroin addict! The author recanted and said that most of it was ‘fiction’, and returned the Prize! Each of these examples… ‘Have’ an “Agenda”… ‘Not’… founded in the “Truth!”

The “Agenda” of Satan… is to always question the ‘Validity’ of what God has said! His dialogue with Eve is representative of his “Agenda”… “Has God really said = You shall Not?” So today many will try to ‘invalidate’ the Bible; stating that it is full of errors and omissions. Yet when asked if they know the OT Hebrew or the NT Greek and the English Translations, they will not answer in the affirmative. Their Anti-God “Agenda” allows them to “LIE” about God and His Word. Why would they purposely “LIE”… about God and His Holy Word…?


An “Agenda”… drives the ‘World’s Largest Religion’ = “Politics!” Its followers will… Lie, Cheat & Steal… in order to push forward their ‘Agenda’ and get their candidate elected. Say it isn’t So? The “Pro-Choice” stand of the Democratic party… is their Agenda, to murder the innocent Child… in their mothers’ womb! The liberal interpretation of the law, allows the criminal element to continue to endanger the honest citizenry. Its financial bailout of failing financial institutions… places their debt… upon the ‘honorable taxpayers’ and their succeeding generations.


The Media… has an “Agenda”; that is supported by Advertising. Most programming does not distinguish between ‘Good & Evil’, but portrays… varying degrees of ‘Good & Evil’. One law enforcement program; has an officer having an extramarital affair, while catching the criminal, as if nothing is wrong with it. The Advertisers… “Outright LIE”… about their products. Vehicles, of whom most drive ‘city miles’… is touted as getting ‘33’-highway miles = leaving out that that data is the… “Estimated” = EPA Mileage. They purposely leave out the caveat… “Estimated!” The average consume allows all this to… “Brainwash their Thinking”… without realizing what is being done.

*** (Isaiah 5:20) Woe to those who = call evil good and good evil; = who put darkness for light and light for darkness; = who put bitter for sweet and sweet for bitter!

How about Churches and their “Agendas?” There are many that ‘do not’; use, read, study and preach… the Holy Word of God! They have their ‘Religion’… and put that before God’s Word. Many of the major ‘Christian’ denominations… have their Church teaching in direct opposition to what God says in His Word! They expect their members to… ‘tout the Church line’… without any questioning or controversy. When confronted with the Bible, one pastor blatantly remarked… ‘Perhaps this is not the church for You!’


So too, each of “US”… has an “Agenda!” When we share with “Others”; do we share what Christ has said in His Word… or do we share our ‘religion?’ They are ‘not’ mutually the same! When posting my blog about Halloween and Harry Potter = and what the Bible says about them; some of my FB Christian friends, removed me from the “Friends List”. You have an agenda… “For = the Word of God”… or… “Against = the Word of God!” The choice is yours and you make that choice by an act of your ‘free will’.

Perhaps in simple words… “Whose Your Daddy?” If you obey God and His Word, then He is your Daddy. If you obey the Worlds’ thinking, they Satan is your Daddy! Those that… ‘do not’… use the Word of God; do so as their choice. Someone recently said, “I don’t want to offend the unbeliever!” They are already offended at Christ and the Bible! What more can you do to harm that? Absolutely Nothing! We are told to… Preach the Word… Anyway! Open you Bible and simply read… “Ezekiel 2:7” -&- “2Timothy 4:1-to-5”..!

What is your… “Agenda?” Do you do what you do; for the Glory of God, or for your own personal approval. When should you then… ‘not’ share the Word of God…? I believe there are three circumstances. Do you know what they are? But at all other times… Use the Holy Word of God… to Proclaim… “Whose Your Daddy = Abba Father!”

Whose “Agenda”… has kept you away from Sharing the Word of God? It is ‘Satan’ and you’re the Fear that resides in your ‘Flesh!’ If you have been Born Again by the Holy Spirit of God, then you are His Child. What would keep you back from… Sharing your Daddy’s Words… the Bible…? So what IF, they no longer want to be your Friend! If they value your friendship, they will not mind you sharing. If they do not value your friendship… they were ‘never’ really your ‘Friend!’