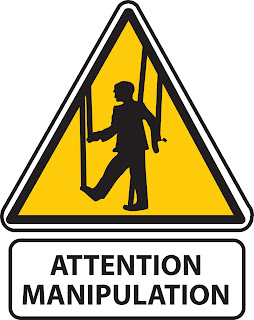 Have ‘You’ even noticed how People will… “Manipulate: You”… to get ‘You’ thinking their ‘WAY’…? Politics is a prime example with their… “LIES & Spin Doctors”. People seem to have short memories… and will ‘Not’ think for themselves; about Politics! All advertising is to “Manipulate You” into buying their product or services. Does that: “Age Defying Cream”… really make ‘You’ younger…? Or is it in itself a ‘Lie?’ One college professor said, “5% Think: 10% Think they Think: and 85% Do NOT Think at All!” Which category do ‘You’ fit into? Your independence is often ‘Crippled’ by: “Impulse Buying!” Often times I ask myself… “Can ‘You’ Really LIVE without that?” Often times, I answer myself: “YES Lord!” Thankfulness for what ‘You’ have; will often short circuit that: ‘Impulse Buying!”

Do ‘You’ have a Spam Folder: with your Email…? I receive anywhere from ‘10-to-30’ Spams each ‘Day’. People “Begging” for Donations; Bibles; Ministry help, ‘Etc.’ There are even Emails from “Supposed Soldiers” serving overseas. Face book is famous for this type of Begging. “Supposed Ministries” and “Supposed Pastors”… are always looking for the ‘Naïve!’ Today I opened my Face Book with a message using… “Manipulation.” This is what it said… “ok its ok but what you can do for the poors. you know when jesus feed five thousand men and woman at that time jesus ask to His decipals you gave them to eat and then he blessed on five loaves and two fishes and evey one eat heartedly so why you can help jesus want you to help poor christian of Pakistan, where as you are a rich man” IF: they are “REALLY” so Poor… how do they Afford: “Internet TIME”…? And what makes them… “Wrongly Think”… ‘All Americans are Rich’…? It must only be those ‘USA’ Television programs shown overseas!  This type of… “Manipulation”… caused me to write this Blog. Often times when sharing this: “They ‘Stop’ Begging!

*** (2Peter 2:1-2) But there were also false prophets among the people, even as there will be false teachers among you, who secretly will bring in destructive heresies, even denying the Master who bought them, bringing on themselves swift destruction.
(2Pet 2:2) And -> Many <- will follow their pernicious ways; and because of them the way of Truth: will be evil spoken of.

“MANIPULATION” is also used by the “Ignorant”…! They will hold to a particular ‘Pastor/Teacher’ or ‘Church Denomination’ or ‘Pseudo Christian Teaching’. When someone simply presents: “It is Written & Bible Verses”… they immediately become ‘Hostile!’ In essence, they are protecting their… “Wrong Thought Processes & Teaching!” The Jews of Jesus day, were the same way; with their “Traditions of the Elders!” Instead today, “American ‘Pseudo’ Christians”… have to protect their own Beliefs. How very many Catholics… will ‘Not’ believe their Bibles… but instead believe “ONLY” what the Catholic Church teaches? So too, those “Claiming” to be Christians make statements based on their ‘Beliefs.’ But they ‘Cannot’ take their Bible… and “Defend” what they “Believe!” When we “ALL”… stand before the Judgment Seat of Christ Jesus… what will “HE”: Use to judge us…?

What are you Protecting – 101 Blog.
http://truth459.blogspot.com/2011/01/what-are-you-protecting-101blog.html
…
*** (1Peter 4:17-18-19) For the time has come for the judgment to begin from the house of God. And if it first begins from us, what will be the end of those disobeying the gospel of God?
(1Pet 4:18) And if the righteous one is scarcely saved, where shall the ungodly and the sinner appear?
(1Pet 4:19) Therefore let those who suffer according to the will of God commit their souls in well-doing, as to a faithful Creator.

“Where do Christians go ‘Wrong?’ – 101” …Blog.
http://truth459.blogspot.com/2012/08/where-do-christians-go-wrong-101-blog.html
…
Some even wrongly say that: America is a “Christian Nation!” America has ‘Never’ been Christian, and most of the Founding Fathers were ‘Deists’… and ‘Not’: “Born Again” by the Holy Spirit of God! Only ‘People’ can be “Born Again”… ‘Not’ nations! Just because someone says they “Believe in Jesus”… does ‘Not’ make them a “Christian!” Even this upcoming election has caused a division. People, especially those who call themselves “African American”… voted for President Obama. They call themselves: “Christian”… and then support his stand: Pro Abortion: Pro Homosexual. For those of ‘You’, who do ‘Not’ know history… “One of the Caesars of Rome”… had a “Horse”… as his “Domestic” partner! “The Roman Emperor Gaius Julius Caesar Germanicus (or just 'Caligula') lived between 12–41. AD” History if filled with such references of perversions; which were followed by the “Fall” of those nations.

“MANIPULATORS” themselves are ‘Blinded’ by Satan. They will ‘Not’ submit themselves to the “Holy Word of God” and its ‘Truth’ found therein! Is it no wonder… they will ‘Not Hear’… ‘You’…? They say they believe ‘this or that’ about the Bible… but will ‘Not’ hear the Scriptures. Just because: ‘You’ believe in… “Santa Clause or the Easter Bunny”… does that make them “Real or Not”…? Absolutely “Not!” Remember if it is Not… “100% Truth”… is it ‘Not’ of GOD…!