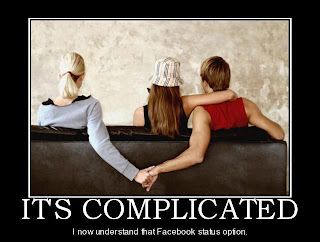 *** (Hebrews 11:24-to-27) Having become great, Moses by faith refused to be called the son of Pharaoh's daughter,
(Heb 11:25) choosing rather to suffer affliction with the people of God than to enjoy the [passing] pleasures of sin for a time,
(Heb 11:26) esteeming the reproach of Christ greater riches than the treasures in Egypt, for he was looking to the reward.
(Heb 11:27) By faith he left Egypt, Not fearing the wrath of the king, for he endured as seeing Him [God] Who is invisible. [Exodus 24:9-10-11]

(1Timothy 5:24-25) Some men's sins are open beforehand, going before to judgment. And some they also follow after.

Everyone knows that “SIN is Pleasurable”…! What is the Opposite of SIN…? I believe it to be the “Holiness of GOD”…! God is “Infinite” and we are “Finite!” We, as “Sons of Adam & Daughters of Eve”… Only have “Salvation & Redemption” in the Finished Work of Redemption: by Christ Jesus, the Passover Lamb of God! When Adam & Eve, Sinned in Rebellion against God, they passed onto us… “Their SIN Nature!” Do You realize that a Child does NOT have to be taught to… “Steal, Lie or Cheat”…? It is part of their fallen unredeemed nature. As adults we often Sin in our thought life. Others simply act out those sins, as the Divorce Rate among “Pseudo Christians [?]” is simply No different than that of the Unbelievers. Pornography allows the minds of both “Men & Women”… to be easily ‘Corrupted!’ The Missing Moral Component of the Holy Word of God… has allowed the Women of our society… to murder over “55,000,000 MILLION: Innocent Unborn Babies… in their Wombs!

*** (Ephesians 1:3-4) Blessed be the God and Father of our Lord Jesus Christ, Who blessed us with every spiritual blessing in the heavenlies in Christ;
(Eph 1:4) according as He chose us in Him before the foundation of the world, that we should be holy and without blame before Him in love,

*** (1Jn 3:4) Everyone who ‘practices’ Sin also practices Lawlessness, for sin is “Lawlessness!”

*** (Romans 5:10-11-12) For if when we were enemies, we were reconciled to God through the death of His Son, much more, being reconciled, we shall be saved by His life.
(Rom 5:11) And not only so, but we also rejoice in God through our Lord Jesus Christ, by Whom we have now received the reconciliation. [2Corinthains 5:18-to-21]
(Rom 5:12) Therefore, even as through one man sin entered into the world, and death by sin, and so death passed on all men inasmuch as all sinned:

“LICENSE: Confession Without REPENTANCE – 101” …Blog.
http://truth459.blogspot.com/2013/03/license-confession-without-repentance.html
…
“SEX SELLS”… and can be seen in all areas of the Media… “Advertising, TV, Videos, Music and Literature”. Recently, I was watching the program, “Leave it to Beaver” on METV: where they show those old TV programs. “No Sex, No Violence, No Disrespect, No Cursing & NO taking of the Holy Name of God… in Damnation!” The parents were respected by their children and moral lessons were part of the dialogue. “Right & Wrong”… were openly obvious in those programs… without those “Sexual Innuendos!” Today we have ‘Scantily Clad’ female angels in their ‘Under ware’: visually open, on the TV advertisements. Wonder why, the women of this nation, don’t say something: as their husbands “Silently” watch those commercials: hoping their wives looked like those Victoria Secret Angels? “Angels” in the Holy Word of God: The Bible… were ‘Never’ described as “Sexual Women on their Adultery Prowl!” Neither are they described as “Baby Angels” decorating worldly things. Does anyone else see these things…?

*** (Galatians 5:19-to-26) Now the works of the flesh are obvious: sexual immorality, impurity, promiscuity,
(Gal 5:20) idolatry, witchcraft, hatred, rivalry, jealously, outbursts of anger, quarrels, conflicts, factions,
(Gal 5:21) envy, murder, drunkenness, wild partying, and things like that. I am telling you now, as I have told you in the past, that people who practice such things will NOT inherit the kingdom of God.
(Gal 5:22) But the fruit of the Spirit is love, joy, peace, patience, kindness, goodness, faithfulness,
(Gal 5:23) gentleness, and self-control. There is no law against such things.
(Gal 5:24) Now those who belong to Christ Jesus have crucified their flesh with its passions and desires.
(Gal 5:25) If we live by the Spirit, let us also be guided by the Spirit. [Romans 8:14]
(Gal 5:26) Let us stop being arrogant, provoking one another and envying one another.

*** (2Peter 3:15-16) And think of the long-suffering of our Lord as salvation; as our beloved brother Paul also has written to you; according to the wisdom given to him.
(2Pet 3:16) as also in all his letters, = speaking in them of these things; = in which are some things ‘hard’ to be understood, = which the ‘Unlearned’ and ‘Unstable’ = “Pervert”; = as also they do the rest of the = “SCRIPTURES”; = to their own destruction. [Damnation]

“Human ‘Sexuality’ – 101”…Blog. [1/3]
http://truth459.blogspot.com/2010/12/human-sexuality-101blog-1.html
*** (Titus 2:11-to-15) For the grace of God has appeared, bringing salvation to all people. [Psalms 98:2]
(Tit 2:12) It trains us to Renounce ungodly living and worldly passions SO that we might live Sensible, Honest, and Godly lives in the present world
(Tit 2:13) as we Wait for the blessed hope and the glorious Appearance of our great God and Savior, Jesus Christ. [Zachariah 12:10]
(Tit 2:14) He [Christ] gave Himself for us to set us free from every wrong and to cleanse us so that we could be His Special People who are enthusiastic about good works.
(Tit 2:15) These are the things you should say. Encourage and Refute: with Full Authority. Do not let anyone look down on you.

*** (1Corinthains 6:17-to-20) Do you not know that you are a temple of God, and that the [Holy] Spirit of God dwells in you?
(1Cor 3:17) If anyone Defiles the temple of God, God shall destroy him. For the temple of God is Holy, which you are. [1Corinthains 11:30]
Keep on running away from Sexual Immorality. Any other sin that a person commits is outside his body, but the person who Sins Sexually: Sins against his own body.
(1Cor 6:19) You know that your body is a sanctuary of the Holy Spirit, Who is in you, whom you have received from God, don't you? You do NOT belong to yourselves,
(1Cor 6:20) because you were bought for a price. Therefore, glorify God with your bodies.

Perhaps think about these things… and be Aware of the “Tricks of Satan!” If You will remember your Scriptures… [1Jn 5:19]…? Remember he comes as an “Angel of Light”… into the Church…! You did NOT recognize his tactics… BECAUSE: You, do NOT know the Holy Word of God! You sit in Church and simply believe “Anything & Everything” said from the Pulpit!” Many never “Examine or Challenge” what they are taught! No wonder why the ‘Church Attendance’ are declining… “Exponentially Opposite” to their: “Entertainment Programs!” Without “Entertainment” the Churches would be Vacant! People are no longer Hungry for the Spiritual Truth of the Holy Word of God! Say it isn’t “SO”…?

“ENTERTAINMENT”… Rather than Bible Study…?
http://www.youtube.com/watch?v=R23HXIz5jrk&playnext=1&videos=Iwr6BkP_FNw

*** (Amos 8:11) Behold, the days come; says the Lord Jehovah, that I will send a famine in the land; not a famine of bread nor a thirst for water; but of = Hearing = the Words of the LORD Jehovah [The Holy Word of GOD].

*** (2Timothy 2:15-16) STUDY EARNESSTLY to present yourself to God as an approved worker who has nothing to be ashamed of, handling the Word of TRUTH: with Precision.
(2Tim 2:16) However, avoid pointless discussions. For people will become more and more ungodly,