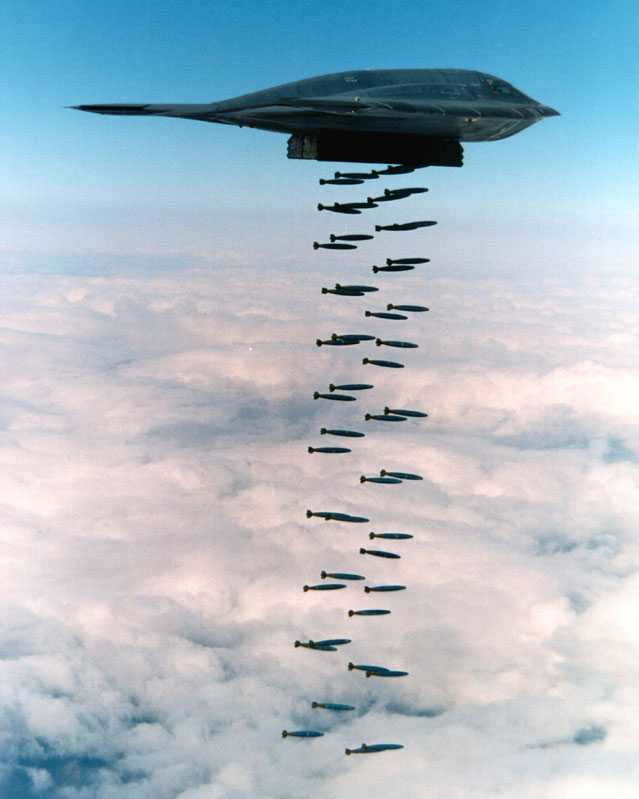 *** (Isaiah 2:2-3-4) And it shall be, in the last days the mountain of the LORD Jehovah's house shall be established in the top of the mountains, and shall be exalted above the hills; and all nations shall flow into it.
(Isa 2:3) And many people shall go and say, Come, and let us go to the mountain of the LORD Jehovah, to the house of the God of Jacob. And He will teach us of His ways, and we will walk in His paths. For out of Zion shall go out the Law, and the Word of the LORD Jehovah from Jerusalem.
(Isa 2:4) And He shall judge among the nations, and shall rebuke many people; and they shall beat their swords into plowshares, and their spears into pruning-hooks. Nation shall Not lift up sword against nation, Neither shall they learn war any more.

There is a War going on… of which ‘Many’ are oblivious to. This Spiritual War will continue till the Angel, bounds Satan with Chains to the Bottomless Pit [Revelation 20:1-2-3] for ‘1,000 years!’ Satan will Loosed again to deceive the Nations and then BE DEFEATED: to be cast into the Lake of Fire for “Eternal Damnation”, with the Beast & the False Prophet. [Revelation 20:10] This Spiritual Warfare is reflected in a Real Time: “Human Warfare”. Surely You all know about the war in the middle east? But what about other wars and methodologies? Do You know about… “Saturation Bombing” and its purpose? This was also called, ‘Carpet Bombing’. As a carpet covers the floor: so too this Methodology covers ‘Everything’. It is quite effective, when used properly. Multiple aircraft drop ‘hundreds or thousands’ of bombs to “Completely Annihilate” the target zone and the ‘adjacent areas’. What about our American Society and it’s… “Saturation Bombing”… by the “Liberal Anti-Christ Media”…? Truth, especially God’s Truth, found within His Holy Word… is always under Attack: by the forces of Darkness. [Luke 4:6]

*** (Ephesians 6:12-13) For we do Not wrestle against flesh and blood, but against principalities, against powers, against the world's rulers, of the darkness of this age, against spiritual wickedness in high places.
(Eph 6:13) Therefore take to yourselves the whole armor of God, that you may be able to withstand in the evil day, and having done ‘ALL’ to stand. [1Corinthians 9:27]

*** (2Corinthains 10:3-to-6) Of course, we are living in the flesh, but we do Not fight in a fleshly way.
(2Cor 10:4) For the weapons of our warfare are Not those of the flesh. Instead, they have the power of God to demolish fortresses. We tear down arguments
(2Cor 10:5) and every proud obstacle that is raised against the knowledge of God, taking every thought captive in order to obey Christ.
(2Cor 10:6) We are ready to punish every act of disobedience [Romans 6:1-2 & Proverbs 28:13] when your obedience is complete. [1John 1:5-to-10]

“Saturation Bombing” has been used in World Wars…! During WW2, it was used against a Civilian City, “Dresden Germany”. It was to send a message to the Nazis, that at whatever cost, ‘civilian & military’ targets were all viable. The city was ringed with “Incendiary [Fire] Bombing”… which killed ‘ALL’ there. So too, in Viet Nam, “Carpet Bombing” was used by the USA against the Ho Chi Min trail: the main support line roadwork; used by the Viet Cong, from ‘north to south’ Vietnam. In recent times, Bagdad was bombed with “Cruise Missile’s” to destroy both ‘Civilian & Military’ Specific targets of importance; limiting ancillary damage. Likewise any day of the week, one can turn on ANY: Media, TV, Internet, Radio and the Like and You will “WITNESS”… the Attack on the Moral Foundation of America… by the Anti-Christ forces active in Society. Since when is Sexual preference [Homosexual], a ‘right and privilege’… above that of “All Others”...? Since when is the “Unborn Innocent Child”, of less importance than a sea turtle or eagle..? Only in America…!

*** (1Corinthians 9:27) No, I keep on beating my body and making it my slave so that, after I have preached to others, I myself will NOT somehow be disqualified.

*** (Matthew 13:12) For whoever has, to him shall be given; and he shall have more abundance. But whoever does Not have; from him shall be taken away; even that which he [seems] to have.

“Losing ‘what’ you have – 101”…Blog.
http://truth459.blogspot.com/2011/02/losing-what-you-have-101blog.html
…
Are You DAILY… “Reading & Studying & Obeying”… His Holy Word…? Remember the best ‘Defense’ is a… “Good Offense”…! OT Israel had fortified cities throughout its territory. So too, the NT Born Again Believer… “Must NEVER Forget”… that we are Called: “Soldiers” by Christ Jesus, our “LORD of Lords” & “KING of Kings”…! What is the difference in the Veterans of the Viet Nam ERA… than the ones of Today? Absolutely Nothing: but the “Political Climate”. But when returning to the USA: we were deemed “Baby Killers!” Today, all soldiers are called ‘Heroes’…? There is a ‘Clear Delineation’ today between the “Liberal” & “Conservative Politicians”. But even now the Republican party has become contaminated by “Liberalism!” Those who are ‘Not’, have moved their allegiance over to the “Tea Party!” Do You realize that is simply a… “Word Picture”… of what has happened in the Church? There are those WHO hold Only: to the “Complete Authority” of His Holy Word…! And then there are the… “OTHERS”… who will accept ANY Teaching called Christian: even though it does NOT hold: “Any Biblical Truth!” Today I saw a Picture on Face Book of… “Pseudo Christians”… eating Grass on the ground, because their Pastor told them TO! [Matthew 15:14]

*** (2Timothy 2:3-4-5) Join me in suffering like a good soldier of Christ Jesus.
(2Tim 2:4) No one serving in the military gets mixed up in civilian matters, for his aim is to please his commanding officer.
(2Tim 2:5) Moreover, no one who is an athlete wins a prize unless he competes according to the rules.

*** (Jude 1:3-4) Having made all haste to write to you about the common salvation; beloved, I had need to write to you; to exhort you to ‘contend earnestly’ for the [True] Faith; once delivered to the saints.
(Jude 1:4) For some people have slipped in; among you unnoticed. They were written about long ago as being deserving of this condemnation; because they are ungodly. They turn the grace of our God into uncontrollable lust and deny our only Master and Lord, Jesus Christ.

“The ‘Doctrine’ of Christ – 101”…Blog.
http://truth459.blogspot.com/2009/12/doctrine-of-christ-101blog.html
…
We MUST take a Pro–Active STAND: against EVIL…! Are You silent about “Abortion”… the MURDER of those Innocent Unborn Babies…? Each & Every DAY: over “4,000+” Innocent Unborn Babies are Murdered in the Name of “Women’s Rights”…! Yet what about the “Rights” of those Unborn Innocent Children…? When You are “SILENT About ABORTION”… You have become a… “Causality of the ‘Saturation Bombing’ of EVIL”…! Oh yes, are You sitting back… “Wrongly Believing”… that God will send a “Revival to America”…? There was “NO National Repentance”… after the “9-11” Terrorist Bombing: some12 years Ago! Why should God revive America with ALL its Wickedness…? He did NOT do so for ISRAEL: after the ’70 year’ Babylon captivity of Israel…! The too, also “Continued to Reject” God’s Holy Word: just as “America Does” today: even though… “85+%”… call themselves Christians [?]…?

*** (Jeremiah 13:23) Can the Ethiopian change his skin, or the leopard its spots? Then you also may do good; WHO are ‘Accustomed’ to: Doing Evil?

*** (Acts 17:11) These people were more receptive than those in Thessalonica. They were very willing to receive the Word, and every day they carefully examined the Scriptures to see if those things were so. [Or NOT!]