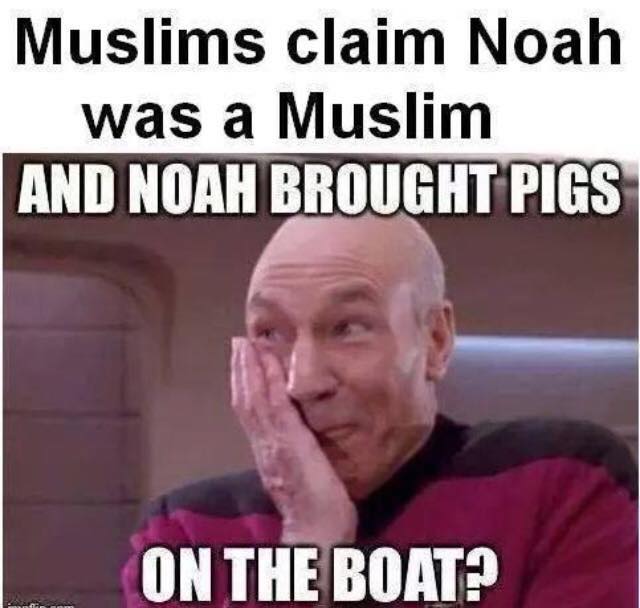 “MANY” speak about Political or Religious Freedoms…. Yet Wrongly Define the… “Supposed Rights of Minorities”….! Yesterday I read a post on Social Media, about Muslims Demanding that PORK ‘Not be Mentioned’ as it is [Supposedly] Offensive them…! I used the TRUTH…  in a Picture: as the Picture for this Blog. How can they Falsely Claim”: “Opposites be True”…? Our United States Constitution provides basic Rights…. But HOW does a Foreign Right…. Supersede that: by a Judge’s Order…. The USA Constitution”…?

“The ‘RELIGION’… of Politics – 101”…Blog. [1/2]
http://truth459.blogspot.com/2014/11/the-religion-of-politics-101blog.html
…
“The ‘RELIGION’… of Politics – 201”…Blog. [2/2]
http://truth459.blogspot.com/2014/11/the-religion-of-politics-201blog-22.html
…
Our American English Language…. Is being Changed by…. “RE-DEFINING” the Vocabulary”… to Supposed Political Correctness…! Remember when Homosexual, the Abomination Described by the Bible…. was Changed to…. “GAY”…? Remember when President Clinton…. “Falsely Claimed”…. NOT to have Sexual Relations with Monica Lewinsky…? During my life time, I have seen America Dissolve….. its “Freedoms & Sovereign Nation Status”…. To No Longer be a Bastion of “Truth & Reference for Freedom”…! Politics has Contaminated: the ‘Common Sense Thinking’…. of the general Public!

For those of ‘You’, who do ‘NOT’ know History… “One of the Caesars of Rome”… had a “Horse”… as his “Domestic” partner! “The Roman Emperor Gaius Julius Caesar Germanicus (or just 'Caligula') lived between 12–41. AD” History if filled with such references of perversions; which were followed by the “Fall” of those nations.

*** (Leviticus 18:22-25) You shall NOT lie [Carnally] with mankind as with womankind. It is Abomination to God.
(Lev 18:23) And you shall NOT lie with any animal to defile yourself with it. And a woman shall NOT stand before an animal to lie down to it. It is a Perversion.
(Lev 18:24) Do NOT defile yourselves in any of these things. For in All these the nations are Defiled, which I [GOD] cast out before you.
(Lev 18:25) And the land is Defiled. Therefore I visit its WICKEDNESS on it, and the land itself VOMITS out those who live in it.

Do You Realize…. that under a “Democracy”…. That 51% of the Voters…. May Do Away with those “Constitutional Freedoms”…. Designed by the Founding Fathers of our Nation…? And that the Constitution MAY be Changed with a… “2/3 Vote”…? MANY of our “Basic Constitutional Freedoms”… may just “Disappear”…! A Democracy MAY be an Effective Government…. Provided by a “Truthful Religious Society”…! But then…. “What Happens”…. When a nation… “Rejects is Moral Foundation”…? Historically the USA trained the “Former Leaders” of the Philippines…. In Democracy! They ae NOW Evolving into a “Muslim State!” And “Iran”…. And its History of Muslim Religious Wars….. has Rejected Democracy… and returned to the Wars between the…. “Sunni & Shiite”…. Sexts of Islam”…!

Can You remember when… the Braves ‘INDIANS’ Baseball Team…. Was “Complained Against”… that using the “Chop Sign”…. Was making fun of the Native American Indians….? Such Silliness has Permeated our Society…. As Most Americans have REJECTED the Truth found in the Bible…! Surely our American Currency has imprinted on it…. “In God we Trust”…. Yet the Average American CANNOT…. Take a Bible…. and Defend “What” they Believe about…. “God”…! Each & every Day…. American Mothers…. “Murder by Abortion”…. Their Unborn Babies [Prodigy] and then COMPLAIN about…. “Illegal Aliens”…? That sore of “DUPLICITY” has so permeated our American Society that the Average American…. Even Believes the NEWS… without Any Discernment to Its… “TRUTH or LIES”…!

*** (1Jn 4:1) Beloved, do NOT believe every spirit, but TRY the spirits to see if they are of God, because Many false prophets have gone out into the world.

*** (1Corinthains 11:30) That's why so Many of you [Christians] are WEAK; and SICK; and a Considerable number are DYING.

*** (Titus 2:11-to-15) For the grace of God has appeared, bringing salvation to all people. [Psalms 98:2]
(Tit 2:12) It trains us to Renounce ungodly living and worldly passions SO that we might live Sensible, Honest, and Godly lives in the present world
(Tit 2:13) as we Wait for the blessed hope and the glorious Appearance of our great God and Savior, Jesus Christ. [Zachariah 12:10]
(Tit 2:14) He [Christ] gave Himself for us to set us free from every wrong and to cleanse us so that we could be His Special People who are enthusiastic about good works.
(Tit 2:15) These are the things you should say. Encourage and Refute: with Full Authority. Do not let anyone look down on you.