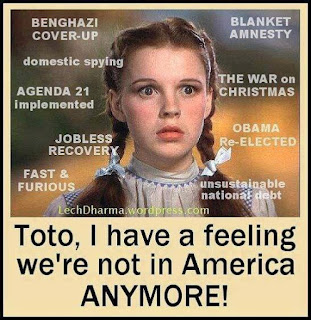 What has become of America… that the Nation of our Founding Fathers has So Perverted ITSELF…. That Homosexuality is PLACED ABOVE… Religious Freedom…? Business, OWENED by Christians, WHO… “Follow, Believe & Practices Its HOLY WORD… are being Fined BECAUSE…. They REFUST to make Wedding Cakes for the SAME SEX MARRIAGES…? Surely You have eaten in an establish with SINEAGE…. “We Refuse the Right to Sever Everyone”…? Surely this is NOT… “Soviet Russia or”… nor…“Nazi Germany”…? NO where in the US Constitution or the Bill of Rights… is Sexual Preference or Bias… but before our American Constitution and its Liberties…! Our Public Schools have TRADED… the Removal of GOD from its Domain…. And Traded IT for… “School Shootings & Metal Detectors”…! Yet, Bible ownership and Reading is “ENCOURAGED”… in the Many ‘Jails & Correctional Institutions’ of this Country! What is “Wrong: with that Picture”…?

It has been almost 20 years since… “Bob Jones Christian University”… has NOT Bowed Down to the Government” After Losing its Tax Free Religious Status. How do they remain in Business…? They TOO… Refused to Bow Down… to the Heathen Control of the USA…! Dare I say that… “Each & Every PROFESSING Born Again Christian”… is Soon Also to be TRIED… in Like Manner..! The Government would ALSO…. Try and Silence those of US… Who have taken a Stand for the… “INNOCENT UNBORN… MURDERED… BY ABORTION…!

For those of ‘You’, who do ‘NOT’ know History… “One of the Caesars of Rome”… had a “Horse”… as his “Domestic” partner! “The Roman Emperor Gaius Julius Caesar Germanicus (or just 'Caligula') lived between 12–41. AD” History if filled with such references of perversions; which were followed by the “Fall” of those nations.

*** (Leviticus 18:22-25) You shall NOT lie with mankind as with womankind. It is Abomination to God.
(Lev 18:23) And you shall NOT lie with any animal to defile yourself with it. And a woman shall NOT stand before an animal to lie down to it. It is a Perversion.
(Lev 18:24) Do NOT defile yourselves in any of these things. For in All these the nations are Defiled, which I [GOD] cast out before you.
(Lev 18:25) And the land is Defiled. Therefore I visit its WICKEDNESS on it, and the land itself VOMITS out those who live in it.

What areas of your “LIFE”… Have You compromised: for “Acceptance by Others”…? IF: you have Never been called a Bible Thumper… THEN: perhaps there is some Area…? I remember when at WORK… someone would tell a Filthy Joke. I knew what was coming and would Walk Away. During my work life… that simple act has led to several promotions by Management…. They Realized that I would NOT Compromise! But it has ALSO led to Mockery by my Co-Workers! IF: they Cursed Christ our LORD… THEN: one should NOT think it Strange -> they too will Curse YOU...! Then: Before the Return of Christ Jesus… will the WORLD be “More Evil”… or… “Less Evil”…? Simply PUT: What do the Scriptures “SAY”…?

*** (Genesis 6:5) And the LORD Jehovah saw that the wickedness of man was great in the earth; and every imagination of the thoughts of his heart was only evil continually. [Days of Noah]

*** (Titus 2:11-to-15) For the grace of God has appeared, bringing salvation to all people. [Psalms 98:2]
(Tit 2:12) It trains us to Renounce ungodly living and worldly passions SO that we might live Sensible, Honest, and Godly lives in the present world
(Tit 2:13) as we Wait for the blessed hope and the glorious Appearance of our great God and Savior, Jesus Christ. [Zachariah 12:10]
(Tit 2:14) He [Christ] gave Himself for us to set us free from every wrong and to cleanse us so that we could be His Special People who are enthusiastic about good works.
(Tit 2:15) These are the things you should Say. Encourage and Refute: with Full Authority. Do Not let anyone look down on you.