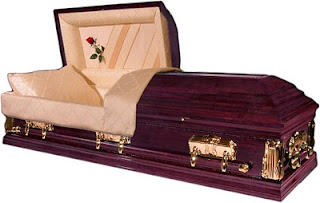 
IF you believe… in Heaven and Eternal Life… you must also believe in… The Lake of Fire and Eternal Damnation. These beliefs are synonymous and they cannot be exclusive! Many will speak about ‘God and Heaven’ but seldom mention “Hell and Damnation”. Somehow they do not… ‘really believe’… the Holy Word of God. Often I tell people… you cannot “Live” properly… till you are ready to “Die!”

*** (Proverbs 20:23) Differing weights are an abomination unto the LORD; and a false balance is not good.

Someone posted a question… on FB The Bible Discussions asking… “IF you had only a week to live, what would you change in your Life?” My response was… ‘Nothing!’ If you are not living in the state of ‘Eternal Readiness’ to… “Meet Jesus”… than you are ‘Not’ living right. Short Accounts and Personal Responsibility to God and to His Holy Word… enable the True Believer… to be ready at a moment’s notice = “For Eternity!”

Should our Lord Jesus… tarry, we will all face Death; as a part of the “Curse of Sin” that affects all of mankind. The problem is that death has been moved out of the Home and to the Hospital. Only 100-years ago, people usually died at home and all were cognitive of that fact. Today many do not even pre-plan their Funerals or Cremations… because they ‘do not want to’ even think about Death. They have a ‘man centered’ world view of life… instead of a “God centered”… world view.

*** (Ecclesiastes 3:10) I have seen the task which God has given to the sons of men to be humbled by it.

We make plans… for a Home, a Vehicle, a Family, Vacations and all the other particulars of Life… but do we ever settle the… “Death Question?” Where will ‘you’ spend eternity, “Personally?” But of course… then you must also think about your… “Loved Ones and Families”. For those that… “Know JESUS”… the hope of Eternal Life and Heaven is assured by the Holy Word of God. But for those that… “Reject JESUS”… the Curse of Eternal Damnation, not in Hell, but in the Eternal Lake of Fire, tormented… day & night… forever and forever!

*** (Revelation 20:10-to-15) And the Devil who deceived them was cast into the Lake of Fire and Brimstone, where the beast and the false prophet were. And he will be tormented day and night forever and ever.
(Rev 20:11) And I saw a great white throne, and Him sitting on it, from whose face the earth and the heaven fled away. And a place was not found for them.
(Rev 20:12) And I saw the dead, the small and the great, stand before God. And books were opened, and another book was opened, which is the Book of Life. And the dead were judged out of those things which were written in the books, according to their works.
(Rev 20:13) And the sea gave up the dead in it. And death and hell delivered up the dead in them. And each one of them was judged according to their works.
(Rev 20:14) And death and hell were cast into the Lake of Fire. This is the second death.
(Rev 20:15) And if anyone was not found having been written in the Book of Life, he was cast into the Lake of Fire.


Many Christians who share… ‘The Love of God’… Fail to share… “The Damnation of God!” The excuse away the Truth of the Holy Word of God… saying that people… “Will be Turned Off”… by sharing that. What they fail to realize… is that God, the God of the Bible is a “Just and Holy God!” He God… through Creation and by a Verbal Witness… has revealed His Truth to all of Mankind. This fact is not known to many Christians… because they “Do Not ‘Know’ their Bibles!”

*** (Psalms 98:2-3) Jehovah has made known His salvation; His righteousness He has unveiled to the eyes of the nations.
(Psalms 98:3) He has remembered His mercy and His truth toward the house of Israel; all the ends of the earth have seen the salvation of Jehovah.

*** (Psalms 19:1-to-4) To the Chief Musician. A Psalm of David. The heavens declare the glory of God; and the expanse proclaims His handiwork.
(Psalms 19:2) Day to day pours forth speech, and night to night reveals knowledge.
(Psalms 19:3) There is no speech nor are there words; their voice is not heard.
(Psalms 19:4) Their line has gone out through all the earth and their words to the end of the world. In them He has set a tabernacle for the sun,

To those seeking God… with their heart… even from Creation… does He give more light of the Revelation of Himself. When I was a new Christian I read a book that is no longer in print. It was a true story called… “Christs’ Witch Doctor”. It was about a young ‘shaman’ in the jungles of the Amazon… who searched for God… and found Him. Of course his search started out in the darkness of evil… but went to The Light of God.

Why do you think… that Satan does not want People to… ‘Read & Know’… their “Bibles?” It speaks of the Promises and the Damnations… of a Completely Holy and Just God! It reveals Gods’ plan for mankind and the results of ‘rejecting’… what God has provided for their Salvation. When Christ Jesus the Messiah… was Crucified, Died, Buried and… “Rose Again”… He showed His victory over the Last Enemy to be Destroyed… that is Death! As HE bowed His head and gave up His Spirit… His Last words were… “IT IS FINISHED!” Paid in Full!

*** (Mark 16:6) And he said to them, Do not be frightened. You seek Jesus of Nazareth, who was crucified. He is risen, He is not here. Behold the place where they laid Him.

‘Procrastination’ and “Self Importance”… will keep you from reading and studying your Bible to really know ‘what’ God has said in His Holy Word. Those that continually reject God’s “Gift of Love” to all mankind… will simply receive God’s Just Holiness in the final judgment of all things. There is NO… Second Chance! To believe in a death bed confession… is simply to say “NO”… to God’s Mercy and Grace. It is really because “YOU” care more about yourself than… about what God said in His Holy Word…!

*** (Hebrews 10:28-to-31) He who despised Moses' Law died without mercy on the word of two or three witnesses.
(Heb 10:29) Of how much worse punishment, do you suppose, will he be thought worthy of punishment, the one = who has trampled the Son of God, = and who has counted the blood of the covenant = with which he was sanctified an unholy thing, = and has insulted the Spirit of grace?
(Heb 10:30) For we know Him who has said, "Vengeance belongs to Me, I will repay, says the Lord." And again, "The Lord shall judge His people."
(Heb 10:31) It is a fearful thing to fall into the hands of the living God.

*** (John 3:18-to-21) He who believes on Him is not condemned, but he who does not believe is condemned already, because he has not believed in the name of the only-begotten Son of God.
(John 3:19) And this is the condemnation, that the Light has come into the world, and men loved darkness rather than the Light, because their deeds were evil.
(John 3:20) For everyone who does evil hates the Light, and does not come to the Light, lest his deeds should be exposed.
(John 3:21) But he who practices truth comes to the Light so that his works may be revealed, that they exist, having been worked in God.

One Last Thing… Stop Thinking about Heaven and Jesus… in Earthly Terms! You want to see your Family or Loved Ones… but they will be unimportant… when we see Jesus! Do you not know… that All will Be Changed…? The Things of Earth will pass away along with all human and earthly references. The New Heaven and the New Earth… will be created without any remembrance… of the past things, family or life.

*** (Revelation 21:3-to-6) And I heard a great voice out of Heaven saying, Behold, the tabernacle of God is with men, and He will dwell with them, and they will be His people, and God Himself will be with them and be their God.
(Rev 21:4) And God will wipe away all tears from their eyes. And there will be no more death, nor mourning, nor crying out, nor will there be any more pain; for the first things passed away.
(Rev 21:5) And He sitting on the throne said, Behold, I make all things new. And He said to me, Write, for these words are true and faithful.
(Rev 21:6) And He said to me, It is done. I am the Alpha and Omega, the Beginning and the End. To him who thirsts I will give of the fountain of the Water of Life freely.

(Micah 2:7) House of Jacob, it is said, The Spirit of Jehovah is limited, if these are His doings. = Do not = My Words = do good to him = who walks uprightly?