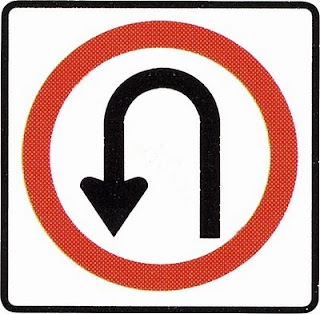 What is “Repentance”…? Can ‘one’, who is not; Born Again by the Holy Spirit of God… “Repent?” Is Repentance ‘really’ understood by those that call themselves, “Christian?” Can you write out what ‘Repentance’ means or explain what it means to another person, using the Bible? Did Judas really ‘repent’, after he betrayed Christ to those wicked Jews; that had the Romans crucify Him? When you are stopped by a ‘Radar Cop’… and ‘say’ you are Sorry… is that really, “Repentance?”

*** (Acts 17:30-31-32) Truly, then, God overlooking the times of ignorance, now He strictly commands all men everywhere to “Repent”,
(Acts 17:31) because He has appointed a day in which He is going to judge the world in righteousness by a Man whom He appointed, having given proof to all by raising Him from the dead.
(Acts 17:32) And hearing of a resurrection of the dead, some indeed mocked; and others said, we will hear you again concerning this.

Knowing ‘about’ Jesus… is “Not” the same as… “Knowing Jesus!” In China with its 2.5 billion people, Christmas is their second largest holiday. Surely most ‘do not’ know Jesus! Knowing about ‘right & wrong’… is ‘not’ the same as doing right. One is ‘only’ a head belief and the other is obedience to God and to His Holy Word. Many of the religious Jews of Jesus’ day, ‘knew about’ God and His Word… but many ‘did not’… live out His Word.

*** (James 1:22) Keep on being doers of the Word, and ‘not’ merely hearers who deceive themselves.

In the Bible… the NT and the OT, the word Repentance has a different meaning than the common understanding by most. It is a different as ‘really’ knowing God… as ‘knowing about’ God! The word “Repent” in the Greek NT is a word defined by… “Changing one’s mind = with a ‘corresponding’ = change of actions!” IF you steal and repent and steal again, did you really repent… the first time? Absolutely not, for there is “NO” change of …‘Heart & Mind & Actions!’

*** (1Kings 15:11-12-13) And Asa did what was right in the eyes of Jehovah, as David his father did.
(1Ki 15:12) And he took away the sodomites out of the land and removed all the idols that his fathers had made.
(1Ki 15:13) And also he even removed his mother Maachah from being queen because she had made an idol in a grove. And Asa destroyed her idol and burned it by the torrent Kidron.


Obviously Asa… who had a relationship with God and His Word… demoted his very own mother from being queen. Her heathen idol practices had not part in the Kingdom of Israel. When one really knows and obeys God, there are always some tough choices to be made, even with family members. How serious is your relationship with Jesus? It is enough to obey His Word, no matter what the consequences? That obedience is a demonstration of True Biblical Repentance.

*** (Luke 16:13) "No servant can serve two masters. For either he will hate one and love the other, or be loyal to one and despise the other. You cannot serve God and riches!"

*** (1Corinthians 5:9-10-11) I wrote to you in my letter to stop associating with people who are sexually immoral-
(1Cor 5:10) not at all meaning the people of this world who are immoral, or greedy people, robbers, or idolaters. In that case you would have to leave this world.
(1Cor 5:11) But now I am writing to you to stop associating with any so-called brother if he is sexually immoral, greedy, an idolater, a slanderer, a drunk, or a robber. With such a person you must even stop eating.

Whose side are you… really on? You say you ‘Love Jesus’… yet you are torn between… obeying Him and His Word; and ‘some’ family members. Yes, even those that say they are Christian and still practice immorality, greed, stealing, drinking, adultery and idolatry. Yet Jesus is quite ‘emphatic’, as stated in His Word, posted above. About now, someone is saying, “But HOW… will I be a good witness, to those that are without Christ?” Did you notice the Word says… but if one is a “So-Called Brother [Christian]”… and practices ‘those things’.

*** (1Peter 4:1-to-5) Therefore, since Christ suffered in the sphere of the flesh, you, too, must arm yourselves with the same determination. For the person who has suffered in the sphere of the flesh has stopped sinning,
(1Pet 4:2) so that he can live the rest of his time in the flesh guided, not by human desires, but by the will of God.
(1Pet 4:3) For you spent enough time in the past doing what the gentiles like to do, living in sensuality, sinful desires, drunkenness, wild celebrations, drinking parties, and detestable idolatry.
(1Pet 4:4) They insult you now because they are surprised that you are no longer joining them in the same excesses of wild living.
(1Pet 4:5) They will give an account to the one who is ready to judge the living and the dead.

“Repentance” for the ‘True Believer’… is simply choosing… “Whose Side ‘you’ are On?” If you truly are a ‘Disciple of Christ’, then there is a cost for that “Fellowship / Discipleship!” Do you remember the First Commandment? If Jesus is LORD… serve Him! But if you put your ‘friends’… before ‘Him’ and ‘Obedience’ to His Holy Word… “He is truly ‘Not Lord’ in your life!” That is what the Word says, or do you read something different…? Salvation is pictured in the marriage relationship. That same… ‘Faithfulness’… is expected and requited… by both parties.

*** (Ephesians 5:28-to-33) In the same way, husbands must love their wives as they love their own bodies. A man who loves his wife loves himself.
(Eph 5:29) For no one has ever hated his own body, but he nourishes and tenderly cares for it, as Christ does the church.
(Eph 5:30) For we are parts of his body-of his flesh and of his bones.
(Eph 5:31) "That is why a man will leave his father and mother and be united with his wife, and the two will become one flesh."
(Eph 5:32) This is a great mystery, but I am talking about Christ and the church.
(Eph 5:33) But each individual man among you must love his wife as he loves himself; and may the wife reverence her husband.

*** (Zephaniah 1:4-5-6) I [God] will also stretch out My hand on Judah and on all the people of Jerusalem. And I will cut off the remnant of Baal from this place, the name of the idol-worshipers, with the priests,
(Zeph 1:5) and those bowing to the host of heaven on the housetops, and those bowing, = swearing to Jehovah, = also swearing by Malcham;
(Zeph 1:6) and those drawing back from Jehovah, and who have not sought Jehovah, nor asked for Him.

Knowing first, “WHO”… you love & serve, will help you ‘First’ to understand what “Repentance” is all about. “Repent from What…?” Continued in the following parts…!