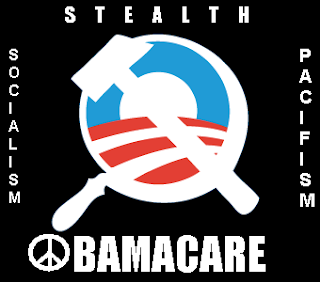 *** (Habakkuk 3:17-18-19) Though the fig tree shall not blossom, and fruit is not on the vines; the labor of the olive fails, and the fields yield no food. The flock is cut off from the fold, and no herd is in the stalls;
(Hab 3:18) yet I will rejoice in the LORD Jehovah, I will joy in the God of my salvation.
(Hab 3:19) Jehovah the Lord is my strength, and He will make my feet like hinds' feet, and He will make me to walk on my high places. To the chief singer on my stringed instruments.

“Obamacare” has passed the… USA Supreme Court challenge…! What has that done to the “Rule of Law”… which has become the “Foundation of the USA”…? Many of those in Congress have before approved it… without reading the “1,300 + pages Document” Where does that leave those ‘Born Again Christians’… who really “Love America”…? Perhaps their ‘LOVE’ for America… was based in… “Ignorance & Unbalanced”…? They say they Love JESUS… and then have been “Silent ‘About’ Abortion” these many years…! Since the 1973 ‘Roe-V-Wade’ decision… the “Systematic MURDER” of Innocent ‘UNBORN’ Babies by Abortion… has continued in “Silence!” Most Americans, especially Born Again Christians… have been “Largely Silent”… about this Abomination…! There are even two states, “Washington & Oregon”… who have Legalized Murder –> Euthanized –> the ‘Murder’ of the Elderly! ‘How Long’… is it supposed to take till… “America Reaps… what it Sows”…?

*** (1Timothy 5:24) Some men's sins are open beforehand, going before to judgment. And some they also follow after.

*** (Matthew 5:13) You are the salt of the world. But if the salt should lose its taste; how can it be made salty again? It's good for nothing but to be thrown out and trampled on by people.

Israel in their “Disobedient & Backslidden” condition… was ‘NOT’ half as bad… as America is in their “Debauchery”…! Say it isn’t So…?

Americans… have “More Bibles” per capita than; any other ‘Nation’.

American… Mothers have MURDERED Over 55,000,000 Million “INNOCENT” Babies by Abortion.

*** (Luke 12:48) But he not knowing, and doing things worthy of stripes, shall be beaten with few stripes. For to whomever much is given, of him much shall be required. And to whom men have committed much, of him they will ask the more.

*** (Jeremiah 31:29) In those days they shall not say any more, The fathers have eaten sour grapes, and the teeth of the sons are dull.

*** (Deuteronomy 12:28-to-32) Be careful to hear all these words which I command you, so that it may go well with you and with your sons after you forever, when you do the good and right in the sight of the LORD Jehovah your God.
(Deut 12:29) When the LORD Jehovah your God shall cut off the nations before you, where you go to possess them, and you take their place and dwell in their land,
(Deut 12:30) take heed to yourself that you do Not become snared by following them, after they are destroyed from before you, and that you do Not ask about their gods, saying, How did these nations serve their gods, that I too may do likewise?
(Deut 12:31) You shall Not do so to the LORD Jehovah your God. For every abomination to the LORD Jehovah, which He hates, they have done to their gods; even their sons and their daughters they have burned in the fire to their gods.
(Deut 12:32) All the things I command you, be careful to do it. You shall not add to it, nor take away from it.

*** (2Kings 17:14-to-17) But they would not hear, but hardened their necks, like the neck of their fathers who did not believe in the LORD Jehovah their God.
(2Ki 17:15) And they rejected His statutes and His covenant which He made with their fathers, and His testimonies which He testified against them. And they went after the vain thing, and became vain, and after the nations around them, concerning whom the LORD Jehovah had charged them Not to do like them.
(2Ki 17:16) And they “Left” all the commandments of the LORD Jehovah their God, and made molten images, two calves, for themselves. And they made an Asherah and worshiped all the host of heaven, and served Baal.
(2Ki 17:17) And they caused their sons and their daughters to pass through the fire. And they used divination and incantations, and sold themselves to do evil in the sight of the LORD Jehovah, to provoke Him to anger.

Israel was ‘NOT’ restored as a Nation… and “Neither” will America…! Did ‘You’ notice those speaking about… “Revival”… ‘NEVER’ speak about “REPENTANCE”… “FIRST”…? They want “Revival”… so their Lifestyles may be ‘Restored’…! But ‘Never’… for the Glory of God…! America has had it too good –> for too long. Most of those why lived through the “Great Depression”, circa 1920’s… have passed into eternity. Ever wonder why there are so many Illegals coming to America…? The Average American… is too “PRIDEFULL”… to do those menial jobs. All the Americans want is… “Entertainment & To PARTAY”…! Why else do ‘You’ thinks, “Sports”… has taken over the American mindset. They are the “New gods” [small G] of America! Movies, Video Games, Internet and their LIKE… have so infatuated Americans… that they cannot even “THINK & REASON”…! They like Dumb Sheep… who follow their “False Shepard”! Why else would so Very Many have ‘VOTED’ for Change…? But, “Change to What”…? A Lawless Non-Constitutional country… and the ‘Pretend Freedoms’ that come with those “LIES”…? Ever wonder… “Why” our US American Soldiers are… “Fighting & Dying” in Wars for those… “Who HATE AMERICA”…?

*** (2Kings 17:33) They feared Jehovah the Lord; and [also] served their own [false] gods; according to the custom of the nations: whom they removed from there.

Repentance – 101 Blog  [1/6]
http://truth459.blogspot.com/2010/09/repentance-101blog-1.html
…
*** (Luke 3:8) Therefore bring forth fruits worthy of repentance; and do not begin to say within yourselves; We have Abraham for our father. For I say to you that God is able to raise up children to Abraham: from these stones.

“Personal Repentance” is ‘NEEDED’ among “ALL”… who say they are Truly Born Again… by the Holy Spirit of GOD…! God will ‘NOT’ heal our nation…! But then perhaps His Real Children will “NOT” Lose their Rewards… “IF True ‘REPENTNCE’ Happens”…! What do… “You & I”… “Now DO”…? We first ask GOD… that He would ‘personally’ give “Each” of His Real Children… “Real Holy Spirit Repentance!” Open your Bible and ‘Read Out Loud’… “2Timothy 2:25-26”…? Any turnaround of a peoples… begins with the “Individual First”. Of course there will be the “Nay–Sayers”… who will quote: “2Chronicles 12:14”. But remember that was written to “Israel”… and “NOT” to Americans… to heal their Nation! OR did YOU Purposely MISS…

*** (1Corinthians 3:11-to-15) After all, no one can lay any other foundation than the one that is already laid, and that is Jesus Christ.
(1Cor 3:12) Whether a person builds on this foundation with gold, silver, expensive stones, wood, hay, or straw,
(1Cor 3:13) the workmanship of each person will become evident, for the day will show what it is, because it will be revealed with fire, and the fire will test the quality of each person's work.
(1Cor 3:14) If what a person has built on the foundation survives, he will receive a reward.
(1Cor 3:15) If his work is burned up, he will suffer loss. However, he himself will be saved, but it will be like going through fire.