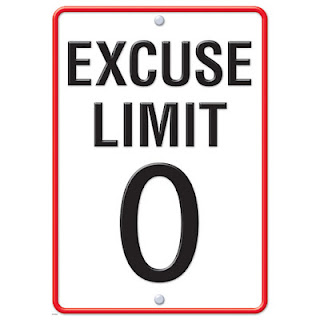 *** (2Corinthains 4:3-to-7) So if our gospel is veiled, it is veiled to those who are dying.
(2Cor 4:4) In their case, the god of this world [Satan] has blinded the minds of those who do not believe to keep them from seeing the light of the glorious gospel of Christ, who is the image of God.
(2Cor 4:5) For we do not preach ourselves; but Jesus Christ as Lord, and ourselves as merely your servants for Jesus' sake.
(2Cor 4:6) For God, who said, "Let light shine out of darkness," has shone in our hearts to give us the light of the knowledge of God's glory in the face of Jesus Christ.
(2Cor 4:7) But we have this treasure [Romans 8:9] in clay jars [human bodies] to show that its extraordinary power comes from God and: ‘Not’ from us.

*** (Psalms 98:2) The LORD Jehovah has made known His salvation; His righteousness He has unveiled to the eyes of the nations [Gentiles].

*** (Psalms 19:1-to-6) To the Chief Musician. A Psalm of David. The heavens declare the glory of God; and the expanse proclaims His handiwork.
(Psa 19:2) Day to day pours forth speech, and night to night reveals knowledge.
(Psa 19:3) There is no speech nor are there words; their voice is not heard.
(Psa 19:4) Their line has gone out through all the earth and their words to the end of the world. In them He has set a tabernacle for the sun,
(Psa 19:5) and he comes forth as a bridegroom from his canopy; he rejoices as a strong man to run a race,
(Psa 19:6) going forth from the end of the heavens, and its course is to their ends. And there is nothing hid from its heat.

*** (Romans 1:17-to-20) For in it God's righteousness is being revealed from faith to faith, as it is written, "The righteous will live by faith."
(Rom 1:18) For God's wrath is being revealed from heaven against all the ungodliness and wickedness of those who in their wickedness suppress the truth.
(Rom 1:19) For what can be known about God is plain to them, because God himself has made it plain to them.
(Rom 1:20) For since the creation of the world his invisible attributes-his eternal power and divine nature-have been understood and observed by what he made, so that people are: –> “Without Excuse.”

Did ‘You’ ever wonder about the ‘fairness’ of God…? What about the heathen in third world countries, “How do they hear the Gospel?” Or those living under the ‘Threat of Islam’… who are put to death if they leave Islam…? Or what about your neighbor who does not ‘choose’ to speak English…? How do all these hear about God…? This morning, I opened my closet… only to find an “Old Pentium II” had ‘Evolved’ into a ‘New’… “I7 dual core Computer!” BTW, that was a “Hyperbole!” Yes, an over exaggeration to show how very absurd evolution is. “Complexity does not come from Simplicity” So too, those who ‘Reject God’… have had the “Complexity of Creation” as a witness of God and His Holy Majesty. And so they are… “All Without Excuse!”

*** (Psalms 14:1) To the Chief Musician. A Psalm of David. The fool has said in his heart, There is “No God!” They acted corruptly; they have done abominable works, there is none who does good.

*** (Jude 1:17-18-19) But you, beloved, remember the words spoken before by the apostles of our Lord Jesus Christ,
(Jud 1:18) because they told you that at the last time there will be “Mockers” according to their lusts, leading ungodly lives.
(Jud 1:19) These are those setting themselves apart, animal-like ones, ‘Not’ having the [Holy] Spirit. [Romans 8:9]

*** (2Peter 3:15-16) And think of the long-suffering of our Lord as salvation as our beloved brother Paul also has written to you according to the wisdom given to him
(2Pet 3:16) as also in all his letters, = speaking in them of these things; = in which are some things hard to be understood, = which the “Unlearned” and “Unstable” = “Pervert”, = as ‘Also’ they do the rest of the = SCRIPTURES, = to their own destruction [Damnation].

If anyone has a “Contradiction with the Scriptures”… the Holy Word of GOD… it comes from ‘Within’ them. How can that ‘Be’…? Simply, we are all born as ‘Sinners!’ “SIN is the Root”… and “Sins are its FRIUT”…! Does a ‘Child’ have to be… “Taught: to Lie, to Steal or to Cheat?” That was a rhetorical question. “Absolutely Not”…! It simply comes naturally as part of their own human nature. “IF” we were born without SIN… “THEN” we would as Children… ‘Always Obey our Parents!’ So too the ‘Adult’ schemes to Sin: they are not forced into Sin! It is ‘Always’ their “Choice”…! Adults simply develop patterns of “Sin” which they are ‘Comfortable’ with. That is until someone presents… “The ‘Holy’ Standard of God’s Holy Word: the Bible!” Then we as sinners automatically defend our ‘Position!’ God has simply ‘Commanded’… “All Men Everywhere –> To REPENT”..! Please allow me to ask… “Did ‘You’ obey God’s Command”…? Those who have ‘NOT’… have that “Contradiction & Rebellion”… from ‘Within’ and “Not from Without!”

*** (Romans 5:17-18-19) For if, through one man [Adam], death ruled because of that man's offense, how much more will those who receive such overflowing grace and the gift of righteousness rule in life because of one man, Jesus Christ!
(Rom 5:18) Consequently, just as one offense resulted in condemnation for everyone, so one act of righteousness results in justification and life for everyone.
(Rom 5:19) For just as through one man's disobedience many people were made sinners, so also through one man's obedience many people will be made righteous.

*** (James 1:13-to-16) When someone is tempted; he should not say, “I am being tempted by God,” –> because God cannot be tempted by evil; nor does He tempt anyone.
(Jas 1:14) Instead, each person is tempted by his own desire [lust]; being lured and trapped by it.
(Jas 1:15) When that desire [lust] becomes pregnant; it gives birth to Sin; and when that sin grows up [matures]; it gives birth to Death.
(Jas 1:16) Do ‘not’ be deceived; my dear brothers.
…
“Are You ‘TEMPTED?’ – 101” …Blog.
http://truth459.blogspot.com/2012/01/are-you-tempted-101-blog.html
…
“Christ Jesus” paid the price… for the Redemption of All…! But only ‘Few’ accepted that; and ‘Most’ have rejected that. Actually there are ‘Only Two Ways’ to be “Redeemed!” Christ Jesus did it all… Or ‘You’ somehow participate in ‘Your Own Redemption.’ Since God will… “Only Accept Perfection”… ‘You’ cannot help in your redemption…! Religion replaces God’s Holy Word… and is part of that ‘Human Rebellion’ against God! “Religion” simply says… “I did it My Way!” Did ‘You’ ever notice, Religion does NOT use the Bible as its “Only Standard”… but ‘Substitutes’… their Church Denominations Teachings…?

*** (Isaiah 64:6) But we are all as the unclean thing, and all our righteousnesses are as a “Menstruation Cloth”. And we all fade as a leaf; and our iniquities, like the wind, have taken us away

Please allow me to ask you a “Question”…? How does a ‘Finite Human Being’… earn their “Eternal Salvation”… from an “Infinite God”…? He or She… “Can Not!” Mankind is “Sinful” by nature… born in ‘Sin & Trespasses’… passed on to the Human Race… by the ‘Rebellion & Disobedience’… of Adam & Eve…! We are born “Sinful”… and that is why Christ Jesus came… to redeem a Lost Human Race! How then can a sinful person… earn salvation… from a Holy Eternal God…? They “Cannot earn salvation”… it is the “Gift of God”… by His Grace, Love & Mercy…! What it gets down to is… Who do ‘You’ Believe…? God and His Holy Word… or what some Church Denomination… “Teaches”…?

*** (Revelation 20:10-to-15) And the Devil who deceived them was cast into the Lake of Fire and Brimstone, where the beast and the false prophet were . And he will be tormented day and night forever and ever.
(Rev 20:11) And I saw a great white throne, and Him sitting on it, from whose face the earth and the heaven fled away. And a place was not found for them.
(Rev 20:12) And I saw the dead, the small and the great, stand before God. And books were opened, and another book was opened, which is the Book of Life. And the dead were judged out of those things which were written in the books, according to their works.
(Rev 20:13) And the sea gave up the dead in it. And death and hell delivered up the dead in them. And each one of them was judged according to their works.
(Rev 20:14) And death and hell were cast into the Lake of Fire. This is the second death.
(Rev 20:15) And if anyone was not found having been written in the Book of Life, he was cast into the Lake of Fire.