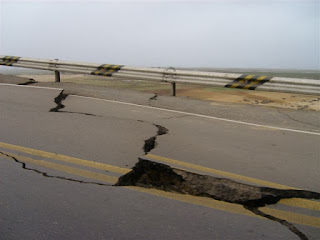 A man and his wife… were taking a Sunday afternoon drive. Their children were grown and some had even started a family of their own. The Wife was reminiscing about their early dating years and the romance they shared in their Younger years. She was remembering and sharing how they often took drives by themselves! Yes even before those ‘responsibilities of life’ seemed to have crowded, out those first times. She said to her Love, “Remember when we used to sit so close together; that it seemed like a, ‘Two Headed Driver?’ Her husband smiled and replied with a whispered…

*** (Revelation 2:1-ti-5) To the angel of the church of Ephesus write: He Who holds the seven stars in His right hand, Who walks in the midst of the seven golden lamp stands, says these things.
(Rev 2:2) I know your works and your labor and your patience, and how “You” cannot bear them are evil. And are have ‘Tried’ of those: ‘Pretending’ to be apostles; and are ‘Not’; and have found them “LIARS!”
(Rev 2:3) And “You” have borne, and have patience, and for My name's sake “You” have labored and have not fainted.
(Rev 2:4) But I have this against “You’’: that “You” have LEFT: your first love. [Who Moved?]
(Rev 2:5) Therefore remember from where “You” have fallen, and “Repent”: and Do the first works, or else I will come to “You” quickly and will remove your lamp stand [witness] out of its place: unless “You” repent.

*** (1Corinthians 6:9-10-11) “You” know that wicked people will not inherit the kingdom of God, don't “You’’? Stop deceiving yourselves! Sexually immoral people, idolaters, adulterers, male prostitutes, homosexuals,
(1Cor 6:10) thieves, greedy people, drunks, slanderers, and robbers will ‘NOT’ inherit the kingdom of God.
(1Cor 6:11) That is what some of “You” ‘were!’ But “You” were ‘Washed’, “You” were ‘Sanctified’, “You” were ‘Justified’ in the Name of our Lord Jesus Christ and in the Spirit of our God.

Someone is “LYING”… about being Redeemed, Washed, Sanctified & Justified! Say it isn’t “SO?” How could one “Truly Redeemed” by the Precious Blood of Christ Jesus: then REJECT: another of the Body of Christ…? Please answer this “Question”…?

And those in the Church… WHO: “Validate that Divorce”: somehow hold to a “Double Standard” for the Church.  Someone is “LYING”…! [John 8:44]

A Practicing… Liar, Thief, Adulterer, Homosexual must “NOT” practice their ‘SIN/SINS’…! Especially in their Church!  Surely they will be the “First”: to tell them ‘So!’

But ‘One’ who… says they are Born Again can: “Divorce & “Remarry into Adultery!” [Mark 10:11-12] And the Church is “SILENT” about their “Practice of Adultery!” What is wrong with that “Picture”…? Please answer this “Question”…?

… MOST do not realize that it was ‘NOT’… the Roman soldiers –> that nailed Christ Jesus to the Cross…! It was the “SINS” of… “ME, My Sins”… that Nailed ‘HIM’ to that Cross…! True Biblical Confession happens ‘Only’ –> when we are willing to take that… “Personal Responsibility” of: –> “My Sins Nailed ‘HIM’ [Christ Jesus] –> there to that Cross”…!