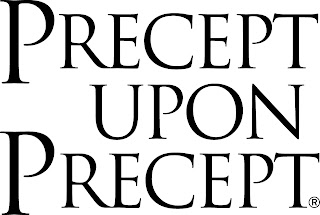 *** (Revelation 20:12) And I saw the dead, the small and the great, stand before God. And books were opened, and another book was opened, which is the Book of Life. And the dead were judged out of those things which were written in the books, according to their works.

What is the “Slippery Slope”…? Simply put, Definition of the “SLIPPERY SLOPE”: a course of action that seems to lead inevitably from one action or result to another with unintended consequences. Perhaps, an example from ‘American Life?’ “Pot” is often called a gateway drug, and will lead to use of harder drugs. Does this sound like a “Slippery Slope”…? Americans spend over “Four Trillion Dollars” each year on Illegal Drugs & Marijuana. Of course the ‘Pot & Drug’ user will simply say, “I can quite anytime I want to: but do ‘Not’: “Want TO!” They will use their illegal drugs and then justify their ‘Rebellion’ against society and ‘our nation’, America! Who then is the “Real Enemy”… ‘Them’ or the ‘9-11: Terrorists’…?

Here is another excuse… that can be seen in the “Travesty of Murder!” Most will tell ‘You’ that: “Murder is wrong!” But will approve “Abortion!” That is the Murder of the Unborn Innocent Child…! But let someone harm the ‘Pregnant Woman’… and that is then: “Wrong!” This Christmas will “NOT” be Celebrated: by the “55,000,000 – Million Innocent Babies MURDERED by Abortion!” EACH DAY: Over 4,000 – Innocent Babies – are “Murdered by Abortion in America!” More Innocent Babies have been “Murdered by Abortion”… than: ALL Soldiers in ALL Wars; Police & Fireman: “KILLED in ALL” the 237-year ‘History of the USA’. “Partial Birth Abortion” is where the “Term ‘Innocent’ Baby” is born “Feet First” and then a Needle is inserted into the Brain Stem to “Murder that Innocent Baby”. Yet there are Convicted murders who sit on Death Row for years. What is wrong with that ‘Thinking’…? The Absolute Truth is Murder of the Innocent is Wrong: Because: “God said SO”…!

*** (Proverbs 6:32) Whosoever commits Adultery with a woman lacks understanding; he who does it destroys his own soul.

*** (1Corinthains 6:18-19-20) Keep on running away from Sexual Immorality. Any other sin that a person commits is outside his body; but the person who sins sexually sins against his own body.
(1Cor 6:19) You know that your body is a sanctuary of the Holy Spirit who is in you, whom you have received from God, don't you? You do not belong to yourselves,
(1Cor 6:20) because you were bought for a price. Therefore, glorify God with your bodies.

*** (1Corinthains 5:11-12-13) But now I am writing to you to stop associating with any so-called brother if he is sexually immoral, greedy, an idolater, a slanderer, a drunk, or a robber. With such a person you must even stop eating.
(1Cor 5:12) After all, is it my business to judge outsiders? You are to judge those who are inside, aren't you?
(1Cor 5:13) God will judge outsiders. "Put that wicked man away from you."

What has the “Slippery” Slope done to: ‘Human Sexuality’…? God has demanded in His Holy Word: That sex was to be reserved for the Marriage Covenant. Did God provide the, “Ten Commandments” or the “Ten Suggestions” for: “All Mankind”…? In “Romans 1:22-to-32”: one can easily see that the Slippery Slope has moved from Natural Sexuality! From “Man & Woman”: to that of Perverted Homosexuality, “Man & Man” and “Woman & Woman”. God gave them over to a Reprobate Mind: Because they have: “REJECTED GOD & His Holy Word”…! Simply read the “Progression” of the “Slippery Slope” that comes from the “Rejection & Disobedience” of mankind to a Holy God.

*** (Romans 1:22-to-32) Though claiming to be Wise; they became Fools
(Rom 1:23) and exchanged the glory of the immortal God for images that looked like mortal human beings, birds, four-footed animals, and reptiles.
(Rom 1:24) For this reason, God gave them over to impurity to follow the lusts of their hearts and to dishonor their bodies with one another.
(Rom 1:25) They exchanged God's Truth: for a Lie and worshipped and served the creation rather than the Creator, who is blessed forever. Amen.
(Rom 1:26) For this reason, God gave them over to degrading passions. Even their females exchanged their natural sexual function for one that is unnatural.
(Rom 1:27) In the same way, their males also abandoned the natural sexual function of females and burned with lust for one another. Males committed indecent acts with males, and received in themselves the appropriate penalty for their perversion.
(Rom 1:28) Furthermore, because they did not think it worthwhile to retain the full knowledge of God; God gave them over to degraded minds to perform acts that should not be done.
(Rom 1:29) They have become filled with every kind of wickedness, evil, greed, and depravity. They are full of envy, murder, quarreling, deceit, and viciousness. They are gossips,
(Rom 1:30) slanderers, God-haters, haughty, arrogant, boastful, inventors of evil, disobedient to their parents,
(Rom 1:31) foolish, faithless, heartless, ruthless.
(Rom 1:32) Although they know God's just requirement-that those who practice such things deserve to die-they not only do these things but even applaud others who practice them.

For those of ‘You’, who do ‘Not’ know history… “One of the Caesars of Rome”… had a “HORSE”… as his “Domestic” partner! “The Roman Emperor, “Gaius Julius Caesar Germanicus” (or just 'Caligula') lived between 12–41. AD” History if filled with such references of perversions; which were followed by the “Fall” of those nations.

The Exactness of the Holy Word of GOD… has a preventative to the ‘Destruction of a Nation!’ Yes, Americans we have “Not”: Listened & Obeyed –> God & His Holy Word… so America is on its way Out! The “Rejection by a Peoples”… has even afflicted ISRAEL; God’s chosen people. Not even their “70 – year Babylonian captivity” changed their minds. They soon returned to “False Gods!” And “American Christians” did: “Not even REPENT” when we were visited by God’s Chastening of “9-11”. All the terror of that act, a mere “11 – years ago”: has not changed America!

*** (2Peter 2:1-to-5) Now there were false prophets among the people, just as there also will be false teachers among you, who will secretly introduce destructive heresies and even deny the Master who bought them, bringing swift destruction on themselves.
(2Pet 2:2) Many people will follow their immoral ways, and because of them the way of Truth [John 17:17] will be maligned.
(2Pet 2:3)  In their greed they will exploit you with deceptive words. The ancient verdict against them is still in force, and their destruction is not asleep.
(2Pet 2:4) For if God did not spare angels when they sinned, but threw them into the lowest hell and committed them to chains of deepest darkness to be kept for judgment;
(2Pet 2:5) and if He did not spare the ancient world but protected Noah, a preacher of righteousness, and seven others when he brought the flood on the world of ungodly people;
(2Pe 2:6) and if He condemned the cities of Sodom and Gomorrah and destroyed them by burning them to ashes, making them an example to ungodly people of what is going to happen to them;

*** (Luke 3:8) Therefore, bring forth fruits worthy of repentance; and do not begin to say within yourselves; We have Abraham for our father. For I [Jesus] say to you; that God is able to raise up children to Abraham from these stones.
…
Repentance – 101 Blog  [1/6]
http://truth459.blogspot.com/2010/09/repentance-101blog-1.html
…
*** (1Peter 4:17-18) For the time has come for judgment to begin with the household of God. And if it begins with us, what will be the outcome for those who refuse to obey the gospel of God?
(1Pet 4:18) "If it is hard for the righteous person to be saved, what will happen to the ungodly and sinful person?"