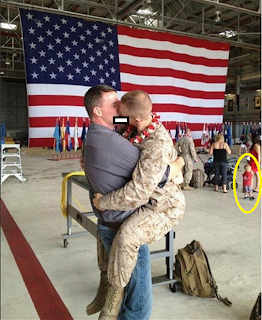 *** (Matthew 12:30-to-33) The one who is Not with Me [Jesus] is against Me, and the one who does Not gather with Me scatters.
(Matt 12:31) Therefore I say to you, All kinds of sin and blasphemy shall be forgiven to men, but the blasphemy against the Holy Spirit shall Not be forgiven to men.
(Matt 12:32) And whoever speaks a word against the Son of Man, it shall be forgiven him. But whoever speaks against the Holy Spirit, it shall Not be forgiven him, either in this world or in the world to come.
(Matt 12:33) Either make the Tree good and its Fruit good, or else make the Tree corrupt and its Fruit corrupt; for the Tree is known by its Fruit.

*** (Luke 11:23-to-26) He who is Not with Me [Jesus] is Against Me, and he who does Not gather with Me scatters.
(Luke 11:24) When the unclean spirit has gone out of a man, he walks through dry places seeking rest. And finding none, he says, I will return to my house from which I came out.
(Luke 11:25) And when he comes, he finds it swept and decorated.
(Luke 11:26) And he goes and takes seven other spirits more wicked than himself, and entering in, they dwell there. And the last state of that man is worse than the first.

*** (Revelation 3:14-14-15) And to the angel of the church of the Laodicea write: The Amen, the faithful and true Witness, the Head of the creation of God, says these things:
(Rev 3:15) I know your works, that you are Neither Cold nor Hot. I would that you were Cold or Hot.
(Rev 3:16) So because you are Lukewarm, and neither cold nor hot, I will “Vomit” you out of my mouth.

Have You ever been to an “Italian Restaurant” … and been served a ‘Lukewarm’: Spaghetti or Lasagna …? I have & immediately made them bring me a Hot one! Today, in “Christendom”, there is an “Inordinate Tolerance” for the Sinner! Especially when the Media, has toted their lifestyles as: ‘Acceptable’. When is a “Real Christian”… supposed to be “Tolerant of Debauchery”…? Would You be tolerant of a… “Child Pornographer”…? What about those that are “Pedophiles”…? How about Ted Kaczynski, the Unabomber…? Or Timothy McVeigh, the Oklahoma Bomber. Most would say that ALL these, should get their “Just Judgment!” But when it comes to “Witnessing to a Homosexual”, one is immediately branded a “Homophobic!” Our American ‘news & entertainment’ media has so Brainwashed our country that SOMEHOW… we are “Supposed Be ACCEPTING”… of them and their “Homosexual Lifestyles & Marriages”…! Absolutely NOT…! Did You notice that I did NOT use the word, “GAY”…? The media would negate the meaning of Homosexual: and temper it with “GAY!” God calls SIN, exactly what it is and so will I…! And SO Should… “YOU!”

For those of ‘You’, who do ‘Not’ know history… “One of the Caesars of Rome”… had a “Horse”… as his “Domestic” partner! “The Roman Emperor Gaius Julius Caesar Germanicus (or just 'Caligula') lived between 12–41. AD” History if filled with such references of perversions; which were followed by the “Fall” of those nations. “Adam & Eve”: “NOT”… “Bill & Steve”!

*** (Leviticus 18:22-to-25) You shall NOT lie with mankind as with womankind. It is Abomination to God.
(Lev 18:23) And you shall NOT lie with any animal to defile yourself with it. And a woman shall NOT stand before an animal to lie down to it. It is a Perversion.
(Lev 18:24) Do NOT defile yourselves in “ANY” of these things. For in all these the nations are defiled, which I [God] cast out before you.
(Lev 18:25) And the land is Defiled. Therefore I [God] visit its Wickedness on it, and the land itself VOMITS out those who live in it.

*** (Rom 1:18-to-32) For God's wrath is being revealed from heaven against all the ungodliness and wickedness of those who in their wickedness Suppress the Truth.
(Rom 1:19) For what can be known about God is plain to them, because God himself has made it plain to them.
(Rom 1:20) For since the creation of the world his invisible attributes-his eternal power and divine nature-have been understood and observed by what he made, so that people are without excuse.
(Rom 1:21) For although they knew God, they neither glorified him as God nor gave thanks to him. Instead, their thoughts turned to worthless things, and their ignorant hearts were darkened.
(Rom 1:22) Though claiming to be wise, they became fools
(Rom 1:23) and exchanged the glory of the immortal God for images that looked like mortal human beings, birds, four-footed animals, and reptiles.
(Rom 1:24) For this reason, God gave them over to impurity to follow the lusts of their hearts and to dishonor their bodies with one another.
(Rom 1:25) They exchanged God's truth for a Lie and worshipped and served the creation rather than the Creator, Who is blessed forever. Amen.
(Rom 1:26) For this reason, God gave them over to degrading passions. Even their females exchanged their natural sexual function for one that is unnatural.
(Rom 1:27) In the same way, their males also abandoned the natural sexual function of females and burned with lust for one another. Males committed indecent acts with males, and received in themselves the appropriate penalty for their perversion.
(Rom 1:28) Furthermore, because they did not think it worthwhile to retain the full knowledge of God, God gave them over to degraded minds to perform acts that should not be done.
(Rom 1:29) They have become filled with every kind of wickedness, evil, greed, and depravity. They are full of envy, murder, quarreling, deceit, and viciousness. They are gossips,
(Rom 1:30) slanderers, God-haters, haughty, arrogant, boastful, inventors of evil, disobedient to their parents,
(Rom 1:31) foolish, faithless, heartless, ruthless.
(Rom 1:32) Although they know God's just requirement-that those who practice such things deserve to die; they not only do these things but even applaud others who practice them.

Why do I share God’ Truth: from His Holy Word, the Bible…? Simply because, there are some “Pseudo Christians”… who are “Ashamed” of His Holy Word! They will readily say that a Murderer or some other sin is WRONG: but they will NOT Openly SAY… “Homosexuality is an Abomination to GOD””…! The use the “Excuse”… “Well, that will turn them away from Christ Jesus & make them Mad at all Christians!”  Besides, aren’t we “Supposed to Show the Love of Christ”… “Without Condemning their Lifestyle”…? That is a… “LIE”… right out of Satan’s mouth! Please show me a Bible verse, where Christ Jesus did NOT call SIN… “Sin”…? Yes, He loved the Sinner… “But in No Way”… approved their Lifestyle! Right away, someone will take the example of the ‘Woman caught in the act of Adultery”: from “John 8:1-to-21”. “He that is without SIN… cast the first Stone!” But do You know WHAT really happened and WHY…? Christ Jesus did NOT approve of her lifestyle…! Please read this blog and all the particulars…?

*** (Jeremiah 13:23) Can the Ethiopian change his skin, or the leopard its spots? Then you also may do Good; who are ‘Accustomed’ to: Doing Evil!

*** (1Corinthians 2:14) But the natural man does “NOT” receive the things [WORD] of the Spirit of God; for they are “FOOLISHNESS” to him; Neither can he Know them, because they are spiritually discerned.

Do You know the mandates from the Scriptures… about warning the Wicked? Replete throughout the OT & NT are the commands… “To Repent!” Isn’t that a “Warning”…? Many have a Wrong idea of the Love of God! Many also share a… “Watered Down Gospel!” They share ONLY the “Love of Jesus” but… OMIT: the “Judgment of GOD” for the “Sinners Rejection” of GOD’S Love, Mercy & Grace”…! “REMEMBER”… the Sinner is Already Turned Off…!  There is “ABSOLUTELY NOTHING” that You can say that will… “Turn Him or Her OFF: even More”…! God ‘commands & offers’… Repentance… but HE will Not violate their “Free Will!”

*** (Hebrews 10:29-30-31) How much more severe a punishment do you think that person deserves who tramples on God's Son, treats as common the blood of the covenant by which it was sanctified, and insults the Spirit of grace?
(Heb 10:30) For we know the one who said, "Vengeance belongs to Me [God]; I will pay them back," and again, "The Lord will judge his people."
(Heb 10:31) It is a terrifying thing to fall into the hands of the living God!

*** (Acts 17:30-31) And the times of this ignorance God winked at; but now [Strictly] Commands ALL men everywhere to REPENT:
(Acts 17:31)  Because He hath appointed a day, in which He will judge the world in righteousness by that man [Christ Jesus] Whom: He hath ordained; whereof He hath given assurance unto ALL men; in that He [God] has raised Him [Jesus] from the dead. [John 10:17-18]
*** (1Corinthains 16:22) If anyone does NOT love the Lord Jesus Christ; let him be Accursed [Damned]. The Lord comes! [Again]

*** (Jeremiah 1:8) Do not be afraid of their Faces; for I am with you to deliver you, says the LORD Jehovah.