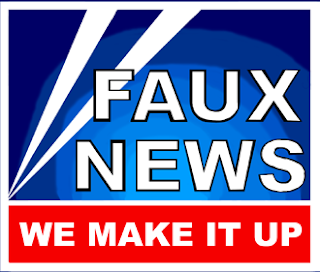 *** (Acts 17:11) And these were more noble than those of Thessalonica; in that they received the Word with all readiness of mind; and searched the Scriptures Daily [2Corinthains 4:16]; to see if those things were so. [Or Not?]

IF: You do Not know “Specifically”… what the Scriptures teach: THEN: You will believe any testimony about any “Supposed Miracle!” There is a ‘Plethora’ of “False Testimonies & Supposed Miracles” on “You Tube Videos”. Also on “Face Book” there are those expounding about having Died and gone to Heaven and then being resurrected. The Never Quote: “Luke 16:30-31!” When I present what the Scriptures SAY: I am almost “Immediately Blocked” from posting any more “Bible Verses or Comments!” IF a happening is TRUE: who wouldn’t want it “Validated”…? What would there be there, “To Hide”…? Those supposed Miracles, include being “Raised from the Dead!” Supposedly, “Holy Spirit Miracles & Visions” directly from God! Even ‘Jesus’ [2Corinthains 11:4] supposedly speaking to them in and ‘Audible Voice!’ Even current ‘New Revelation’ to rival that of “Any OT Prophet”…! Imagine that, they have “NO Testimony” about being Born Again by the Holy Spirit of God! Yet, somehow God [?] speaks directly to them…? Would You believe such testimonies… “Without Examining It”… with the Holy Word of God”…? Please answer, “Yes or NO”…?

“EXPERIENCE” is Never… the “Test of TRUTH!” Neither are ‘Feelings’… the “Test of Truth!” How many “Pseudo Christians [?]” have left their Wedding Vows… and then “Remarried into Adultery” [Mark 10:11-12]…? They testified with words that “Condemned” themselves… “I feel like God wanted me to be Happy! Or, “How can it be ‘Wrong’… when it ‘Feels’ So Right”…? Posted below is a copy of such a conversation from a FB discussion page: “End of Days” (Hebrews “Aharit HaYamin”)

Her Response: “NAME Withheld”… Yes, I had the tongues of fire (Shin) upon me. I was selected by G-d at 9 years old as I drowned in the Tennessee River and was rescued by an angel. The Word only made me stay silent about the angel rescue. I continued having precognitive dreams and information in a suppressed Word only home. Then a co-worker asked me to attend a Church of God revival. It was like the merging of all spiritual training when the Holy Ghost anointing fell upon me. So I am proof the gifts can be active in a non-believing environment, ...

Scriptural Response:
*** (1Jn 4:1) Beloved, do Not believe every spirit, but Try the spirits to see if they are of God, Because many False Prophets have gone out into the world.

*** (Acts 17:11) These people were more receptive than those in Thessalonica. They were very willing to receive the Word, and every day they carefully examined the Scriptures to see if those things were so. [Or NOT!]

“What about those RESURRECTED from the Dead - 101” …Blog.
http://truth459.blogspot.com/2013/07/what-about-those-resurrected-from-dead.html

What about the Claim: to Precognition & Dreams…? There are MANY who claim to have current revelation, that God showed: “Only Them”…! Of course there are many such claims in almost “Every False Religion” in the world! All their “Prophets, Swamis, Gurus and the Like! Each has such ‘visions & revelations’. Often times, I will have HEARD: Christians [?] make such ‘Claims!’ The worst thing about such… “Shenanigans”… is that these people and their followers: “Do NOT know their Bibles!” When an “OT False Prophet” spoke and it did NOT come to pass… they were to be… “Stoned to Death!” Perhaps we of the NT should take up this Practice…?

*** (2Peter 1:20-21) First of all, you must Understand this: NO prophecy in Scripture is a matter of one's own interpretation,
(2Pet 1:21) Because NO prophecy ever originated through a human decision. Instead, men spoke from God as they were carried along by the Holy Spirit.

The NT word translated into English for “TONGUES”… is the Greek NT word for “KNOWN LANGUAGES”…! AND: There are ‘Tongues’ being practiced… in MOST of the “FALSE Heathen Religions” of the World. ALL Major World Religions have ‘Tongues’ in their religious services. That is Not to say All… in Each and Every Service! The Shinto in Japan, = the Islamic in most of Asia, = the African Tribal Religions, = the Buddhist monks = and the list goes on and on and on! And You are NOW: trying to convince me that what You practice comes from the Holy Spirit of God? Amazing as it is, the “Supposed Interpretation” of those practice tongues in in the… “KJV” of the Bible! I did Not know that the Holy Spirit spoke in the: “1611 KJV English”…? I though at least the NKJV or the NASB… which are BOTH better translations of the Greek NT Texts…! Someone is NOT telling the… “TRUTH”…!

TRUTH about Speaking in Tongues - JOHN MACARTHUR 1 of 22
http://www.youtube.com/watch?v=l3cLChnG_mE

What is the “Bottom Line” of this Discussion…? Use ONLY the Holy Word of God… to Prove the “TRUTH of GOD”…! His Holy Word has always been the ONLY Standard of Truth for those… “Truly Born Again”…! Those who are NOT: “Play Act, to Deceive themselves & others”…! Why do You think that Satan confronted Christ Jesus during His temptation in “Luke 4 & Matthew 4”…? Christ Jesus the Messiah, the Passover Lamb of God, the LORD of Lords, and KING of Kings simply responded: “It is written”…! Please find other references provided.

*** (2Timothy 2:15) Do your best to present yourself to God as an approved worker who has Nothing to be ashamed of, handling the Word of Truth with Precision.
(2Tim 2:16) However, avoid pointless discussions. For people will become more and more ungodly,