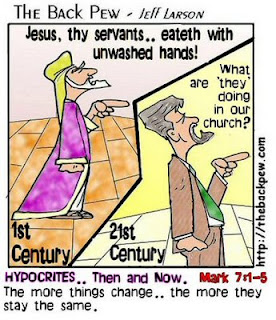 Perhaps “First”… we will first look at ‘Salvation’ by; “God’s Grace & Mercy Alone”… “According to the Scriptures”… and ‘then’ discuss; the “False ‘Accusation’ of Legalism”. Usually along with that false accusation of legalism… there usually is this ‘additional’ statement… “You have a head knowledge [only] of the Bible!” Those making such statements ‘themselves’… are “Truly Ignorant”… of the Holy Scriptures… and “Preach License”… instead of “Obedience”… to God’s Holy Word…. “James 1:22” -&- “Luke 6:46” -&- “John 12:47-48”

*** (Romans 3:24-25) being justified freely = by His grace = through the redemption that is in Christ Jesus;
(Rom 3:25) Whom = God has set forth = to be a propitiation = through faith = in His blood, = to declare His righteousness = through the passing by of the sins = that had taken place before, = in the forbearance of God;


Now that we have “Established–from the Holy Scriptures”… Salvation is by “God’s Grace & Mercy Alone”… let us ‘define’ what the Bible reveals. The word “Legalism or Legalist”… ‘cannot’ be found in the Scriptures! Why then, would a person us such a ‘term’… unless they were “Truly Ignorant” of the Scriptures…? What do… the Scriptures say…?

Those ‘accusing’ others of “Legalism”… do ‘not’ know; nor understand the Gospels; and Christ’s “Dissertation”… with the Pharisees, Sadducees’ and Lawyers. The Jews had a book called the “Talmud”; a list of rules and regulations; which they had ‘substituted’ for… the Holy Scriptures! In the above Bible verses… “Matthew 15:1-to-9”… Christ Jesus brought them back to… “What God had said in His Holy Word!” They themselves had replaced “God’s Holy Word”… with their “Legalistic ‘Non-Scriptural’ Rules of Men!” That is the definition of Legalism or being Legalistic! And again they only… used God’s Word… when trying to “Entrap Jesus!”