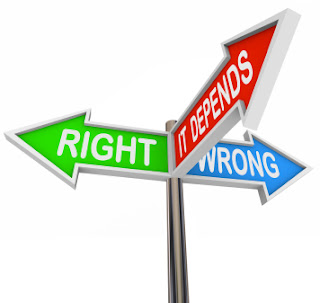 Why do Earthly Governments “Fail”…? Surely each of you live, under one. Europeans have their original ones patterned after a Monarchy. On all continents each government has selected one which might work best for their populous. Yet, “With ultimate power, comes ultimate Corruption”. History displays the failure of Dictatorships, either in the Central & South Americas or those of the Far East. Even the emperors of the Dynasties of China had their problems; as did Alexander the Great. Israel had a Theocracy under the direct control of God: but rejected Him for an earthly Kings. Yet to their ruination, the earthly kings of Israel: Rejected God’s Laws, Statutes, Ordinances, Precepts and the Like. Even in their divided kingdoms, they were judged by God for their Disobediences. Captive & Exile to Babylon, even God’s Chastening could not change their minds & hearts.

*** (Psalms 33:12) Blessed is the nation whose God is the LORD Jehovah; the people He has chosen for His inheritance.

*** (Isaiah 62:6-7) I have set watchmen on your walls, O Jerusalem, who will not always be silent all the day nor all the night; you who remember Jehovah, do not be silent.
(Isaiah 62:7)  And give Him no rest until He establishes and makes Jerusalem a praise in the earth.

What about American and its Founding Fathers…? They decided to discard the Religious Political pattern of Europe. Even the transitions of Old English law from their Monarchy & the ‘Magna Carta’ would not do. They selected a Democracy. Yet within such a democracy: are its very “Seeds of Destruction!” Other nations such as the Philippines were given a democracy after WW2. Why hasn’t theirs worked? And Iran and other middle eastern countries; why hasn’t their Democracies worked? The “Secret” is simply a moral base that guides their governments. Our democracy only worked, till the “Erosion of our Moral Base!” Once America was called a Christian Country. But it was ‘Not’ really one. We had adopted only ‘some’ of the “Judeo Christian ethics”, that were its foundation. Entropy and a social departing from the Bible have been its downfall. Now, if enough ‘Godless Americans’ choose: this democracy will be dissolved. Remember it takes “Only 51%” in a democracy to change directions…!

As a Parallel to OT Israel… America REVELS in its “Sin & Shame” without even: “Blushing”…! We as Americans are more concerned about our ‘Economy’: than the lives of “Any Unborn Innocent Baby!” We speak out more about: “Pets & Animals” and their Protection. And are than SLIENT: about ANY Unborn Innocent Baby in its Mother’s womb…! And then we sing, “God Bless America, land that I love”…? What is ‘Wrong’ with that Picture…? In this century, there has been the world largest transfer of wealth from America: to the rest of the World. Our “Jobs & Technologies” have been exported ‘Offshore’: for the Equity Stripping of our material wealth. And the further destruction of our nation with its Over “14,000,000,000+” Trillion Dollar DEBT! ONLY with the Interest is being ‘Repaid’: with “NONE of its Principle”…! How can any such nation: survive any likr Financial Policies. Sorry, it cannot! It is only a matter of time. And what IF: there is “Another 9-11”…? We would “Immediately: FAIL”…! Remember the Titanic being called: “The Ship that God could NOT Sink”…?

*** (2Kimgs 20:14-to-19) And Isaiah the prophet came to King Hezekiah and said to him, What did these men say? And from where did they come to you? And Hezekiah said, They have come from a far country, from Babylon.
(2Ki 20:15) And he said, What have they seen in your house? And Hezekiah answered, They have seen all that is in my house. There is nothing among my treasures which I have not shown to them.
(2Ki 20:16) And Isaiah said to Hezekiah, Hear the Word of the LORD Jehovah .
(2Ki 20:17) Behold, the days come when all that is in your house, and which your fathers have laid up in store until today, shall be carried into Babylon. Nothing shall be left, says Jehovah.
(2Ki 20:18) And of your sons which shall issue from you, which you shall father, they shall take away. And they shall be eunuchs in the palace of the king of Babylon.
(2Ki 20:19) And Hezekiah said to Isaiah, Good is the Word of the LORD Jehovah which you have spoken. And he [Hezekiah] said, Is it not good if peace and truth are [ONLY] in my days?

*** (Galatians 6:7-8-9) Do not be deceived, God is not mocked. For whatever a man sows, that he also will reap.
(Gal 6:8) For he sowing to his flesh will reap corruption from the flesh. But he sowing to the Spirit will reap life everlasting from the Spirit.
(Gal 6:9) But we should not lose heart in well-doing, for in due season we shall reap, if we do not faint.

*** (1Timothy 5:24) Some men's sins are open beforehand, going before to judgment. And some they also follow after.

For those of ‘You’, who do ‘Not’ know history… “One of the Caesars of Rome”… had a “HORSE”… as his “Domestic” partner! “The Roman Emperor Gaius Julius Caesar Germanicus (or just 'Caligula') lived between 12–41. AD” History if filled with such references of perversions; which were followed by the “Fall” of those nations.

It is time for those of US… who say, we KNOW JESUS: To Repent…! It may already even now: be TOO Late to save our ‘Peoples & Nation’…! It is my belief, that it IS…! American did NOT Repent after “9-11” and Who really believes that they will do so “NOW”…? Do You…? Please tell me if you do?

*** (2Peter 3:9) The Lord is not slack concerning his promise, as some men count slackness; but is longsuffering to us-ward, not willing that ANY should perish, but that ALL should come to Repentance.
*** (Acts 17:30-31) And the times of this ignorance God winked at; but now [Strictly] Commands ALL men everywhere to Repent:
(Acts 17:31)  Because He hath appointed a day, in which He will judge the world in righteousness by that man [Christ Jesus] Whom: He hath ordained; whereof He hath given assurance unto ALL men; in that He [God] has raised Him [Jesus] from the dead. [John 10:17-18]