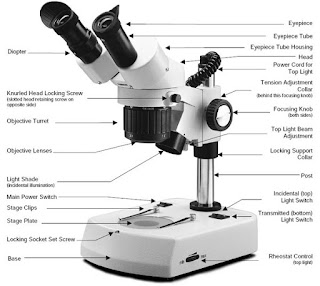 A College professor had a new… group of students for the Semester. They were disappointed and confounded when they were told of their assignment. They were each given ‘One Slide’ to be examined with a Microscope and to write out their conclusions. That one slide would be the “Only Test & the Final Test” of that Class. Perplexed, some chose to leave and find another class. Others took the assignment passed the class. If You have ever used such laboratory equipment, then You know what I mean. The More You “LOOK”… the more You “SEE!” Of course You have heard the expression, “A Picture is worth a Thousand words!” In either in the “Macro or Micro” Universe; Gods’ Creation is without words: in its ‘Majesty & Complexity’…! Can You make this “Application” to His Holy Word… “Also”…?

*** (Psalms 19:1-2-3) To the Chief Musician. A Psalm of David. The heavens declare the glory of God; and the expanse proclaims His handiwork.
(Psa 19:2) Day to day pours forth speech, and night to night reveals knowledge.
(Psa 19:3) There is no speech nor are there words; their voice is not heard.

*** (Luke 14:26-17) If anyone comes to Me [Jesus]: and does NOT hate his father and mother and wife and children and brothers and sisters, yes, and his own life also, he Cannot: be My disciple.
(Luke 14:27) And whoever does NOT bear his cross and come after Me; he Cannot be My disciple.

*** (Acts 17:30-31) And the times of this ignorance God winked at; but now [Strictly] Commands ALL men everywhere to Repent:
(Acts 17:31)  Because He hath appointed a day, in which He will judge the world in righteousness by that man [Christ Jesus] Whom: He hath ordained; whereof He hath given assurance unto ALL men; in that He [God] has raised Him [Jesus] from the dead. [John 10:17-18]

*** (Revelation 20:12-to-15) And I saw the dead, the small and the great, stand before God. And books were opened, and another book was opened, which is the Book of Life. And the dead were JUDGED out of those things which were written in the books, according to their works.
(Rev 20:13) And the sea gave up the dead in it. And death and hell delivered up the dead in them. And each one of them was judged according to their works.
(Rev 20:14) And death and hell were cast into the Lake of Fire. This is the second death.
(Rev 20:15) And if ANYONE was not found having been written in the Book of Life, he was cast into the Lake of Fire.

“What is ‘Salvation?’ – 101” …Blog.
http://truth459.blogspot.com/2012/06/what-is-salvation-101-blog.html
…
Do YOU read through His Holy Word… the Bible: several times a year? I often ask Him, “Lord, where do You want me to ‘Read & Study’ NEXT…?” He leads me [Romans 8:14] into a specific book. Sometimes, He keeps me in a particular Book: for up to a month. It is amazing how His Holy Spirit: will reveal His TRUTH: from something I only read the day before! And the next day, even something new from the same passage. That is “How & Why” the Holy Word of God is called: “Living & Powerful!” [Hebrews 4:11-12-13] When I was a New Christian, I spent time mostly in the NT, with occasional jaunts to the OT. With my ‘Spiritual Growth’ ONLY by His Grace, Mercy & Love: I came to obey ‘His Leadings’: What to Read & Study Where! [Romans 8:14] In this way, He was teaching me: Simple Obedience & being able to ‘Discern’ His leadings.

*** (Luke 24:44-to-48) And He [Jesus] said to them, These are the words which I spoke to you while I was still with you, that all things must be fulfilled which were written in the Law of Moses and in the Prophets and in the Psalms about Me.
(Luke 24:45) And He opened their mind to understand the Scriptures.
(Luke 24:46) And He said to them, So it is written, and so it behooved Christ to suffer and to rise from the dead the third day,
(Luke 24:47) and that repentance and remission of sins should be proclaimed in His name among ALL nations, beginning at Jerusalem.
(Luke 24:48) And you are witnesses of these things.

WHAT have You ‘Replaced’… your time with Him: Daily, in His Holy Word “WITH”…? Yes, there are many demands on our lives daily. In the ‘New Testament’, Christ Jesus is referred to as the “Bread of Life”. He is also the Living Word, which is considered ‘food’ for our souls. We need to feed our Spiritual Bodies… with the ‘Manna’ of the Holy Word of God. The ‘Manna’ is simply a “Word Picture” of that which we need for our spiritual sustenance to maintain our ‘Spiritual Life’.  What else would we feed ourselves with…? That junk on the TV and Videos…? How about that ‘Pseudo Christian’ music… which may or not be… “Scriptural”.

*** (John 6:63-to-65) It is the Spirit that makes alive, the flesh profits nothing. The words that I [Jesus] speak to you are Spirit and are Life. [Eternal]
(Joh 6:64) But there are some of you who do ‘Not’ believe. For Jesus knew from the beginning who they were who did not believe; and who is the one betraying Him.
(Joh 6:65) And He [Jesus] said, Because of this I said to you that no one can come to Me unless it was given to him from My Father [God].
(Joh 6:66) From this time “MANY” of His disciples went back into the things behind, and walked no more with Him.

Did you know that… that “Hidden Manna” can only be revealed by the ‘Holy Spirit’ indwelling those that are “Born Again” by Him…? That is why religious people do not understand the Bible, the Word of God, and the “God of the Word”.  Spiritual food is only for spiritual people; and Not for dead people.  All of us, who ‘now’… are born from above, by God’s Holy Spirit… were ‘once dead’ to Gods Spiritual Truth in His Word. [Romans 8:9]