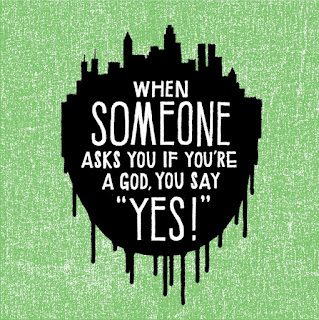 *** (Genesis 3:4-to-7) And the serpent said [Lied] to the woman, You shall not surely die, [John 8:44]
(Gen 3:5) for God knows that in the day you eat of it, then your eyes shall be opened, and you shall be as God, knowing good and evil.
(Gen 3:6) And when the woman saw that the tree was good for food, and that it was pleasing to the eyes, and a tree to be desired to make wise, she took of its fruit, and ate. She also gave to her husband with her, and he ate.
(Gen 3:7) And the eyes of both of them were opened. And they knew that they were naked. And they sewed fig leaves together and made girdles for themselves.

*** (James 1:22) Keep on being Doers of the Word; and NOT merely hearers who “DECEIVE” themselves.

*** (1Corinthians 14:33-34-35) for God is not a God of disorder but of peace. As in all the churches of the saints,
(1Co 14:34) the WOMEN must keep silent in the churches. They are NOT allowed to speak out, but must place themselves in submission, as the law also says.
(1Co 14:35) If they want to learn anything, they should ask their own husbands at home, for it is inappropriate for a WOMAN to speak out in church.

The GOD of the Bible is NOT Politically Correct…! He does NOT make provision for the Minorities, Woman, Homosexuals and Racists. He JUDGES all mankind ONLY: By His Holy Word…! [John 12:48] There are MANY Women on Face Book… who ‘Falsely Claim’ to be: Evangelists, Prophets, Teachers, Pastor and the ‘Like!’ The OFTEN Quote, “Out of Context” OT Bible verses and use examples as Deborah. But they purposely… “FAIL to Acknowledge”… exactly ‘WHY’ God used her. [Judges 21:25] Other use examples such as Miriam: but OMIT that she was stuck with Leprosy for her “Rebellion against Moses!” Did You, “Read & Understand” the Above Bible verses? The NT is written in Greek, which agrees in “Person, Number & Gender”. The word “Pastor” is always in the “Male Gender!” Did Christ call any ‘Women as Apostles’…? Absolutely “NOT!” What about the Mothers of those “55,000,000 Million Aborted Babies…? Did their MOTHERS [Ezekiel 16:44] teach their DAUGHTERS… “HOW to be a Godly Women”…? Please Answer: “Yes or NO”…? If in fact a woman is doing her Scriptural Job: “Titus 2:3-4-5”… she does NOT have time for much else.

(Jdg 4:5) And she lived under the palm tree of Deborah between Ramah and Bethel in mount Ephraim. And the sons of Israel came up to her for judgment.
(Jdg 4:6) And she sent and called for Barak the son of Abinoam out of Kedesh in Naphtali, and said to him, Has “NOT” the LORD Jehovah, the God of Israel –> “Commanded”, saying, Go and draw toward mount Tabor, and take with you ten thousand men of the sons of Naphtali and of the sons of Zebulun?
(Jdg 4:7) And I [God] will draw Sisera to you, the captain of Jabin's army, at the river Kishon, together with his chariots and his multitude. And I [God] will deliver him into your hands.
(Jdg 4:8) And Barak said to her, If you will go with me, then I will go. But if you will Not go with me, I will Not go. [Barak disobeyed GOD and was Shamed by a Woman]
(Jdg 4:9) And she said, I will surely go with you. But the journey that you take shall not be for your honor, for the LORD Jehovah shall sell Sisera into the hand of a woman. And Deborah arose, and went with Barak to Kedesh.
(Jdg 4:10) And Barak called Zebulun and Naphtali to Kedesh. And he went up with ten thousand men at his feet. And Deborah went up with him.

*** (Numbers 12:8-to-15) I will speak with him mouth to mouth, even clearly, and not in dark speeches. And he shall behold the likeness of the LORD Jehovah. Why then were you NOT afraid to speak against [Slander] My servant Moses?
(Num 12:9) And the anger of Jehovah was kindled against them, and He moved.
(Num 12:10) And the cloud moved from the tabernacle. And behold! Miriam became leprous, as snow. And Aaron looked on Miriam, and behold, she was leprous.
(Num 12:11) And Aaron said to Moses, Oh, my lord, I beg you, do not lay upon us the sin in which we have done foolishly, and in which we have sinned.
(Num 12:12) Let her not be like one dead, of whom the flesh is half gone when he comes out of his mother's womb.
(Num 12:13) And Moses cried to Jehovah saying, Heal her now, O God, I beseech You.
(Num 12:14) And the LORD Jehovah said to Moses, If her father had but spit in her face, should she not be ashamed seven days? Let her be shut out from the camp seven days, and after that let her be received.
(Num 12:15) And Miriam was shut out from the camp seven days. And the people did not pull up stakes until Miriam was brought in.

Right away someone will ask… “Are Women to be silent about Christ and the Gospel, on such Social Sites as Face Book or the many other Ones”…? Perhaps IF You will simply answer this question…? Are You a “Proverbs 31:10-11-12” wife to your Husband…? How would He answer this ‘Question?’ Do You ‘reverence’ your Husband, “Ephesians 5:33”? How would He answer this ‘Question?’ How about your Children, “Titus 2:3-4-5”: what have You taught them about this issue? But one has time for Preaching on Face Book…? So your Children are grown, do You spend time in “Prayer” for them and your husband; ‘Daily?’ What would your Husband say about the way You live on a Budget and manage the money…? Let’s ask Him…?

*** (Titus 2:3-4-5) Let the mature women likewise be in reverent behavior, not slanderers, not enslaved by much wine, teachers of good;
(Tit 2:4) that they may train the young women to love their husbands, to love their children,
(Tit 2:5) to be discreet, chaste, keepers at home, good, subject to their own husbands, that the Word of God may not be blasphemed.

What about the Single Women… who think and “Falsely Claim”: that they are “Preachers, Evangelists, Pastors, Apostles and the Like”…? I have had more than one of them “GET ANGRY” with me, for sharing such Bible Verses from the Holy Word of GOD, on their FB pages...!

No Real Christian gets mad at Bible Verses UNLESS they are in Direct Rebellion or Disobedience AGAINST His Holy Word!

In reality I have hears more HERECY from women… then from men! A married woman who, “Preaches at MEN” is already out of Obedience! The early Jerusalem church had “Deaconesses” who modeled Godly Woman Servant hood. Do You know of any today, in the American Church or on Face Book or any other Page? Sorry NO, they are Egotistical and get Angry when anyone dares to question their ‘Position?’ Not even the Holy Word of GOD, seems to have Authority in their lives. Many of these women often follow the False Teachings of Joyce Meyers, Paula White, Beth More and Other women “Pseudo Christian Ministries”. “Never” do these ever preach “AGAINST” the Adultery Remarriage of “Mark 10:11-12” & “1Corinthains 7:10-11-&-39”. “NEVER’ do the “Preach Against Abortion, the Murder or Innocent Unborn Babies!

*** (1Corinthains 7:10-11) And unto the married I command, yet not I, but the LORD, Let NOT the wife depart from her husband:
(1Cor 7:11) But and if she depart; let her remain unmarried; or be reconciled to her husband: and let “NOT” the husband ‘Divorce’ his wife.

*** (Matthew 13:19) When anyone hears the Word of the kingdom; and does ‘Not’ understand it; then the wicked one [Satan] comes; and catches away that which was sown in his heart. This is the seed sown by the wayside.

“Blended ‘Families?’ – 101”
http://truth459.blogspot.com/2012/08/blended-families-101.html
…
*** (1Peter 4:17-18-19) For the time has come for the judgment to begin from the house of God. And if it first begins from us, what will be the end of those disobeying the gospel of God?
(1Pet 4:18) And if the righteous one is scarcely saved, where shall the ungodly and the sinner appear?
(1Pet 4:19) Therefore let those who suffer according to the will of God commit their souls in well-doing, as to a faithful Creator.

*** (Malachi 2:16) The LORD Jehovah, the God of Israel, says He hates DIVORCE; and to cover with violence on his garment, says Jehovah of Hosts. Then guard your spirit, and do not act treacherously.

Perhaps a last thought…? It is NOT the fact that Women share the Gospel with Men on Social Internet Pages. It is the fact that they are NOT in: “ANY POSITION OF SPIRITUAL LEADERSHIP”, but Falsely Claim to BE…! All lies come from Satan, “John 8:44”…!

*** (James 3:1) Not many of you should become teachers, my brothers; because you know that we who teach = will be = JUDGED More Severely!