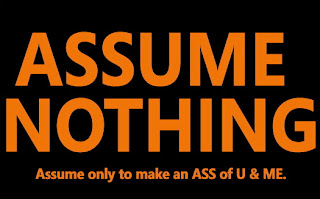 *** (John 7:40-to-53) When they heard these words, some in the crowd were saying, "This really is the Prophet,"
(John 7:41) while others were saying, "This is the Christ!" But some were saying, "The Christ doesn't come from Galilee, does he?
(John 7:42) Doesn't the Scripture say that the Christ is from David's family and from Bethlehem, the village where David lived?"
(John 7:43) So there was a division in the crowd because of him.
(John 7:44) Some of them were wanting to seize him, but no one laid hands on him.
(John 7:45) Then the officers returned to the high priests and Pharisees, who said to them, "Why didn't you bring him?"
(John 7:46) The officers answered, "No man ever spoke like that!"
(John 7:47) Then the Pharisees replied to them, "You haven't been deceived, too, have you?
(John 7:48) None of the authorities or Pharisees has believed in Him, has he?
(John 7:49) But this mob that does not know the law-they are accursed!"
(John 7:50) One of their number, Nicodemus (the man who had previously gone to him), said to them,
(John 7:51) "Surely our law does not condemn a person without first hearing from him and finding out what he is doing, does it?"
(John 7:52) They answered him, "You aren't from Galilee, too, are you? Search and see that no prophet –> comes from Galilee."
(John 7:53) Then each of them went to his own home.

Do You know about the Word, “Assume”…? Someone once said, “When ONE does NOT know all the FACTS: and “ASSUMES”, they make an “Ass [of] U + Me!”…! Often times Christians take Bible verses “Out of Context” without ‘knowing & applying’ it: to Other Bible Verses on the same Topic! These Jews in “John 7”… did the same thing, they ASSUMED! Did they ask Christ Jesus where he was Really Born…? Sorry “NO!” They falsely ASSUMED that because He grew up in ‘Galilee’: that was the place He was born. But we know that the Scriptures say: Bethlehem! That is WHY… it is so ‘Very Important’ to “Always Reference: the Holy Word of GOD!” Was there a Prophet who came out of Galilee…? Yes, “Jonah” ministered from OT Galilee…!

Why do So Very MANY… take this Bible verse… OUT of CONTEXT…?

Where the Jews in Bondage at any time…? They said that they ‘Never Were’ in “John 8:33”, is that “True or False”…? See how easily they ‘Twisted their History’, because they Hated Christ Jesus? That Passover celebration was the freedom of “400 years of Slavery” in Egypt. They were in Fact in Bondage, after Joseph died, being second to Pharaoh. [Exodus 1:8 & Acts 7:18] Matter of fact, one may get an overview of Jewish History from “Acts 7:All!” What about the “70–year Babylon Captivity?” Were the Jews in bondage there or not? [Jeremiah 25:11 & Daniel 9:2] Again they were bent on ‘Falsely Negating’ the lineage of Christ Jesus. Just perhaps this is a “Lesion for US’ to be sure and… “Thoroughly: Check the Scriptures”…!

*** (Romans 15:4) For everything that was written long ago was written for our instruction, so that we might have hope through the endurance and encouragement that the Scriptures give us.

*** (2Timothy 2:15) Do your best to present yourself to God as an approved worker who has nothing to be ashamed of, handling the Word of Truth with precision.
(2Tim 2:16) However, avoid pointless discussions. For people will become more and more ungodly,

*** (2Timothy 3:14-to-17) But as for you, continue in what you have learned and found to be true, because you know from Whom [John 14:16-17] you learned it.
(2Tim 3:15) From infancy you have known the Holy Scriptures that are able to give you the wisdom you need for salvation through faith in Christ Jesus.
(2Tim 3:16) All Scripture is God-breathed and is useful for teaching, for reproof, for correction, and for training in righteousness,
(2Tim 3:17) so that the man of God may be complete: and thoroughly equipped for every good work.

What about the Disciples of Christ Jesus… in the above Bible verses? How easily they ASSUMED, because they did NOT fully listen to what Christ Jesus PLAINLY told them! And Yes, I too have “ASSUMED” in the past; but NOT anymore. Without the “Holy Fear of God”, one can easily be led astray. When we realize that we are Responsible for: “Each & Every WORD” that comes out of our mouths, then we have another perspective! Plain & Simple: “When ONE does NOT know all the FACTS: and “ASSUMES”, they make an “Ass [of] U + Me!”…!

*** (Proverbs 17:28) Even a fool, when he is silent, is counted wise, and he who shuts his lips is counted as a man of understanding.

*** (James 3:1) Not many of you should become teachers, my brothers; because you know that we who teach = Will Be = JUDGED More Severely!

Why do So Very MANY… take this Bible verse… OUT of CONTEXT…?

*** (Matthew 1:25) He [Joseph] did Not have marital relations with her until she had given birth to a son; and he named him Jesus.

*** (Mark 6:3) Is not this the carpenter, the son of Mary, the brother of James and Joses and Judas and Simon? And are not his sisters here with us? And they were offended at Him.

“What does the Bible say about Jesus’ Mother: ‘Mary’? – 101” …Blog
http://truth459.blogspot.com/2011/06/what-does-bible-say-about-jesus-mother.html
…
The Catholics have “Falsely ASSUMED”… that Mary is still a Virgin! The Catholic Church tells them what to believe. They do NOT check the Scriptures for themselves. Religion always has their own teaching, that is WHY there are so very many: “Denominations!” The One GOD they say they Believe in has His Holy Word: put aside for their own “Traditions & Lies!”