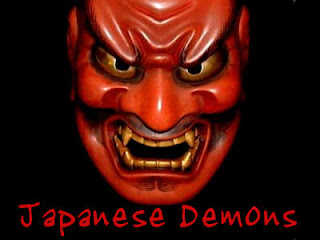 *** (Acts 19:13-to-20) Then some Jews who went around trying to drive out demons attempted to use the name of the Lord Jesus on those who had evil spirits, saying, "I command you by that Jesus whom Paul preaches!"
(Act 19:14) Seven sons of a Jewish high priest named Sceva were doing this.
(Act 19:15) But the evil spirit said to them, "I know Jesus, and I am acquainted with Paul, but who are you?"
(Act 19:16) Then the man with the evil spirit jumped on them, got the better of them, and so violently overpowered All of them that they fled out of the house Naked and Bruised.
(Act 19:17) When this became known to everyone living in Ephesus, Jews and Greeks alike, fear came on all of them, and the name of the Lord Jesus began to be held in high honor.
(Act 19:18) Many who became believers kept coming and confessing and telling about their practices.
(Act 19:19) Moreover, many people who had practiced occult arts gathered their books and “Burned” them in front of everybody. They estimated the price of them and found they were worth 50,000 silver coins.
(Act 19:20) In that way the Word of the Lord kept: Spreading and Triumphing.

Did You “Read & Understand”… the previous blog on this topic? Without a proper background in the Scriptures, the Holy Word of GOD… further discussion will only confuse You! All Truth about this issue of demons… “MUST” have the Truth found in the Holy Word of God! Often times, I will ask, “Please, can You provide, ‘Bible Chapters & Verses’… to validate what “You have just Said & Taught”…? If they cannot or will not… ‘Identify’ them as  “False Teachers!” Those MANY are simply teaching False Doctrine and NOT what the Holy Word of God, “Teaches!” Remember Satan is the “Father of All LIES!” He will always take some “Partial Truth” and then mix in his “LIES!” In his interaction with, Christ Jesus… Satan often Chose NOT to quote the “Entire Text!” Did You notice in the Above Text: “Acts 19:13-to-20”… that a ‘Revival’ took place? The people actually LEFT their Occult Practices and Burned them!

*** (Proverbs 28:13) He who covers his “Sins” shall NOT be blessed; but whoever confesses and leaves [Forsakes] them shall have mercy.

“LICENSE: Confession Without REPENTANCE – 101” …Blog.
http://truth459.blogspot.com/2013/03/license-confession-without-repentance.html
…
*** (2Peter 3:15-16) And think of the long-suffering of our Lord as salvation; as our beloved brother Paul also has written to you; according to the wisdom given to him.
(2Pet 3:16) as also in all his letters, = speaking in them of these things; = in which are some things ‘hard’ to be understood, = which the ‘unlearned’ and ‘unstable’ = “Pervert”; = as also they do the rest of the = “SCRIPTURES”; = to their own destruction. [1Corinthains 16:22]

“Pick & Choose ‘Christian’s’? – 101”
http://truth459.blogspot.com/2012/04/pick-choose-christians-101.html
…
What about those Scriptures, “Mark 16:15-to-18”…? that… speak about Believers, Casting out Demons, Drinking Poison and Handling Snakes…? Often times, people [Christians?] will read these verse and NOT Compare them: with Any Other Bible Verses. This type of ‘Pick & Choose’ Christianity [?] will simply leave one… “Wrong and Void”… of the totality of the Holy Word of God. For example, Christ Jesus & His disciple healed… to validate their Message of the Kingdom of God. Today, there are many “Pseudo Christians [?]” preaching healing for today. Physical Healing is NOT promised to the NT Born Again! A Spiritual Healing is… “Only IF”… One believes on the Finished Work of Redemption, by Christ Jesus! Can You quote from memory… “John 7:38-39”… and its Requirements…? The Key is, “As the Scripture has said!”

*** (John 7:38-39) The one who believes in Me [Jesus], as the Scripture has said, will have rivers of living water flowing from his heart."
(John 7:39) Now He [Jesus] said this about the Spirit, whom those who were believing in Him were to receive. For the Spirit was Not yet present, because Jesus had Not yet been glorified.

*** (2Timothy 2:25-26) in meekness instructing those who oppose, if perhaps God will give them repentance to the acknowledging of the truth,
(2Tim 2:26) and that they awake out of the snare of the Devil, having been taken captive by him, so as to do the will of that one.

*** (Titus 3:5) NOT by works of righteousness which we have done, but according to His mercy He saved us, through the washing of regeneration and renewal of the Holy Spirit,

*** (Matthew 16:4) A “Wicked and Adulterous” generation seeks after a SIGN. And there shall NO sign be given to it, Except the sign of the prophet Jonah. And He left them and went away.

*** (John 20:29) Jesus said to him, Thomas, because you have seen Me you have believed. Blessed are they who have NOT seen and have believed.
…
“Miracles & Signs & Wonders – 101” …Blog.
http://truth459.blogspot.com/2012/05/miracles-signs-wonders-101-blog.html
…
The NT word translated into English for “TONGUES”… is the Greek NT word for “KNOWN LANGUAGES”! There are ‘Tongues’ being practiced… in MOST of the “FALSE Heathen Religions” of the World. ALL Major FALSE World Religions have ‘Tongues’ in their religious services. That is Not to say All… in Each and Every Service! The Shinto in Japan, = the Islamic in most of Asia, = the African Tribal Religions, = the Buddhist monks = and the list goes ON and On and on…!

TRUTH about Speaking in Tongues - JOHN MACARTHUR 1 of 22
http://www.youtube.com/watch?v=l3cLChnG_mE

*** (Proverbs 12:22) Lying lips are abomination to the LORD: but they that deal truly are his delight.

*** (2Timothy 2:15) STUDY EARNESSTLY to present yourself to God as an approved worker who has nothing to be ashamed of, handling the Word of TRUTH: with Precision.
(2Tim 2:16) However, avoid pointless discussions. For people will become more and more ungodly,