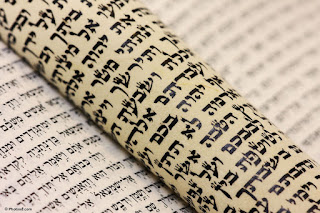 *** (Hebrews 7:25-to-28) Therefore He [Christ]  is able also to save -> to the uttermost -> those who come unto God by Him, since He ever lives to -> [Continually] make intercession for them.
(Heb 7:26)  For such a high priest became us, Who is holy, harmless, undefiled, -> separate from sinners and made higher than the heavens,
(Heb 7:27)  Who does not need, as those high priests, -> to offer up sacrifice daily, first for his own sins and then for the people's sins. -> For He [Christ] did this once for all, -> when He offered up Himself.
(Heb 7:28)  For the Law appoints men high priests who have infirmity, but the word of the swearing of an oath, after the Law, has consecrated the Son [Jesus] forever, having been perfected.

*** (Colossians 1:13-to-20) For He [God] has delivered us from the power of darkness and has translated us into the kingdom of His dear Son [Jesus];
(Col 1:14) in Whom we have redemption through His blood, the remission of sins.
(Col 1:15) Who is the image of the invisible God, the First-born of all creation.
(Col 1:16) For ALL things were created in Him [Jesus], the things in the heavens, and the things on the earth, the visible and the invisible, whether thrones or dominions or principalities or powers, ALL things were created through Him [Jesus] and for Him.
(Col 1:17) And He is before all things, and by Him all things consist.
(Col 1:18) And He is the Head of the body, the church, Who is the Beginning, the First-born from the dead, that He may be pre-eminent in all things.
(Col 1:19) For it pleased the Father [God] that in Him [Jesus] all fullness should dwell.
(Col 1:20) And through Him [Jesus] having made peace through the blood of His cross, it pleased the Father [God] to reconcile all things to Himself through Him, whether the things on earth or the things in Heaven.

ONE More Time…! “MELCHIZEDEK” is –> “NOT” Christ Jesus…! IF You will ‘read & examine’ the “Original OT Hebrew Text” or the “NT Greek Text”... You will see... “NO RECORDED LINEAGE”....! His [Melchizedek] ministry ENDED at his Death [Not Recorded]... UNLIKE that of “Christ JESUS”, Who has an “ENDLESS Ministry” as the Passover Lamb of God! Melchizedek did “NOT” have an Eternal Ministry: such as Christ Jesus! Melchizedek “Continued” to offer sacrifices! Too Many who call themselves “Christians”… have Never Read, Studied & “Thoroughly Examined”… just WHO… Christ Jesus really is…! The Scriptures, the Holy Word of GOD… “Does!” But One CANNOT simply “Pick & Choose” Bible verses out of their “Text & Context!” They appear to know a lot of “Only Bible Facts”… and cannot defend what they believe with their Bibles. They simply believe what ‘Others’ have told them, even those “FALSE: Pastors, Teachers, Evangelists, Apostles” and the “Like!” They will NOT for themselves be like the “Berean’s”…!

*** (Jude 1:3-4) Having made all haste to write to you about the common salvation; beloved, I had need to write to you; to exhort you to ‘contend earnestly’ for the [True] Faith; once delivered to the saints.
(Jude 1:4) For some people have slipped in; among you unnoticed. They were written about long ago as being deserving of this condemnation; because they are ungodly. They turn the grace of our God into uncontrollable lust and deny our only Master and Lord, Jesus Christ.

Does the God of the Bible… intend for “His Real Children”… to remain “Babies”… or to ‘Mature’ into the “Soldiers of Christ”…? Please answer the question…? Without “Reading”, “Studying”, & “Obeying” His Holy Word… how is One to grow into the “Mature Stature” of a Child of God…? They Cannot! “MANY”… have “Not” been Truly Born Again: by the Holy Spirit of God! They have ‘Only’ given a mental ascent to ‘something’ about Jesus. They do NOT know their Bibles… because the Holy Spirit of God: Does NOT indwell them! They ‘Only’ have an “Academic Like” for Him. Say it isn’t “SO”…? The things of this world are “More Important” to them, than the things of Christ…!

*** (Matthew 7:21-22-23) NOT Everyone = who says to Me [Jesus], Lord! Lord! shall enter the kingdom of Heaven, but he who does the will of My Father in Heaven.
(Matt 7:22) MANY = will say to Me in that day, Lord! Lord! Did we not prophesy in Your name, and through Your name throw out demons, and through Your name do many wonderful works?
(Matt 7:23) And then I [Jesus] will say to them = I Never Knew you! = Depart from Me, those working lawlessness!

False Christians – 101 Blog [1/4]
http://truth459.blogspot.com/2009/11/pseudo-false-christians-101.html
*** (Hebrews 5:11-to-14) We have much to say about this, but it is difficult to explain because you have become too lazy to understand.
(Heb 5:12) In fact, though by now you should be teachers, you still need someone to teach you the basic truths of God's word. You have become people who need milk instead of solid food.
(Heb 5:13) For everyone who lives on milk is still a baby and is inexperienced in the message of righteousness.
(Heb 5:14) But solid food is for mature people, whose minds are trained by practice to distinguish good from evil.

*** (2Timothy 2:15) STUDY EARNESSTLY to present yourself to God as an approved worker who has nothing to be ashamed of, handling the Word of TRUTH: with Precision.
(2Tim 2:16) However, avoid pointless discussions. For people will become more and more ungodly,