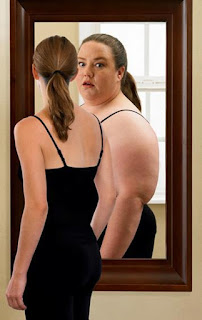 *** (Judges 2:10) And also all that generation were gathered unto their fathers: and there arose another generation after them –> which knew NOT: the LORD, Nor yet the works which He had done for Israel.

Who do we Honor on Memorial day…? Is it all, who have served in the Military, during the “History of America”…? Does that Include: the War of Independence? What about the Civil War, that divided our Nation? What about World Wars & Military Conflicts such as Korea and Viet Nam…? And of course, the Gulf Wars: to protect our Oil Supply…? And the many ‘Others’ that I will not mention at this time. The ‘Average American’, does NOT know their “American History”, let alone “World History!” When I returned from South East Asia during the Viet Nam Conflict, our bus was “Pelted with Rotten Fruit by Hippies!” We were called “Baby Killers” and disdained my most of the ‘American Public’. Fast forward and those who served in the Gulf Wars, are automatically called… “Heroes!” The ‘American Public’ does “NOT know: NOR want to Know”… about War! So long as there is “Supposed Visible Peace” at home. Yet NO one can Die, unless they meet their “Appointment”…!

*** (Hebrews 9:27) And as it is Appointed to men once to die; but [immediately] after this the judgment,

*** (Leviticus 10:1-2) And Nadab and Abihu, the sons of Aaron, took either of them his censer, and put fire therein, and put incense thereon, and offered strange fire before the LORD, which He commanded them NOT.
(Lev 10:2) And there went out fire from the LORD, and devoured them, and they died before the LORD.

What about the “Wounded Warrior”…? Those Veterans who have War Injuries and will carry then the rest of their lives…? Today, the psychological component is called “PTSD”. Most of the Viet Nam Era Veterans were NOT diagnosed with it, but suffered as “Mental Cripples!” Hardly would the VA even pay for treatment or even recognize such Trauma. After the Gulf War and the “9-11 Terrorist Attack”, the story has “Changed!” Are the “Modern Day Veterans” really Heroes…? Or is “Any Veteran” who has served, a “Hero”…? How about Neither…? Somehow ‘Christians [?]’ … “WRONGLY Differentiate” these diverse groups! After “9-11” even the “Liberal Political” deemed the Military heroes.  Why…? Because they Knew: that there may be “ALL OUT WAR”…! When that did NOT happen, they ‘Returned’ to their “Anti God / Anti American” political perversions!

*** (Isaiah 26:10) Let favor be shown to the Wicked; ‘Yet’ he will ‘NOT’ learn righteousness; in the land of uprightness, he will deal ‘Unjustly’, and ‘Will NOT’ behold the majesty of Jehovah the LORD.

*** (Jeremiah 13:23) Can the Ethiopian change his Skin, or the leopard its Spots? Then you also may do good; who are ‘Accustomed’ to: Doing Evil!

*** (Ecclesiastes 8:11) Because sentence against an evil work is Not executed Speedily; therefore the heart of the sons of men is fully set in them to do Evil.

*** (Isaiah 5:20) WOE [Warning] to those who Call: evil good and good evil; who put darkness for light and light for darkness; who put bitter for sweet and sweet for bitter!

*** (Psalms 51:17) The sacrifices of God are a broken spirit; a broken and a contrite heart, O God, You will not despise.

Simply Take the “NUMBER… of ALL Veterans KILLED in All Wars… and MULTIPLY that times Four [x4]: and You will have the number of… “INNOCENT UNBORN – AMERICAN BABIES”… Killed By ABORTION…! Over “4,000 Innocent Unborn Babies”… are Murdered by Abortion… “Each & Every DAY”…! And our nation… “Gidley Celebrates: MEMORIAL DAY”…? What is “Wrong” with that Picture…? “School Shootings” make the NEWS… but those Innocent Unborn Babies… Never DO..? Please tell me Why…?  Please…?

Why do NT Christians… Always Quote the Word Promises about OT ISRAEL… and Never speak about the Cursing’s for NOT Obeying the LAW…?

What more can I say…? It is nothing more, than I have said before! MOST who call themselves “Christian [?]”… are really “NOT!” They simply have that “American Social Religion” which if falsely called… “Politics!” They speak “MORE”… for their ‘Political Affiliation’… then they “Do About or For”… “Christ Jesus & His Holy Word”…! They simply Put their Christianity [?] in the Back of the Bus [Lives]! They do NOT have a real relationship with Him… because they are NOT Truly Born Again, by the Holy Spirit of GOD…! “Not So”… “You Say”…?

*** (Luke 16:13) No servant can serve two masters. For either he will Hate the one and Love the other, or else he will Hold to the one and Despise the other. You CANNOT: serve God and mammon. [Politics].

*** (Luke 3:8) Therefore bring forth Fruits worthy of Repentance; and do Not begin to say within yourselves; We have Abraham for our father. For I [Jesus] say to you that God is able to raise up children to Abraham: from these stones.