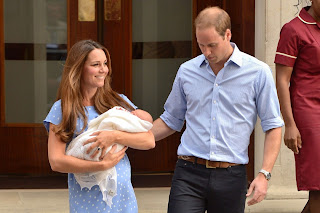 *** (Matthew 7:21-22-23) NOT Everyone = who says to Me [Jesus], Lord! Lord! shall enter the kingdom of Heaven, but he who does the will of My Father in Heaven.
(Matt 7:22) MANY = will say to Me [Jesus] in that day, Lord! Lord! Did we not prophesy in Your name, and through Your name throw out demons, and through Your name do many wonderful works?
(Matt 7:23) And then I [Jesus] will say to them = I never knew you! = Depart from Me, those working lawlessness!

The news this week about a new heir… to the British throne was everywhere. Do You remember the move, “Capicorn ONE” about the Fake Moon Landing, done in a Studio…? Do You really believe about Cate & Williams Baby…? BUT… Did You know about Kate’s Double, wearing a Fake Pregnancy HUMP…? How do You know that she and William ACTUALLY had a Baby…?  Because: the “NEWS” said so…? Do You “BELIEVE EVERYTING” in the… “NEWS”…? Can You: by the NEWS, distinguish TRUTH from LIES…? Absolutely NOT…!

Kate Middleton double wears 'false bump' to give impression she is pregnant
http://www.mirror.co.uk/news/weird-news/kate-middleton-double-wears-false-1782958

Do You remember theose… “WikeLeaks”…? How MANY of the Governments Secrets were LEAKED and their “Hypocrisy & Duplicities” were ‘Exposed’ to the ‘Public’…? Yet many “Blindly Follow” the NEWS: and their “LIES & Half Truths”…! Even Hollywood uses the “LIE: a movie “Based on a True Story?” Yet they will NOT tell Anyone… “What is Truth & What is LIES”…! And yet, WHY are Americans sharing such News: when the UK is… “NOT our Step Parents”…? Did we all of a sudden FORGET: about the 1776 US Revolution with the UK…?

During my first trip to the UK… a whale swam up the Thames River [2006] and died after a massive rescue effort. That same year, Parliament passed Legislation: that allows a “Thirteen 13 year old Child… to get an ABORTION: “WITHOUT Parental Consent!” Will life for the… “Innocent Unborn”… be better in the UK now…? Absolutely “NOT!” Abortion is on the increase as it is in All Countries. Americans have ALREADY… “Murdered By ABOTION”… Over 55,000,000 Million… “INNOCENT UNBORN BABIES”… in their “American Mother’s Wombs!” While visiting Israel… MANY visit the ‘HOLOCAST Museum”… and are shocked at the pictures of those Dead Bodies from the… “NAZI Concentration Camps!” Only 6 million were “Murdered!” What has happened to “Moral OUTRAGE”…? Yet, today MOST… care more about their PETS… than those MURDERED: Innocent Unborn Babies…!

*** (Amos 4:10) I [God] have sent among you the pestilence after the manner of Egypt: = your young men have I slain with the sword, = and have taken away your horses; and I have made the stink of your camps to come up unto your nostrils: yet have you not returned [REPENTED] unto Me, says the LORD.

Why do NT Christians… & Others… Always Quote: the Word Promises about OT ISRAEL… and NEVER -> speak about the “Cursing’s” -> for NOT Obeying the LAW…?

We here in American… have been “So Utterly BRAINWASHED”… by the Media! Yes those “Secular God Haters & Mockers!” Even “MANY” of those calling themselves… “Christians [?]… Cannot Distinguish between: “Good & Evil <–> Truth & Lies!” They simply believe Everything: without “ANY: Spiritual Discernment! They do NOT know their Bibles… but ONLY what they are taught in their “Churches & Denominations”…! MOST know more about Politics, than their “Own Bibles”…! Say it isn’t… “SO”…? Sorry, it “Surely IS”….!

*** (Jeremiah 12:5) If you have run with footmen, and they wore you out, then how can you compete with horses? And if you feel secure in the land of peace; then how will you do in the swelling of the Jordan?

*** (Proverbs 16:18) Pride goes before destruction; and a haughty spirit before a fall.

“Losing ‘what’ you have – 101”…Blog.
http://truth459.blogspot.com/2011/02/losing-what-you-have-101blog.html
…
Do You “Examine Everything”… You hear in: “Church, Sermons, Pseudo Christian Music & the LIKE”… with the HOLY WORD of GOD…? “John 12:48”…? If Not… Why NOT…? Do You really believe that there will be ‘MORE TRUTH’… in this world before the “Return of Christ Jesus”…? Or will there be “LESS”…? There will be “MUCH LESS”…! [Matthew 24:37 & Genesis 6:5] Do You know your BIBLE: better than your “TV Guide or Movie Schedule”…? You can probable tell anyone ‘WHO’ was on American Idol or Dancing with the Stars! YET… they cannot tell: what the Scriptures say about: “Eternal Salvation & Eternal Damnation”…! Can You…? Please answer to yourself!

*** (Mark 1:35) And in the morning, rising up a great while before day, HE [Jesus] went out, and departed into a solitary place, and there prayed.

*** (2Kings 18:4) He removed the high places, and brake the images, and cut down the groves, and brake in pieces the brasen serpent that Moses had made: for unto those days the children of Israel did burn incense to it: and he called it Nehushtan.