“What about those RESURRECTED from the Dead - 101” …Blog. 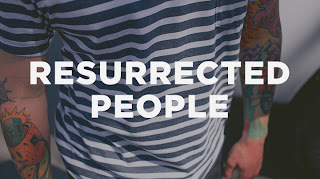 “What about those RESURRECTED from the Dead - 101” …Blog.

11 yr. Old Went to Heaven and Back, and Tells What He Saw!

*** (1Jn 4:1) Beloved, do NOT believe every spirit, but TRY the spirits to see if they are of God, because Many False Prophets have gone out into the world.

Recently someone saw the above ‘Video’ on You Tube: and asked me about it! “Supposedly” it is by a Boy who died and “Supposedly” came back to life. His testimony is a “LIE”… as the Holy Word of God says different. FIRST.. “True Biological DEATH”… takes place when the ‘Heart & Brain’ are without “Oxygen & Circulation”… for 6-to-10 minutes. “ADIDOSIS” takes place, toxic poisoning the ‘blood & vital organs’!  Such in the case of Lazarus in “John 11:32-to-49!” He had been dead for four [4] days. Christ Jesus raised him, from the Dead!

*** (Hebrews 9:27) And as it is appointed to men once to DIE; but [immediately] after this the Judgment,

There is also “Cardiac Arrest”… often called “Clinical Death”, because the heart stops. A nerve called the “Carotid Body” senses the amount of oxygen in the body and will ALSO stop respiration. This fail safe is to keep the body from taking in ‘Contaminated Air” into the circulatory system. MANY who are NOT familiar with these “Biological & Medical Facts”: often ‘Falsely’ claim their OWN: “Resurrection from the Dead!”  A “Medical Defibrillator” can restart the Heart. This hear stopping is NOT Death! Only when “ACIDOSIS” takes place, “Biological Death” is what is defined as “Real Death!” Even when one is decapitated in an auto accident, the body will continue to function ONLY for a limited time. But surely, that person is “Truly Dead!” A defibrillator will NOT help that one, “Will IT”…?

*** (Acts 17:30-31) And the times of this ignorance God winked at; but now [Strictly] Commands ALL men everywhere to REPENT:
(Acts 17:31)  Because He hath appointed a day, in which He will judge the world in righteousness by that man [Christ Jesus] Whom: He hath ordained; whereof He hath given assurance unto ALL men; in that He [God] has raised Him [Jesus] from the dead. [John 10:17-18]

HERE: is the “KEY to Understanding”… The Resurrection from the Dead…!

In essence, IF: You will “NOT Repent” because You have heard… “Moses & the Prophets”… THEN: You will NOT Repent!  Not even if ‘ONE’ Rose from the Dead and told You about “Heaven & Hell”…! Luke 16 is a True Story told by Christ Jesus! It is NOT a Biblical Parable! No Bible Parables… have Proper Names: “Father Abraham!” So very many, want ‘Miracles’ before they will believe the Bible. But what did Christ Jesus say about ‘These’…? Will You believe the “Scriptures”… the Holy Word of God… without seeing Miracles…? Please answer, “Yes or NO”…?

*** (Matthew 16:4) A Wicked and Adulterous generation seeks after a SIGN. And there shall NO sign be given to it, Except the sign of the prophet Jonah. And He [Jesus] left them and went away.

*** (John 20:29) Jesus said to him, Thomas, because you have seen Me you have believed. Blessed are they who have NOT seen and have believed.
…
“Miracles & Signs & Wonders – 101” …Blog.
http://truth459.blogspot.com/2012/05/miracles-signs-wonders-101-blog.html
…
Did ALL that Christ Jesus… ‘Resurrect from the Dead: Die Again?” Of course they “Did!” Those sign gifts, were given to ‘Validate’ what Christ and His Apostles did! Did You realize that even “Judas” had those ‘Sign Gifts’…? And yet after seeing “ALL those Miracles”… He [Judas] even DENIED: “Christ Jesus, the Lord of Lords & King of Kings”…! What good did “ALL” those miracles do for him…? “Nothing!” And now, You want to believe such a “Supposed Miracle”… from You Tube…?  Perhaps You do NOT know; Christ Jesus as your… “Savior & Lord”…? Perhaps You have NOT been Born Again by the Holy Spirit of God… so that You might understand the Scriptures: the Holy Word of God…? But: “IF NOT… Why NOT”…?

*** (Luke 3:8) Therefore bring forth fruits worthy of Repentance; and do NOT begin to say within yourselves; We have Abraham for our father. For I [Jesus] say to you that God is able to raise up children to Abraham: from these stones.

“Will ‘You’ be: “Reconciled to God?” – 101” …Blog.
http://truth459.blogspot.com/2012/03/will-you-be-reconciled-to-god-101-blog.html
…
*** (Hebrews 5:11-to-14) We have much to say about this, but it is difficult to explain because you have become too lazy to understand.
(Heb 5:12) In fact, though by now you should be teachers, you still need someone to teach you the basic truths of God's word. You have become people who need milk instead of solid food.
(Heb 5:13) For everyone who lives on milk is still a baby and is inexperienced in the message of righteousness.
(Heb 5:14) But solid food is for mature people, whose minds are trained by practice to distinguish good from evil.

*** (2Corinthians 11:13-14-15) For such ones are False Apostles, deceitful workers, transforming themselves - into the Apostles of Christ.
(2Cor 11:14) Did not even Satan marvelously transform himself into an –> ANGEL of LIGHT?
(2Cor 11:15) Therefore it is no great thing if his ministers also transform themselves as ministers of righteousness, whose end shall be according to their works. [Ecclesiastes 12:13-14]