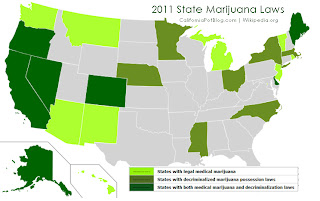 *** (Romans 10:3-4) For they, being [willingly] ignorant of God's righteousness and going about to establish their own righteousness, have “NOT” submitted themselves to the righteousness of God.
(Rom 10:4) For Christ is the end of the law for righteousness: for everyone who [Truly] believes. [John 7:38-39]

*** (2Corinthians 6:14-to-18) Do NOT be unequally yoked together with unbelievers; for what fellowship does righteousness have with lawlessness? And what partnership does light have with darkness?
(2Cor 6:15) And what agreement does Christ have with Belial? Or what part does a believer have with an unbeliever?
(2Cor 6:16) And what agreement does a temple of God have with idols? For you are the temple of the living God, as God has said, "I will dwell in them and walk among them; and I will be their God, and they shall be My people."
(2Cor 6:17) Therefore come out from among them and be separated, says the Lord, and do not touch the unclean thing. And I will receive you
(2Cor 6:18) and I will be a Father to you, and you shall be My sons and daughters, says the Lord Almighty.

What about those who “Falsely” CLAIM: to be Christians… and then imbibe “Marijuana”…? Remember President “Clinton & Monica Lewinsky”…? During his impeachment trials, he could be seen on the News, with his “Bible”, going to Church! Also on Face Book, there are many Falsely: “Claiming to be Christian”… who support Marijuana! Did You know, Americans spend over… “4 Trillion Dollars on Illegal Drugs”, including “Marijuana”…? Would any ‘SANE’ person believe that: “There is NOT a ‘Real Problem’ here in America”…? Even the Discovery Channel did a series on Marijuana here in America. The Bias toward its ‘Use & Legalization’… was evident to anyone with “Any Discernment!” Besides being a “Gateway Drug” to others, it is used by the “Foolish & Irresponsible” members of our society. Even Hollywood is a proponent of its ‘Recreational Use!’ Perhaps they missed what Forest Gump’s mother said… “Stupid IS: As Stupid Does”…! Have You used the Internet to “Completely Research It”…?

*** (1Timothy 6:20-21) Timothy, guard what has been entrusted to you. Avoid the pointless discussions and contradictions of what is falsely called knowledge.
(1Tim 6:21) Although some claim to have it, they have ‘abandoned; the faith. May grace be with all of you!

Many Americans hold to the United States Constitution… & the Laws of our country. They are the first ones, Who: ‘Holler’ about “Illegal Immigration!” And they readily ‘Complain’ about the price of Gasoline and the cost of Groceries! Yet they still spend their Monies on their “Entertainment”, without so much as a ‘Whimper?’ Hardly ever do they Complain, about the price of “Beer or Alcohol or Cigarettes”…? Their Vices are “Permissible Expenses!” IF there we any real Medical help from Marijuana, don’t You think that the Drug Companies, would… “Increase their Profit Margins”…? Remember there are ‘Over’… “310 Million Persons”… living in this country! Those California & other state municipalities: who allow Marijuana, do so for the Tax Benefits ONLY! Public Safety is the least of their concerns. How many traffic injuries are related to Marijuana…? Have You ever seen any ‘Law Enforcement’ with a… “Pot-O-Meter”… to measure the level of ‘Marijuana Intoxication’…? “Not”…!

*** (Son 2:15) Take us the foxes, the little foxes that spoil the vines; for our vines have tender grapes. [Our next generation?]

The time line for the End of this… “The Times of the Gentiles”… comes to an End: Soon! And we will simply see “More & More: Lawlessness”…! Those Truly Born Again by the Holy Spirit of God will receive “More & More Persecution”… for their “True Faith”… by those Pseudo Christians [?] How many do You know, WHO call the Blessed Name of Christ Jesus… meet with Him Daily… in His Holy Word…? Do “You”…? How else is your mind renewed and your thoughts paralleled to His Holy Word…? This battle for the souls of mankind, will continue till the End of Days! See the Map Picture for this Blog, and HOW FAR GONE… the USA is already…!

*** (Daniel 9:24-25) Seventy weeks are decreed as to your people and as to your holy city, to finish the transgression and to make an end of sins, and to make atonement for iniquity, and to bring in everlasting righteousness, and to seal up the vision and prophecy, and to anoint the Most Holy.
(Dan 9:25) Know therefore and understand, that from the going out of the command to restore and to build Jerusalem, to Messiah the Prince, shall be seven weeks, and sixty-two weeks. The street shall be built again, and the wall, even in times of affliction.

*** (Romans 11:25)  For I do not want you to be ignorant of this mystery, brothers, lest you should be wise within yourselves; that blindness in part has happened to Israel, until the fullness of the nations [Gentiles] has comes in.

*** (Genesis 6:5) And the LORD Jehovah saw that the wickedness of man was great in the earth; and every imagination of the thoughts of his heart was only evil continually.

Those Days of Noah… have Overflown our moral base: and are “Will ONLY Get Worse!” Many do Not realize this: or even worse, They… “Do NOT want TO!” Entropy has come full circle, and the Grace of God, that ONCE made our country great… has been withdrawn by God! How many people, families or friends do You know… who readily take a stand for “Christ Jesus & His Holy Word”…? Do… “YOU”…? Our nation did NOT repent after the “9-11” Terrorist Attack. Churches were filled to Overflowing! Yet in a short six months, they were “Empty Again!” Those ‘Foxhole’ decisions for Christ were made out of Fear! NOT: the Holy Fear of God, but that of “Continued Terrorism!” Mankind fears ‘Mankind”… instead of the Holy Fear of God… which brings about “True Repentance!

*** (Matthew 5:13) You are the salt of the world. But if the salt should lose its taste; how can it be made salty again? It's good for Nothing but to be thrown out and trampled on by people.
…
*** (1Jn 2:19) They went out from us, but they were not of us; for if they were of us, they would have continued with us. But they went out so that it might be revealed that they were ‘Not’ all of us.

…*** (Isaiah 26:10) Let favor be shown to the wicked; ‘Yet’ he will ‘NOT’ learn righteousness; in the land of uprightness he will deal ‘unjustly’, and ‘Will Not’ behold the majesty of Jehovah the LORD.

*** (Ezekiel 14:14) And though these three men: –> Noah, Daniel, and Job, were in it: –> they should deliver: –> “Only” their own souls by their righteousness; says the Lord Jehovah.
…
*** (Luke 3:8) Therefore, bring forth fruits worthy of repentance; and do not begin to say within yourselves; We have Abraham for our father. For I [Jesus] say to you; that God is able to raise up children to Abraham from these stones.

“LICENSE: Confession Without REPENTANCE – 101” …Blog.
http://truth459.blogspot.com/2013/03/license-confession-without-repentance.html
…
*** (2Peter 3:15-16) And think of the long-suffering of our Lord as salvation; as our beloved brother Paul also has written to you; according to the wisdom given to him.
(2Pet 3:16) as also in all his letters, = speaking in them of these things; = in which are some things ‘hard’ to be understood, = which the ‘unlearned’ and ‘unstable’ = “Pervert”; = as also they do the rest of the = “SCRIPTURES”; = to their own destruction. [1Corinthains 16:22]