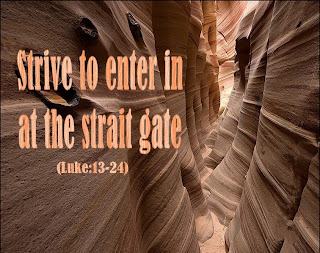 The Giving of the Holy Spirit is a… “DIVINE TRANSACTION”… by God Alone!

Have You done ‘Business’ with God: Please answer, “Yes or NO”…? He has been speaking to ALL mankind about Himself. His Creation is a witness of His Majesty, as mankind marvels at His wonderful handiwork. Did You know God calls ALL mankind to Himself and commands them to “Repent!” He also gives “Repentance”, but it is “Rejected” by MOST! Yet, His Holy Spirit continues to goes forth to ALL mankind: Convicting them of “Sin, Righteousness & Judgment!” There are always those, who Say: there is “NO God!” He has even provided His Holy Word, the Bible. He has revealed LIFE: BY Both… “Birth & Death”… and still mankind say, “No God!” And after all that, He is still calling out to “ALL”…! That is WHY, I simply asked You… “Have You done Business with GOD”…?

“No PLACE: of ‘Repentance’ – 101” …Blog.
http://truth459.blogspot.com/2012/12/no-place-of-repentance-101-blog.html
…
(Psalms 19:1-to-6) To the Chief Musician. A Psalm of David. The heavens declare the Glory of God; and the expanse proclaims His handiwork.
(Psa 19:2) Day to day pours forth speech, and night to night reveals knowledge.
(Psa 19:3) There is no speech nor are there words; their voice is not heard.
(Psa 19:4) Their line [witness] has gone out through all the earth and their words to the end of the world. In them He has set a tabernacle for the sun,

*** (Psalms 98:2-3) The LORD Jehovah has made Known His salvation; His righteousness He has Unveiled to the eyes of the nations. [Romans 1:20-21]
(Psalms 98:3) He has remembered His mercy and His truth toward the house of Israel; ALL the ends of the earth have SEEN the salvation of the LORD Jehovah.

*** (Ecclesiastes 12:13-14) Let us hear the conclusion of the whole matter. Fear God; and keep His commandments. For this is the whole duty of man.
(Eccl 12:14) For God shall bring every work into judgment; with ‘every’ secret thing; ‘whether’ it is; Good or whether Evil.

Have You done ‘Business with GOD”…? He continually ‘Calls All’ mankind to Himself! God even GIVES them “Repentance” [2Timothy 2:25-26] … which most will Reject! In response, mankind will take “Religion” as a substitute! But God has provided His Salvation, just as He has said in His Holy Word! God wants ALL Mankind to come to Christ Jesus for Salvation! [1Timothy 2:4-5-6] “Hell” was NOT created for mankind, [Matthew 25:41] but for the “Devil & Rebellious Angels.”  Still God, being HOLY & JUST: has to punish SIN/SINS and for their Rejection: of His “Grace, Mercy & Love!” Sinful mankind still REFUSES to believe His Holy Word: and then CLINGS to their “Religion & Denominations!” This identical “Rebellion” of mankind, may also be seen even with God’s “Covenant people ISRAEL!” Throughout the OT one may see their rejection the “One True GOD!” And then they willingly “Substituted Dumb IDOLS” even after those Miracles in leaving Egypt! Pseudo Christians TODAY, do the same today, clinging to their “Denominational” teachings! [John 12:48]

*** (2Kings 17:33) They feared the Lord Jehovah; and [ALSO] SERVED their own [False] gods; according to the custom of the nations: whom they removed from there.

*** (2Timothy 2:25-26) in meekness instructing those who oppose, if perhaps God will give them Repentance to the acknowledging of the Truth,
(2Tim 2:26) and that they awake out of the snare of the Devil, having been taken captive by him, so as to do the will of that one. [2Corinthains 4:3-4]

*** (Proverbs 4:7) Wisdom is the main thing; get wisdom; and with all your getting get Understanding.

The Giving of the Holy Spirit is a… “DIVINE TRANSACTION”… by God Alone!