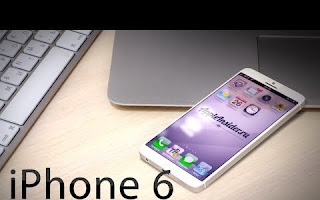 *** (Hebrews 5:11-to-14) We have much to say about this, but it is difficult to explain because you have become too Lazy to understand.
(Heb 5:12) In fact, though by now you should be teachers, you still need someone to teach you the basic truths of God's word. You have become people who need milk instead of solid food.
(Heb 5:13) For everyone who lives on milk is still a baby and is inexperienced in the message of righteousness.
(Heb 5:14) But solid food is for Mature people, whose minds are Trained by practice to Distinguish: Good from Evil.

*** (Romans 7:7) What shall we say then? Is the law sin? God forbid. Nay, I had Not known sin, but by the Law: for I had Not known Lust, except the Law had said, You shall Not Covet.
Did You ever take a “Road Trip”…? I remember when I used to do extensive planning for such a trip. My list included road maps & tools for emergencies with my vehicle. Water, snacks and most of all, the ‘Excitement’ of going somewhere: that I had never been before. That sort of adventure has been ‘Replaced’ with the IPhone. One no longer has to depend on ‘preparation & planning’. Simply get in your vehicle and Drive: meanwhile ‘Texting & Surfing’ on their IPhone. This once Tool… has become the god [small g] in the lives of most! Say it isn’t SO? One cannot shop even in Wal-Mart without avoiding a collision with another shopper, who is speaking an a phone! The carelessness of phone ‘Use’ has invaded even store shopping. Just perhaps George Orville did have a vision about the future in his novel, “1984!” “Homeland Security” NOW monitors both the “Phones & Emails!” This invasion of our “Private Domains” is as common place as the IPhone!

*** (Proverbs 4:7) Wisdom is the main thing; get Wisdom; and with all your getting get Understanding.

*** (Proverbs 14:15) The Simple [Foolish] believes every word; but the wise man watches his step.

Computers, Bar Codes, and the Internet has opened a world… unknown to previous generations. “Next Gen” devices antiquate our current models, in a matter of ‘Hours’, instead of months. Cars have computers, linked to advanced engineering design: to efficiently use fuels.  Besides great fuel mileage, there are more… ‘Adult Toys & Gadgets!’ “GPS Navigation” & “On Star”, with built in hands free phones! And maintenance tools and Other options: which make driving more like ‘Entertainment!’ Yes, benefits like this often come at a ‘Price’ to the owner. I have an OBD computer ‘link & cable’ to access my car’s computer with my Laptop. No longer am I held captive by the Dealer for diagnostic operations of my vehicle’s problems. But could there be “Problems” we created by our… “Dependence on Computers”…? Have you, seen the movie at the link below…? Will there be an… “AI”–Artificial Intelligence: that will ‘Rule our Lives?’ Or will the God ordained “Free Will” of mankind… be allowed to “Continue”…? Remember this movie was produce some “40+” years ago.

*** (Proverbs 28:1) The wicked flee when no man pursues; but the righteous are bold as a lion.

*** (James 3:12) Can the fig tree, my brethren, bear olive berries? Either a vine, figs? So can NO fountain both: yield salt water and fresh.

Why do so very MANY accept, what we are brainwashed with…? The Internet & Cable NEWS has so jaded our “Cognitive Reasoning Process”, that we ‘Simply Believe’… ALL they give us? The Liberal News Media wants to Eliminate: “God & His Holy Word!” The “Gay [Homosexual] Agenda” & “Abortion Mandates” is evidence of this “Perversion”: which has even taken over the “Entertainment Media!” One has to look hard: to find good programing with the Biblical mandates & Biblical world view! All this is bringing about the “End of the Ages” and the subsequent fulfillment of “Biblical Prophecy!”

*** (Genesis 6:5) And the LORD Jehovah saw that the wickedness of man was great in the earth; and every imagination of the thoughts of his heart was only evil Continually.

As the “End of Days” comes closer… what happens to Society” Will there be more “Evil” or more “Good”…? There will be “MORE EVIL” as we parallel those… “Days of Noah!” What has happened to our American Society in the last 12 years: since the “9-11” terrorist attack on the USA? Have we advanced in our moral wholeness…? Sorry NO, we have “NOT!”

*** (1Peter 4:17-18) For the time has come for the Judgment to begin from the house of God. And if it first begins from us, what will be the end of those Disobeying the gospel of God?
(1Pet 4:18) And if the righteous scarcely be saved, where shall the ungodly and the sinner appear?

What is your relationship with GOD, the God of the Bible…? Do You call yourself a Christian…? Or have You, been “Born Again” by the Holy Spirit of God…? Sorry NO, America will Not be restored to its former place. Did God restore Israel after its “70 year Babylon captivity?” Sorry NO, there was only Partial: ‘Restoration & Acceptance’ of God, Followed by a continual backsliding. So too, America is on its way OUT: and there will NOT be a ‘Revival & Restoration’ of our nation. Too much Blood of those Innocent Unborn ABORTED Babies has provided our Judgment from GOD! [Genesis 4:10] God gives a nation ‘Leaders’, according to their: “Righteousness or Lack Thereof”…! That is WHY we have the leaders we have! That is WHY: our current “US President” has an… “Islamic Agenda!”

*** (Daniel 4:17) This matter is by the ‘decree’ of the watchers; and the ‘demand’ by the Word of the Holy Ones; so that the living ‘may know’ that the Most High [God] ‘rules’ in the kingdom of men, and gives it to ‘whomever’ He will, and sets up over it; the  LOWEST [Basest] of men.

*** (Isaiah 26:10) Let favor be shown to the wicked; ‘Yet’ he will ‘NOT’ learn righteousness; in the land of uprightness he will deal ‘Unjustly’, and ‘Will Not’ behold the majesty of Jehovah the LORD.