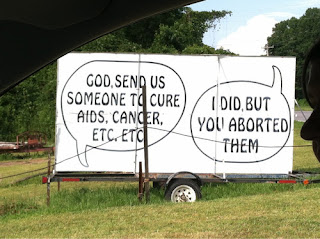 *** (Isaiah 53:3-to-12) He [Jesus] is despised and rejected of men; a Man of sorrows, and acquainted with grief; and as it were a hiding of faces from Him, He being despised, and we esteemed Him not.
(Isa 53:4) Surely He has borne our griefs, and carried our sorrows; yet we esteemed Him stricken, smitten of God, and afflicted.
(Isa 53:5) But He was wounded for our transgressions; He was bruised for our iniquities; the chastisement of our peace was on Him; and with His stripes we ourselves are healed.
(Isa 53:6) All we like sheep have gone astray; we have turned, each one to his own way; and the LORD Jehovah has laid on Him the iniquity of us all.
(Isa 53:7) He was oppressed, and He was afflicted; yet He opened not His mouth. He is brought as a lamb to the slaughter; and as a sheep before its shearers is dumb, so He opened not His mouth.
(Isa 53:8) He was taken from prison and from judgment; and who shall declare His generation? For He was cut off out of the land of the living; for the transgression of My people He was stricken.
(Isa 53:9) And He put His grave with the wicked, and with a rich one in His death; although He had done no violence, nor was any deceit in His mouth.
(Isa 53:10) Yet it pleased the LORD Jehovah to crush Him; to grieve Him; that He should put forth His soul as a guilt-offering. He shall see His seed, He shall prolong His days, and the will of the LORD Jehovah shall prosper in His hand.
(Isa 53:11) He shall see the fruit of the travail of His soul. He shall be fully satisfied. By His knowledge shall My righteous Servant [Jesus] justify for many; and He shall bear their iniquities.
(Isa 53:12) Therefore I [God] will divide to Him [Jesus] with the great, and He shall divide the spoil with the strong; because He has poured out His soul to death; and He was counted among the transgressors; and He bore the sin of many, and made intercession for transgressors.

*** (Matthew 26:36-to-39) Then Jesus came with them to a place called Gethsemane. And He said to the disciples, Sit here while I go and pray there.
(Matt 26:37) And He took Peter and the two sons of Zebedee with Him, and He began to be sorrowful and very heavy.
(Matt 26:38) Then He said to them, My soul is exceedingly sorrowful, even to death. Wait here and watch with Me.
(Matt 26:39) And He went a little further and fell on His face, and prayed, saying, O My Father, if it is possible, let this cup pass from Me. Yet Not as I will, But as You will.

In 1973 there was a movie called… “Jesus Christ SUPERSTAR!” It was the rave among many, but even then I saw it as “Blasphemy!” Then there was the song, “What if God were one of Us”, which was even more “Blasphemy!” And of course,  there was that TV series, “Joan of Arcadia”, [2003-2005] where God supposedly appeared to her alone, in many different people. All these and many others, have “Poisoned & Contaminated” the mindset of the Christians [?]. All these proponents of this “False Mindset” have one thing in common! They are Spiritually Blinded by Satan! Some claim to be Christians [?], and yet are “Completely Ignorant” [Uninformed] of the Holy Word of God, the Bible! They too, have made God, Christ Jesus in their own likeness, with their unredeemed passions & desires! That is WHY… they can so “Blatantly Blaspheme” and say, “I believe that Jesus Laughed!” Yet they can provide “NO Evidence” of such from the Scriptures! [1Thessalonians 5:21]

*** (Romans 1:22-to-25) Professing to be wise, they became fools
(Rom 1:23) and Changed the Glory of the Incorruptible God into an image made like corruptible man, and birds, and four-footed animals, and creeping things.
(Rom 1:24) Therefore God also gave them up to uncleanness through the lusts of their hearts, to dishonor their own bodies between themselves.
(Rom 1:25) For they changed the TRUTH of God into a LIE, and they worshiped and served the created thing [mankind] more than the Creator [God], Who is blessed forever. Amen.

*** (Amos 8:11) Behold, the days come; says the Lord Jehovah, that I will send a Famine in the land; Not a Famine of bread nor a thirst for water; but of = HEARING = the Words of the LORD Jehovah [The Holy Word of GOD].

May I please ask You…? Are You Born Again by the Holy Spirit of God…? No, I did NOT ask You if, ‘You professed to be a Christian?” Perhaps, a practical example of the mindset of most Americans? The latest census stated that there were… “310,000,000+” million people in the USA. A “Nielsen Poll” indicated that more than “85+%” claimed: to be Christians! The math leaves “15%” who would Not have anything to do with God! BUT… American’s “Buy & Use”… Over FOUR $ Trillion dollars in Illegal Drugs Including MARIJUANA! American Mothers have MURDERED Over 55,000,000 Million “INNOCENT” Babies by Abortion. That is OVER: Four Thousand, “Each & Every DAY…! American is the World's Largest EXPORTER of PORN & Abortion Technology! Americans Produce & Export PORNOGRAPHY to the Entire World…! Something is drastically WRONG… with the apparent testimonies of those… “Claiming to Be Christians”…? Could “15%” of Americans really do all this…? And the “85+%”… Remain “Completely SILENT”...?

*** (Matthew 7:13-to-18) "Go in through the Narrow gate. For the gate is Wide and the road is spacious that leads to Destruction, and MANY people are entering by it.
(Matt 7:14) How Narrow is the gate and how Constricted is the road that leads to Life, and FEW are the people who find it!"
(Matt 7:15) "Beware of false prophets who come to you in sheeps' clothing but inwardly are savage wolves.
(Matt 7:16) By their fruit you will know them. Grapes aren't gathered from thorns, or figs from thistles, are they?
(Matt 7:17) In the same way, every good tree produces good fruit, but a rotten tree produces bad fruit.
(Matt 7:18) A good tree Cannot produce Bad fruit, and a Rotten tree Cannot produce Good fruit.

*** (Matthew 7:21-22-23) NOT Everyone = who says to Me [Jesus], Lord! Lord! shall enter the kingdom of Heaven, but he who does the will of My Father in Heaven.
(Matt 7:22) MANY = will say to Me in that day, Lord! Lord! Did we not prophesy in Your name, and through Your name throw out demons, and through Your name do many wonderful works?
(Matt 7:23) And then I [Jesus] will say to them = I Never knew you! = Depart from Me, those working Lawlessness!

Perhaps You have been… “Churched!” Many teens raised in Christian [?] homes, depart from their family faith! Here in America, Religion is more of a “Cultural Thing”…! Those Truly Born Again by the Holy Spirit of God, are constantly… “Reading & Studying & Obeying”… His Holy Word, the Bible. They Love His Holy Word, because “Christ Jesus”, is the Living Word of God! They are “Never Offended”, when one share His Holy Word, with them! They meet with Him, Daily, in His Holy Word… in response to His command… “Learn of Me!” Am I speaking about You…?

*** (Matthew 11:25-to-30) At that time Jesus said, "I praise you, Father, Lord of heaven and earth, because You have hidden these things from wise and intelligent people and have revealed them to infants.
(Matt 11:26) Yes, Father, for this is what was pleasing to You.
(Matt 11:27)  All things have been entrusted to Me [Jesus] by My Father [God]. No one fully knows the Son except the Father, and no one fully knows the Father except the Son and the person to whom the Son chooses to reveal him.
(Matt 11:28) "Come to Me, all of you who are weary and loaded down with burdens, and I will give you rest.
(Matt 11:29) Place My yoke on you and learn from Me, for I am gentle and humble in heart, and you will find rest for your souls.
(Matt 11:30) For My yoke is pleasant, and my burden is light."

*** (Luke 9:23) And He [Jesus] said to all, If anyone desires to come after Me, let him deny himself and take up his cross daily and follow Me.

Remember we have ALL, been Brainwashed by our “Corrupt Decadent American Mindset!” Yesterday, there was a discussion about “America & Revival” on Face Book. Christ Jesus is NOT American, and America is NOT God’s “Covenant People Israel!” He, God, did NOT restore Israel to their place of prominence, after their 70 year Babylon captivity. Over a million left Egypt, and “ONLY Joshua & Caleb”, entered into the Promised Land! God’s Mercy is “Finite & Conditional”, for those Who Continually… REJECT: “His Mercy, Grace, & Love!” Say it isn’t SO…? How many time do You: “REFUSE & REJECT”… Christ Jesus & His Holy Word… till God’s Mercy is Run OUT…? [1Peter 4:17-18]

*** (2Corinthains 5:19-20-21) For in Christ God; was reconciling the world [any that would come] to Himself; by Not counting their sins against them through His forgiveness]; and He has committed to us; the message of Reconciliation. [John 7:38-39]
(2Co 5:20) Therefore, we are Christ's representatives; as though God were pleading through us [to You!]. We plead on Christ's behalf: “[You] Be reconciled to God!”
(2Co 5:21) God made the One [Jesus]; Who did not know sin; to be sin for us [Christ our Passover]; so that we might become God's righteousness in Him [Jesus].