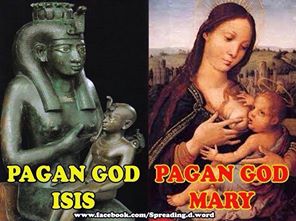 The Catholic Church… “Falsely Claims”…. Direct Authority from Peter, their Supposed First Pope…! They Also… “Falsely Claim”…. To have Authority to Forgive Sins…! Most Catholics: as I once DID: as a ‘Former Catholic’…. “Blindly Believe” all that is Taught! Serious Questions are often “QUENCHED”…. By the “Threat & Fear” of “Ex-Communication”! Also the Threat of “Eternal Damnation”… quiets any repeated Questions! Remember the Movie, “Saturday Night Fever” with John Travolta?  His Brother the ‘Priest’; was  a perfect example of the “Catholic Mindset!” His parents thought they had a ‘Ticket to Heaven’, because their Son was a Priest! Catholics are TOLD: that the Priests, Bishops & Pope… can Forgive Sins! They can “NO MORE”… do so than “Santa Clause”, the “Easter Bunny” and the “Cleveland Indians!” This False Notion: is based on “John 20:23”… “Taken Out of Context!” How Strange it is…. That they “LEAVE OUT”… those Other Scriptures…. “Pertaining to Spiritual Authority”…? The Pope, Bishops & Priests are NOT ALLOWD to be “Married!” Certain CATHOLIC ‘Dietary Restrictions’ are also COMMANDED: in violation of the Scriptures! Did You know that Peter, the ‘Supposed First Pope’ was Married…?

*** (1Timothy 4:1-to-5) But the [Holy] Spirit expressly says that in the latter times some shall depart from the faith, giving heed to seducing spirits and teachings of demons,
(1Tim 4:2) speaking lies in hypocrisy, being seared in their own conscience,
(1Tim 4:3) Forbidding to “MARRY”, saying to “ABSTAIN” from foods which God has created to be received with thanksgiving by those who believe and know the Truth.
(1Tim 4:4) For every creation of God is good, and Nothing to be Refused if it is received with thanksgiving.
(1Tim 4:5) For it is sanctified through the Word of God and prayer.

*** (1Timothy 3:1-2) Faithful is the Word: If anyone reaches out to the office of Bishop, he desires a good work.
(1Tim 3:2)  Then it behooves the Bishop to be without reproach, husband of one WIFE, temperate, sensible, well-ordered, hospitable, apt at teaching,

*** (Titus 1:5-6) For this cause I left you in Crete, that you should set in order the things that are lacking and ordain Elders [Pastors] in every city, as I had appointed you,
(Tit 1:6) if anyone is blameless, husband of one WIFE, having believing children, not accused of loose behavior, or disobedient.

The Catholic Church “Wrongly TEACHES”…. That Christ Jesus died on Good Friday! Question: is that “WRONG or Right”…?  “WRONG”…! Please allow me to ASK….? How can any Church…. CLAIMING to the ONLY RIGHT CURCH…. Be so Very “WRONG”…? Simply count the Days & Nights? Christ Jesus SAID… THREE… [3] Days & [3] Nights…!

*** (Mark 8:31) And He [Jesus] began to teach them that the Son of Man must suffer many things and be rejected by the elders and the chief priests and scribes, and be killed, and after three days rise again.

Almost 25 years ago…. My Catholic grandmother Died at 93! She told me that she was going to Heaven, because she had “PRAYED the Rosary” and had “Catholic Water Baptism!”  No matter what I showed her in the Bible, even the ‘Catholic Bible’…. she would “Not Believe IT!” Water Baptism has “NOTHING” to do with Eternal Life & Salvation…! Neither DO: “ANY PRAYERS: TO MARY”…! The Bible Plainly TEACHERS… “ONLY: ONE MEDIATOR”… Between GOD and Mankind: The Lord Christ Jesus…! What does the Bible SAY: about these Issues…? Are You Fearful to LOOK…?

*** (Matthew 1:25) He [Joseph] did NOT have marital relations with her until she had given birth to a son; and he named him Jesus.

*** (Mark 6:3) Is not this the carpenter, the son of Mary, the brother of James, and Joses, and of Juda, and Simon? And are not his sisters here with us? And they were offended at him. [4 Brothers & 2 Sisters]

Why then is she Referred to as… “The Virgin Mary”…? One Catholic even told me that She is an “Eternal Virgin!” Christ Jesus had… “4 Brothers & 2 Sisters”… and Mary is still called Virgin…? What is “Wrong with that Picture”…? Didn’t You read above…. “Luke 11:27-28”… Where Christ did “NOT” give HER…. Any Special Place…. Because SHE was His ‘Earthly Mother’…? IF He did NOT: Why then, DO the Catholics…? God does “NOT” Hear any of those…. “Hail Mary’s Prayed”…! Why then are CATHOICS…. “Lied TO about This”…?

The BIBLE Only Recognizes…. “ONE Baptism”…! The ONE that ‘Born Again’ US [John 7:38-39]…. Into the Body of Christ, His Bride! Roman Catholics teach, ‘Water Baptism’ for Infants! Much “False Teaching” about Water Baptism has come about… “BECAUSE”… People will “NOT Simply Believe”…. The Holy Word of God…! Water Baptism is a WORK: and NOT the Grace of God! It was meant to be an Outward Confession…. Of an INWARD SAVING FAITH…! Actually the “Biblically Correct Nomenclature” for Water Baptism is…. “Believers Baptism”…!

*** (Ephesians 2:8-9-10) For by Grace you are saved through faith, and that not of yourselves, it is the gift of God,
(Eph 2:9) NOT of works, lest anyone should boast.
(Eph 2:10) For we are His workmanship, created in Christ Jesus to good works, which God has before ordained that we should walk in them.

*** (Titus 3:5) NOT by works of righteousness which we have done, but according to His mercy He saved us, through the washing of regeneration and renewal of the Holy Spirit, [Romans 8:9]

Why do You think that SATAN hates the Holy Word of God…? Simply because it is God’s Truth… about Salvation! IF there is a “True Faith”, then there is ALSO: A “False Faith”…! People do NOT Counterfeit…. “$3 dollar bills”…! There is No Such Thing! They will Counterfeit, $20’s, $50’s & $100’s…! So too in the Spiritual Realm…. SATAN does NOT come as a “Red ‘Horned’ Demon with a ‘Pitch Fork!’ His Camp is Within the CHURCHES…! Do You believe that…? What does the Holy Word of God… SAY about that Topic…?

*** (2Peter 2:1-2) But there were also false prophets among the people, even as there will be FALSE TEACHERS among you, who secretly will bring in destructive heresies, even denying the Master who bought them, bringing on themselves swift destruction.
(2Pet 2:2) And -> Many <- span=""> will follow their pernicious ways; and because of them the way of Truth: will be evil spoken of. [John 7:17 & Jeremiah 23:29]

*** (Jude 1:3-4) Having made all haste to write to you about the common salvation; beloved, I had need to write to you; to exhort you to ‘Contend Earnestly’ for the [True] Faith; once delivered to the saints.
(Jude 1:4) For some people have slipped in; among you unnoticed. They were written about long ago as being deserving of this condemnation; because they are ungodly. They turn the grace of our God into uncontrollable lust and deny our only Master and Lord, Jesus Christ.