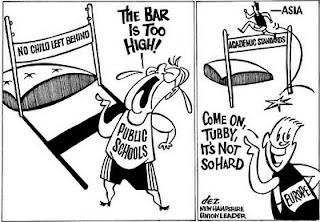 Just perhaps… after all the comments and direct emails… thought it might be prudent to add some additional thoughts to this blog? Most important is what God, the God of the Bible says in His Holy Word… about His love and care… for the Sinners? How and why Christ died… to set us free from “Both” the ‘Penalty & the Power’ of… “Sin/Sins!” Sin is the root… Sins are the fruit! Perhaps when we see as God has showed us in His Word, we will see as He sees…?

*** (Ezekiel 18:23) Do I actually delight in the death of the wicked? says the Lord Jehovah. Is it not that he should turn [Repent] from his ways and live?

*** (Ezekiel 18:32) For I have no delight in the death of him who dies, says the Lord Jehovah. Therefore turn and live.

*** (2Peter 3:9) The Lord is not slow concerning His promise, as some count slowness, but is long-suffering toward us, not purposing that any should perish, but that all should come to repentance.

*** (Acts 17:30-31-32) Truly, then, God overlooking the times of ignorance, now He strictly commands all men everywhere to repent,
(Act 17:31) because He has appointed a day in which He is going to judge the world in righteousness by a Man whom He appointed, having given proof to all by raising Him from the dead.
(Act 17:32) And hearing of a resurrection of the dead, some indeed mocked; and others said, We will hear you again concerning this.

About now… we can see the heart of God, and just how He feels about those that will “NOT Repent!” The word in the NT Greek… ‘Repent’… simply means… “Having a ‘Change’ of Mind = demonstrated by = a ‘Change’ in Actions!” Those that say they are In Christ… and live like they did before are Not Really Born Again… by His Holy Spirit! IF God wants all to Repent… then He has given all… Repentance… and they have “Willingly Rejected”… “God’s Commands”… as well of the rest of His Word!

*** (Psalms 98:2-3) Jehovah God has made known His salvation; His righteousness He has unveiled to the eyes of the nations.
(Psalms 98:3) He has remembered His mercy and His truth toward the house of Israel; all the ends of the earth have seen the salvation of Jehovah.

*** (Romans 1:20) For the unseen things of Him from the creation of the world are clearly seen, being realized by the things that are made, even His eternal power and Godhead, for them to be = “WITHOUT – EXCUSE”.

“NO One”… will have any excuse to be able to give to God… about why they “Rejected Him!” Even His design and order of life and creation… are a witness to those… looking for His light. God intended for Israel His chosen people to share the Goodness and Glory of God. But they Refused over and over again. So after Christ the Messiah came and was… Rejected… the Gospel was given to the Gentiles! Yes even now… there is a remnant of Believing Jews…who know and trust in the Finished Work of Redemption… by Christ Jesus!

*** (2Chronicles 6:32-33) And also to the stranger who is not of Your people Israel, but has come from a far country for Your great name's sake, and Your mighty hand, and Your stretched out arm, if they come and pray in this house;
(2Ch 6:33) then hear from Heaven, from Your dwelling-place, and do according to all that the stranger calls to You for, so that all people of the earth may know Your name, and fear You, as Your people Israel, and may know that this house which I have built is called by Your name.

*** (Luke 21:24) And they shall fall by the edge of the sword, and shall be led away captive into all nations: and Jerusalem shall be trodden down of the Gentiles, until the times of the Gentiles be fulfilled.


Recently, someone asked me… “What about those that ‘do not’ come to Christ, did Christ die for their sins also…? Is there a ‘Limited Atonement’… only for those that come to Christ Jesus? Absolutely Yes! Perhaps I may share with you my understanding of this fact?


3. You think that it is charity but I tell you it is ‘grace’ with no strings attached.


4. Still… you want to succeed on your own, with the help of no one.


6. Your heirs close your estate and find my check to you for the money.


8. The bank informs them… sorry the person is dead; the funds are “Non-Transferable!”


That is a ‘word picture’… of “Salvation”. God calls “All” mankind to Himself. Many refuse His gift of Grace in payment for their… “Sin / Sins.” Their ‘Refusal’ to cash their check, the… “Gift of God”… will leave one… without the ‘eternal’ payment for their… “Sin / Sins!” This… Atonement by Christ Jesus for YOU… is paid for by the… “Death, Burial and Resurrection of Himself”… But…rejected by You! Where then do you expect to spend eternity… after spitting in the face of God and refusing His gift of Grace to you? This is the Gospel… that we communicate as… “Evangelism = You are Witnesses of these Things… “Luke 24:44-to-49”

*** (Matthew 7:21-22-23) Not everyone who says to Me, Lord! Lord! shall enter the kingdom of Heaven, but he who does the will of My Father in Heaven.
(Matt 7:22) Many will say to Me in that day, Lord! Lord! Did we not prophesy in Your name, and through Your name throw out demons, and through Your name do many wonderful works?
(Matt 7:23) And then I will say to them I never knew you! Depart from Me, those working lawlessness!

*** (1Corinthians 2:14) But the natural man does not receive the things of the Spirit of God, for they are foolishness to him; neither can he know them, because they are spiritually discerned.


Those that will come to Christ… will do so! Once again… “ALL – That the Father [God]… gives to Me [Jesus]… will come to Me!” Did you notice that Jesus did not say, few or some… but ALL…! All one must do is to simply present the Holy Word of God to the sinner. He or she… will be convicted by God’s Holy Spirit. It is then… Only Their Choice… to accept or to reject… God and His Word. But you can pray for that person… as we are commanded to in the Scriptures.

*** (John 7:38-39) He who believes on Me, as the Scripture has said, "Out of his belly shall flow rivers of living water."
(John 7:39) But He spoke this about the Spirit, which they who believed on Him should receive; for the Holy Spirit was not yet given, because Jesus was not yet glorified.