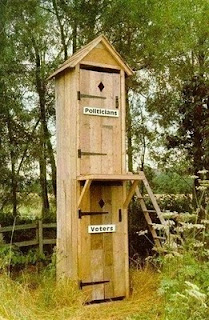 What is the Worlds… ‘Planet Earths’… “Largest Religion?” Perhaps it is simply “Politics!” It can be found in ‘every’ country, on ‘every’ continent and ‘all peoples’ participate in one manner or another. They will argue, lie, cheat and steal… for their ‘Agenda’ and hold the ‘Party Line’ against ‘any’ opponent! Try and present ‘Facts’… and you will be written off as… “Racist!” The media has their Favorite and will through ‘Omission and Inference’… slander their opposition. Their spin doctors will… “Obfuscate [LIE] The Truth”… and try an turn “Truth” into ‘Fables!’ Yes, Politics is the world’s… “Largest Religion!”

*** (Luke 16:13) "No servant can serve two masters. For either he will hate one and love the other, or be loyal to one and despise the other. You cannot serve God and riches!"

“Those that ‘do not’ remember History… Will ‘Soon’ repeat It!” Here in America, our founding fathers wrote a constitution and a bill of rights. It said that Congress shall not… “XYZ!” But the Judges at the ‘Local State and Federal Levels’… have done a ‘run around’… the constitution; ‘nullifying’ what Bills have passed the legislatures. In essence they have overturned the law and constitution with a single… ‘Unauthorized Legal Decision’. Say it isn’t so…? History and Morals… has demonstrated that “Marriage” is between ‘a man & a woman’. “Not” between two men or two women. One of the “Cesars of Rome”… had a horse as a ‘domestic partner’. How soon before the laws are overturned… and our ‘national health’ care… will be paying ‘Veterinary’ bills for ‘an animal’ domestic partner?

*** (Matthew 24:12) And because iniquity shall abound, the love of many will become cold.

*** (2Thessalonians 2:7) For the mystery of lawlessness is already working, only he is now holding back until it comes out of the midst.

*** (Ecclesiastes 8:11) Because sentence against an evil work is not executed speedily, therefore the heart of the sons of men is fully set in them to do evil.

About now… those that do not vote, should take a look at the ‘Slippery Slope’ of our “Nations Degradation”. Two states have ‘Suicide’ caveats in their Laws! It is getting worse… like spoiled food. Spoiled food ‘is not’ fit for human consumption; without ‘serious’ medical complications and even ‘death’. Remember the recall of ‘food products’ last year; that caused death in a number before the Government would do something? So it is with the Health… of Any Nation! The Family Unit and the Spiritual Condition of any country… will either help it… or hasten it to ruination.

*** (Proverbs 22:7) The rich rules over the poor, and the borrower is servant to the lender.

*** (Proverbs 16:18) Pride goes before destruction, and a haughty spirit before a fall.

Old Testament Israel… had a “Covenant from God”, the God of the Bible. He promised to Bless them; IF they kept God’s Ways… and to Curse them… if they disobeyed. Over and over again, God sent His Prophets and ‘Men of God’ [1Kings 13:all], and messengers to say… “Thus says the Lord…!” Israel disobeyed and God aloud… “Wicked Kings and Rulers”… to overtake them, to chasten then to repent! They were “Spanked by God” [chastened]… for their evil… and still they would not listen. Each one… simply wanted their ‘own way’… much like people today! Does America have a President… that Fears God… “Ecclesiastes 12:13-14?” Absolutely NOT!

“One Nation under God”… may be on our money, but… “NOT in our Hearts!” The recent controversy over the Mosque in NYC near ground zero has people “Polarized!” In this blog link below this paragraph, some statements are made. Just today, some of my FB friends removed me from their list and blocked my comments to their site. Why…? Because they seemed more concerned… about the memory of the ‘3400’ Americans killed by the “9–11” Terrorists! What about the… “Over 55,000,000 – Million = Innocent Babies = Killed by Abortion, = by American Mothers”…? Something is wrong… when ‘Politics’ takes over… “Right Thinking!” Save ‘Ground Zero’… but forget about those “Innocent Babies”…? Speak out about ‘Ground Zero’… but “Do NOT” ‘speak out’… about & for those… “Innocent Babies”…? Their shed blood ‘cries out’ in Judgment… “To God”… ‘Against America’…!

*** (Isaiah 59:4) None calls for justice, nor does anyone plead for truth; they trust in vanity and speak lies. They conceive mischief and bring out iniquity.

About now… someone is thinking about… “2Chronicles 12:14”… and God’s Promise to Israel about ‘Repentance and Restoration’. Do you not realize that the promises to Israel… are “NOT”… for the NT Church…? When “One or a Nation”… continually ‘rejects’ God and His Holy Word, the Bible… how then can they cry out and expect God… to restore their nation…? God does not have a Covenant with any other nation… but Israel! They will be restored with Christ Jesus reigns here on earth… for 1,000–years!

*** (Numbers 32:23) But if you will not do so, behold, you have sinned against Jehovah. And be sure your sin will find you out.

*** (Galatians 6:7) Do not be deceived, God is not mocked. For whatever a man sows, that he also will reap.

“God is NOT”… ‘Santa Clause’, and our nation has been “Very Evil!” Sure, there are really some Genuine Born Again, by the Holy Spirit of God… Christians here in this nation. Salvation is an “Individual Issue”… and “Not” a ‘corporate issue’… of and for… ‘our nation’. Revival ‘may’ take place in the individual… but how can it be a national issue… when so ‘very many’… “Do NOT”… believe the Bible, the Holy Word of God…?

*** (1Corinthians 2:14) But the natural man does not receive the things of the Spirit of God, for they are foolishness to him; neither can he know them, because they are spiritually discerned.

*** (Habakkuk 3:17-18-19) Though the fig tree shall not blossom, and fruit is not on the vines; the labor of the olive fails, and the fields yield no food. The flock is cut off from the fold, and no herd is in the stalls;
(Habakkuk 3:18) yet I will rejoice in Jehovah, I will joy in the God of my salvation.
(Habakkuk 3:19) Jehovah the Lord is my strength, and He will make my feet like hinds' feet, and He will make me to walk on my high places. To the chief singer on my stringed instruments.

Perhaps if this discussion… does not make you think about God and His Holy Word… this surely will! The ever rising deficit… is not repayable… with our current GNP [Gross National Production]. Just the interest alone is over… 1,000,000,000–Billion dollars a year. We owe more to other nations, and are selling off our Jobs to offshore conglomerates. What then will become of our Nation… the ‘ONE You call’… “One Nation Under God”…? Simply look at this debt clock… and weep like you never have before! Just WHO… will you vote for…? More Change to a European Socialist Model of America…?


*** (Isaiah 1:15-16-17) And when you spread out your hands, I will hide My eyes from you; yea, when you make many prayers, I will not hear; your hands are full of blood.
(Isa 1:16) Wash yourselves, make yourselves clean; put away the evil of your doings from before My eyes; cease to do evil;
(Isa 1:17) learn to do good; seek judgment, reprove the oppressor. Judge the orphan, plead for the widow.

*** (Jeremiah 22:21) I spoke to you in your prosperity; but you said, I will not hear. This has been your way from your youth, for you have not obeyed My voice.

*** (Jeremiah 3:20) Surely as a wife treacherously departs from her husband, so you have dealt treacherously with me, O house of Israel [America by application of principle], says Jehovah.