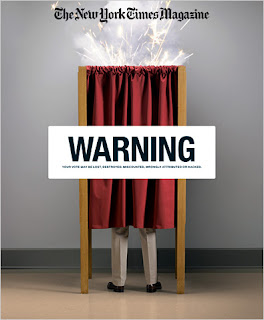 Because of the ‘Election’… there have been ‘Many Christians’ arr speaking out about Which Party & Which Candidate to Vote For…! Each one has their “Agenda”… and hopes that God will restore our nation, to its former stance. Sorry to inform you, that will “NOT” Happen! Please don’t turn me off… but God gave use… the Leader we “Deserved!” Our sinful, “Abortion Driven”; Money Driven; Fun & Entertainment Driven… country was ‘bound’ for its own destruction.


“Never”, in the Bible… did God; the God of the Bible… bring deliverance… “Without Repentance!” Some of the ‘Foolish’… simply believe that… Voting the right party or the right candidate into office… will “Fix” our national problems. Somehow they ‘cannot’ see the “Big Picture!” The moral base of our Nation… has “Eroded”… to PC [Political Correctness]. The Bible and Prayer and God… are slowly being; “Totally Eliminated”… from our culture. Our nation is like those… “Tourists”… Sitting on ‘deck chairs’… on the Titanic!


“IF” Only… those Christians, those Truly Born Again… by the Holy Spirit of God = had obeyed God’s Holy Word; we would ‘not’ be in this state. To get out of ‘Any Situation’… One needs to know where they ‘Started From?’ Many ‘do not’ understand that America; is… “NOT”… A Christian Nation; and “Never Was!” Nations ‘cannot’ be Christian… “Only People” = can be Born Again = by the Holy Spirit of God! Our nation was founded, “Only” on ‘Some Christian Principles’… and “NOT”… on the Holy Word of God; as was the Nation of God’s People… “Israel!” Many think that Christianity… is a “Fix All”… for ‘all’ problems. “It is NOT!” Only the Holy Word of God… is out pattern for “Life, Living & Salvation”… in the “Finished Work” of Christ Jesus, the Savior for… “All” Mankind… ‘regardless’ of Nationality or Country!


Here in ‘America’… we have ‘Substituted’… the “Holy Word of God”… with… “Platitudes of Semi–Morality” Say it isn’t So…? In the last two years… those Christians… have complained more about ‘The President’; ‘The Economy’; ‘The Employment Situation’; even about the Muslim mosque near Ground Zero;… Than They HAVE… About the Over 55,000,000 – Million… Innocent Babies… “MURDRED”… by their American Mothers; in their Wombs! How “MANY”–‘Christians’… have spoken out for these… “INNOCENT”– “MURDERED”–“BABIES…?

Please, ‘don’t’ tell me… that you ‘still believe’… that the “Voting Booth”… is the place to “Turn Around our Nation”…? What “MOST”… do not realize… is that through “Judicial Tyranny”… many of our laws have been… “Stuck Down!” When we have an Presidential Appointment and the Rationalization and Acceptance by the Congress… Of a Non–Judicial person to the Supreme Court… How then can the Legislative branch of our government… be effective…? It Can’t! Surely “NONE” of those bills…. “Struck down by Judicial Tyranny”… have ‘EVER’ been overturned by a… “2/3” Vote of the Legislators!