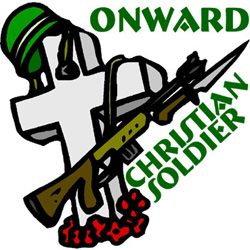 *** (2Timothy 2:3-4-5) Join me in suffering like a good soldier of Christ Jesus.
(2Tim 2:4) No one serving in the military gets mixed up in civilian matters, for his aim is to please his commanding officer.
(2Tim 2:5) Moreover, no one [either] who is an athlete wins a prize unless he competes according to the rules.

Today our Nation… celebrates Veterans Day, or Armistice Day. It is a remembrance of all those; ‘Who gave their Lives’ and those who ‘served’ in our Military. Over the past 30 some years; there has been an ‘Anti-Military’ bias in our great country. The draft was done away with and the ‘All Voluntary Service’; has replaced it… to the ‘detriment’ of our Nation. Back then, when the parents failed ‘to train’… the military surely did. It gave direction and purpose… to many young men, who had very little or none at all.

*** (Ecclesiastes 8:11) Because sentence against an evil work is not executed speedily, therefore the heart of the sons of men is fully set in them to do evil.

“All that is necessary for the triumph of evil is that good people do nothing.” British Statesman, Edmund Burke.


Those of us… who have served, know what it is like. But did you realize… that ‘Law Enforcement’ here in our country has an ‘equally hard’ or even ‘harder’ job…? The ‘Illegal Drug’s… “A Four Trillion Dollar” industry; is supported by our “Own American People”…? They themselves are ‘undermining’ the very foundations of our country! And the “Freedoms & Privileges” paid for with the “Lives & Limbs”… of Many Veterans! Every time you support “Marijuana and the Other Illegal Drugs”… you are ‘helping’; to “Destroy”… “Our Country!”

*** (Genesis 4:8-9-10) And Cain talked with his brother Abel. And it happened when they were in the field, Cain rose up against his brother Abel and killed him.
(Gen 4:9) And Jehovah [God] said unto Cain, Where is your brother Abel? And he said, I do not know. Am I my brother's keeper?
(Gen 4:10) And He [God] said, What have you done? The voice of your brother's blood cries to Me from the ground.

What is “Even Worse”… are the “Over 55-million”… “Innocent Babies”… that have been “Murdered by Abortion”… in their Mother’s womb… by their “American Mothers!” That is More… than have been Killed in war time! “Pets and Criminals”… have ‘more’ protection… “Than those Innocent Babies – Murdered!” What about you… when was the last time… you spoke out for those… Innocent Babies…?

*** (Deuteronomy 9:4) Do not say in your heart, when Jehovah your God thrusts them out from before you, saying, Jehovah has brought me in to possess this land for my righteousness. But say, Jehovah dispossesses them from before you because of the wickedness of those nations.

Did you Know… that in the “Original Hebrew OT Text; Exodus 20:13”… this is an ‘incorrect’ translation into English? In the Hebrew, there are ‘Five’ different words for Hebrew word ‘Kill’. The one used in this text… may and should be ‘Correctly Translated’… “You shall Not Murder, Innocent Life!” Death is permitted by God, the God of the Bible… as it is a part of War and Judgment on a peoples and nations. The breaking the Sabbath carried the Death Penalty; and so did False Prophesying. So too… even a rebellious child; was to be put to death, after continual rebellion to parents and civil authority.

The ‘Military’… is the Strength of a Nation; to keep itself safe against, ‘all’ external aggression. And Yes, that can be “Abused by Despots” such as… “Hitler of Germany” and “Po Pot of Cambodia!” And yes, even in our “Own Government”; such as in the issue with the ‘Murder’ of the “Innocent, men, women & children”… of the “Branch Dividians in Waco Texas!” But as Law Enforcement is for our ‘Domestic Protection’… so as our military if for; ‘International Protection’. There is an unseen war… going on… against ‘All’ that is good and right and decent!

*** (Ephesians 6:11-12) Put on all the armor of God, for you to be able to stand against the wiles of the Devil,
(Eph 6:12) because wrestling against flesh and blood is not to us, but against the rulers, against the authorities, against the world's rulers, of the darkness of this age, against the spiritual powers of evil in the heavenlies.

*** (Ecclesiastes 12:13-14) Let us hear the conclusion of the whole matter. Fear God, and keep His commandments. For this is the whole duty of man.
(Eccl 12:14) For God shall bring every work into judgment, with every secret thing, whether it is good, or whether evil.

Are “YOU”… Truly Born Again… by the Holy Spirit of God…? “IF”… You are, then you are a… “Soldier of Christ!” He is your… “Commanding Officer”… and ‘His Orders’ to you and to ‘Other Christian Soldiers’… are found in… “His Holy Word, the Bible!” There are No Other Options… and He will ‘reward’ or ‘punish’… according to His Holy Word; “Nothing More”, “Nothing Less”..!

*** (James 1:22) Keep on being Doers of the Word, and Not merely hearers who Deceive themselves.

*** (John 12:47-to-20) And if any one hears My Words and does not believe, I do not judge him, for I do not come to judge the world, but to save the world.
(John 12:48) He who rejects Me and does not receive My Words has one who judges him; the Word that I have spoken, the same shall judge him in the last day.
(John 12:49) For I have not spoken of Myself, but the Father who sent Me gave Me a command, what I should say, and what I should speak.
(John 12:50) And I know that His command is life everlasting. Therefore whatever I speak, even as the Father said to Me, so I speak.

*** (Acts 17:11) These people were more receptive than those in Thessalonica. They were very willing to receive the message, and every day they carefully examined the Scriptures to see if those things were so.

Do You Really, Love “JESUS”…? Is He your Savior and Lord [Boss]…? Are you in His ‘Holy’ Word… “Daily”… to get your daily marching orders; as a ‘Soldier of Christ’…? Or are you one of the ‘stand-bys’… who are Christians… “Only In Title… &… Not In Action?” Remember, He will judge everything for “Rewards for Service” and “Loss of Rewards”… by His Holy Word! He will be completely; “Just and Holy”… not expecting more, than He has provided for In You… by “His Holy Spirit”…!

*** (1Corinthians 12:13) For also by one [Holy] Spirit we are all baptized into one body, whether Jews or Greeks [Gentiles], whether bond or free, even all were made to drink into one Spirit.

*** (1Corinthians 3:11-to-15) For no other foundation can no one lay than the one being laid, who is Jesus Christ.
(1Cor 3:12) And if anyone builds on this foundation gold, silver, precious stones, wood, hay, stubble,
(1Cor 3:13) each one's work shall be revealed. For the Day shall declare it, because it shall be revealed by fire; and the fire shall try each one's work as to what kind it is.
(1Cor 3:14) If anyone's work which he built remains, he shall receive a reward.
(1Cor 3:15) If anyone's work shall be burned up, he shall suffer loss. But he shall be saved, yet so as by fire.

*** (2Corinthians 13:5-6) examine yourselves, whether you are in the faith, prove your own selves. Do you not know your own selves, that Jesus Christ is in you, unless you are reprobates?
(2Cor 13:6) But I trust that you will know that we are not reprobates.

So where do you “Stand”…? Are you part of His army… or are you against Him…? You know that without me even asking… “Don’t You?” If you truly are His child… and you haven’t been serving Him and His Holy Word… how about starting… “Right Now?” If He has called you, into the Glorious Gospel… of His Light & Truth… then take advantage of the Opportunities HE Jesus… has given You… in and through His Grace, Mercy and Love…?

*** (Luke 24:44-to-48) And He  [Jesus] said to them, These are the words which I spoke to you while I was still with you, that all things must be fulfilled which were written in the Law of Moses and in the Prophets and in the Psalms about Me.
(Luke 24:45) And He opened their mind to understand the Scriptures.
(Luke 24:46) And He said to them, So it is written, and so it behoved Christ to suffer and to rise from the dead the third day,
(Luke 24:47) and that repentance and remission of sins should be proclaimed in His name among all nations, beginning at Jerusalem.
(Luke 24:48) And you are witnesses of these things.

Am I a soldier of the Cross…? [Song]
http://www.hymnsite.com/lyrics/umh511.sht