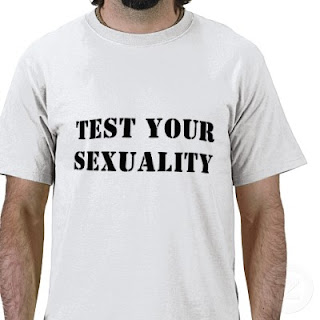 These blogs seems… to have generated a storm of “Questions & Remarks”. Most of them seem to be in opposition to the Holy Word of God. And yet… most were asked by those, claiming to be Christians? Here is a typical response. Some see nothing wrong with a man and a woman having an intimate sexual arrangement. But, see something wrong with one… who is Promiscuous! Go figure…? How much sex… with how many partners… is considered Promiscuous…? No one would define or quantify such an ‘answer’…?

Perhaps your Sexual partner… had Ovarian Cancer or had a Mastectomy… and could no longer perform? Suppose he had Testicular Cancer… and could not longer perform…? Would you just leave them for someone ‘Else’…? That is the difference between “Love” and “Lust!” Lust wants ONLY; what Lust Wants… and is ‘Never Satisfied’ with enough! “Cheaters always Cheat”… and “Quitters always Quit!” Without that Marriage… that “All Consuming Commitment”… before God and mankind… the “Human Sexuality”… means absolutely “Nothing!”

Women keep the ‘Morality’… of any ‘Nation’ or ‘Peoples!’ They are the ones who consent to the Human Sexuality relationship; “Without Marriage!” Men are just the “Opportunists”…! Surely you have heard a man say… “Why buy the Cow… when the Milk is Free”…? Women have the ‘most’ to lose… and the ‘most’ to gain… in “Human Sexuality”. They are in fact… the “Keepers”… of the ‘Next Generation!’ They have the ‘most’ influence over their Children. They also have the ‘greatest’ opportunity… “Also–to Ruin that Generation!”

How about “Pornography”…? Is that normal or deviant… “Human Sexuality”…? Remember those “Betty Boop” caricatures of the WW2 ear; of a big bosom woman, scantily clad…? Or even the Burlesque shows… where a woman was ‘never’ completely nude…? Their “Human Sexuality”… has declined from “Private Parts” covered in the early ‘Playboy’ publications… to the “Bear It All”… over the last few years! That is the ‘Degeneration’ of the Human Sexuality! Now for the past 15 or so years… the Homosexual Agenda has permeated all walks of Sociology; claiming to be “Preference & Normal”… for both “Men with Men” & “Women with Women!”

*** (Romans 1:32) Although = they know God's just requirement = that those who practice such things = deserve to die = they not only do these things = but even ‘applaud’ others = who practice them.

Can you see “Now”… why God’s standard of “Holiness and Righteousness” is so “Very Serious”… for Any Nation…? Not only the Murder of those Innocent Aborted Babies… by Abortion; but the “Rampant ‘Deviant’ Human Sexuality”… is the ‘Ruination’… of Any Nation! You either hold to God’s Holy Standard of Human “Marriage Only” Sexuality… or you will continually ‘degrade’ to those animal passions… to have ‘Sex’ with Animals! One of the homosexual Cesars of Rome… had a horse… as his ‘domestic’ partner!