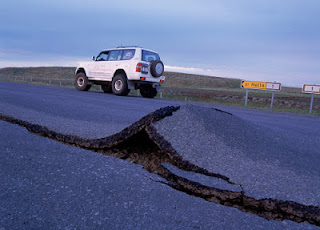 What about Remarriage after Divorce…? IF either partner has NOT Remarried, then “Reconciliation is Possible!” But only: in Christ Jesus and in Obedience to His Holy Word. But if either party has ‘Remarried’ they cannot return to their Original Spouse: for they are “Defiled!”

*** (Deuteronomy 24:1-to-4) When a man has taken a wife and married her, and it happens that she finds no favor in his eyes, because he has found some uncleanness in her, then let him write her a bill of divorce and put it in her hand, and send her out of his house.
(Deut 24:2) And when she has departed from his house, she goes and becomes another man's;
(Deut 24:3) and the latter husband hates her and writes her a bill of divorce and puts it in her hand and sends her out of his house; or if the latter husband Dies, he who took her to be his wife
(Deut 24:4) her former husband, who sent her away, may NOT: take her again to be his Wife after she is “Defiled”. For that is hateful before The LORD. And “You” shall ‘Not’ cause the land to sin, which The LORD Your God gives “You” for an inheritance.

What about Adultery… before there is a Divorce: Especially when “Both”: are ‘Supposedly Practicing Christians?’ Will either submit to this Scriptural Test…? Would “You”…? When faced with God’s Direct Judgment: what will be their response…? [Matthew 18:15-to-18]

Is there an example… of “Permitted Divorce” as a matter of the ‘National Repentance’ of Israel: by “God’s ‘Chosen People & Nation”…? Yes there is and it happened after the return of Israel to Jerusalem: after the “70 – year” Babylon captivity. How hard could it be: to send away your “Wife & Children” to exile…? It is simply the “Cost of Obedience” to the GOD: Who chose Israel and the people to be His witness to the nations! [2Chronicles 6:32-33]

*** (Ezra 10:1-to-6)  And when Ezra had prayed, and when he had confessed, weeping and casting himself down before the house of God, there gathered to him out of Israel a very great congregation of men and women and children, for the people wept with a great weeping.
(Ezra 10:2)  And Shechaniah the son of Jehiel, of the sons of Elam, answered and said to Ezra, now there is hope in Israel concerning this thing.
(Ezra 10:3)  And now let us make a covenant with our God to ‘Divorce’ all the women, and such as have been born of them, according to the counsel of the Lord, and of those who tremble at the commandment of our God. And let it be done according to the Law.
(Ezra 10:4)  Arise, for this matter belongs to ‘‘You’’. We also will be with ‘‘You’’. Be of good courage and act.
(Ezra 10:5)  Then Ezra arose and made the chief priests, the Levites, and all Israel to swear that they should do according to this word. And they swore.
(Ezra 10:6)  Then Ezra rose up from before the house of God and went into the room of Johanan the son of Eliashib. And he went there, and he ate no bread nor drank water. For he mourned because of the sin of those who had been exiled.

Yet Israel was returning… from their “70-year” Babylon captivity. “Jerusalem” was given back to “Israel”; with the ‘People’ and the ‘Temple!’ [Ezra, Nehemiah & Ester] God was once again going to restore His people: to the witness they once had. He could ‘NOT’ have a: “Mixed Message!” Especially with a family serving BOTH: God and some “Heathen Idol.” [Luke 14:26-27] This command by Ezra and the Covenant of Divorce was… “Israel Specific!”

HOW does it apply to the NT… “Israel of God…? [Galatians 6:16] and a couple that is NOW: Living IN: Remarriage Adultery…?

What about those who Recognize… that their “Remarriage was Adultery”…? Should they continue to “Live Together” in that Adulterous Relationship…? May I say that “YOU NEED TO OBEY GOD”…! What would happen in our Nation: with a “Real Holy Spirit Revival”…? God could turn our “Sinful Debauched American” nation ‘Around’: and back to His Holy Word! But that will ‘Not’ happen! It ‘DID’ only ‘Partially’ happen with Israel: after the “70-year Babylon Captivity!” But only for a short time! They ‘SOON’: returned to their SIN and were worse off! American Christians are too “Filled with a ‘False’ Pride!”

Did Any NT American Christians REPENT: after the “9-11” terrorist attack…? Was there any “National Revival…? Sorry. “NO!” And like the OT Jews of Christ Jesus’ day: American Christians will: “Not Repent” of their: “Remarriage Adultery!” It is my belief that the Scriptures teach: “NOT To Continue In “SIN/SINS” – “Romans 6:1-2” & “Proverbs 28:13”…! Should they continue in the: “Blessings & Benefits” of a LIKE: God Sanctioned Marriage? But need to be a Witness to Others: who do ‘Not’ have such a “Holy Spirit Conviction!” That way they would NO longer be a “Witness for License”…! [Jude 1:3-4]

*** (1Corinthains 7:12-ti-17) I (not the Lord) say to the rest of ‘‘You’’: If a brother has a wife who is an unbeliever and she is willing to live with him, he must not abandon her.
(1Cor 7:13) And if a woman has a husband who is an unbeliever and he is willing to live with her, she must not abandon him.
(1Cor 7:14) For the unbelieving husband has been sanctified because of his wife, and the unbelieving wife has been sanctified because of her husband. Otherwise, your children would be unclean, but now they are holy.
(1Cor 7:15) But if the unbelieving partner leaves, let him go. In such cases the brother or sister is not bound; God has called “You” to live in peace. [KEY: 1Peter 4:1-2]
(1Cor 7:16) Wife, how do “You” know whether “You” will save your husband? Husband, how do “You” know whether “You” will save your wife?
(1Cor 7:17) Nevertheless, everyone should live the life that the Lord gave him and to which God called him. This is my rule in all the churches.

*** (2Peter 3:9) The Lord is not slack concerning his promise, as some men count slackness; but is longsuffering to us-ward, not willing that ANY should perish, but that ALL should come to Repentance.
*** (Acts 17:30-31) And the times of this ignorance God winked at; but now [Strictly] Commands ALL men everywhere to Repent:
(Acts 17:31)  Because He hath appointed a day, in which He will judge the world in righteousness by that man [Christ Jesus] Whom: He hath ordained; whereof He hath given assurance unto ALL men; in that He [God] has raised Him [Jesus] from the dead. [John 10:17-18]

*** (Luke 3:8) Therefore, bring forth fruits worthy of repentance; and do not begin to say within yourselves; We have Abraham for our father. For I [Jesus] say to you; that God is able to raise up children to Abraham from these stones.