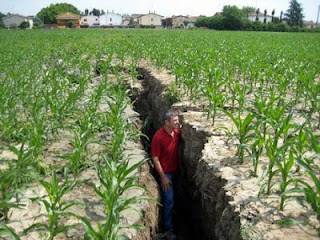 There is NO: NT “Command to Divorce”…! But there is ‘ONE’ to: “Reconcile”… “2Corinthians 5:18-to-21!” Even the early Jerusalem Church writing to both “Jew & Gentile” Christians… “NEVER: Commanded OR Approved: Divorce”. It was only permitted under the OT Law of Moses: and verified by a “Harden Heart!” [Matthew 19:8]

It was in rebellion against God… and His Holy Word! Did “You” know there were circumstances when Divorce was NOT allowed… “Deuteronomy 22:29”…? Death was the payment demanded by the Law for: “Adultery!” “Not Divorce!”

It is a sad state of ‘Spiritual Conditions”… when the Redeemed NT Believers won’t forgive their “Brother’s & Sisters in Christ!” It is even worse, when thy “Falsely Claim Forgiveness” for themselves: and their “Remarriage Adultery”: [Mark 10:11-12]

*** (1Corinthains 5:1-to-6) It is Actually reported that sexual immorality exists among ‘‘You’’, and of a kind that is not found even among the gentiles. A man is Actually living with his father's wife! [Leviticus 20:11]
(1Cor 5:2) And “You” are being arrogant instead of being filled with grief and seeing to it that the man who did this is removed from among ‘‘You’’.
(1Cor 5:3) Even though I am away from “You” physically, I am with “You” in spirit. I have already passed judgment on the man who did this, as though I were present with ‘‘You’’.
(1Cor 5:4) When “You” are gathered together in the name of our Lord Jesus and my spirit and the power of our Lord Jesus are present,
(1Cor 5:5) hand this man over to Satan for the destruction of his flesh, so that his spirit may be saved on the Day of the Lord.
(1Cor 5:6) Your boasting is not good. “You” know that a little yeast leavens the whole batch of dough; don't ‘‘You’’? [Sexual Sins ‘Contaminate: the whole Church] [Revelation 2:18-to-23]

But there is the Command in the NT… to bind one over to Satan: for God’s Correction! But no command to Divorce!  Amazing how ‘American Christians’ have that, “Intent to Defraud” and Leave OFF: The Mercy, Love & Grace of the Christ Jesus they claim to “KNOW”…?

*** (Acts 15:19-to-31) Therefore, I have decided that we should ‘not’ trouble these gentiles who are turning to God.
(Acts 15:20) Instead, we should write to them to keep away from things polluted by idols, from sexual immorality, from anything strangled, and from blood.
(Acts 15:21) After all, Moses has had people to proclaim him in every city for generations, and on every Sabbath he is read aloud in the synagogues."
(Acts 15:22) Then the apostles, the elders, and the whole church decided to choose some of their men to send with Paul and Barnabas to Antioch. These were Judas, who was called Barabbas, and Silas, who were leaders among the brothers.
(Acts 15:23) They wrote this letter for them to deliver: "From the apostles and the elders, your brothers, to their gentile brothers in Antioch, Syria, and Cilicia. Greetings.
(Acts 15:24) We have heard that some men, coming from us without instructions from us, have said things to trouble “You” and have unsettled your minds.
(Acts 15:25) So we have unanimously decided to choose men and send them to “You” with our dear Barnabas and Paul,
(Acts 15:26) who have risked their lives for the sake of our Lord Jesus Christ.
(Acts 15:27) We have therefore sent Judas and Silas to tell “You” the same things by word of mouth.
(Acts 15:28) For it seemed good to the Holy Spirit and to us not to place on “You” any burden but these essential requirements:
(Acts 15:29) to keep away from food sacrificed to idols; from blood; from anything strangled; and from sexual immorality. If “You” avoid these things, “You” will prosper. Goodbye."
(Acts 15:30) So the men were sent on their way and arrived in Antioch. They gathered the congregation together and delivered the letter.
(Acts 15:31) When the people read it, they were pleased with the encouragement it brought them.

Did “You” notice NO: NT Command to “Keep the Sabbath”: Either…? Or any of the “Jewish Dietary Laws” [Acts 10:9-to-16] of the OT…? How about those Sacrifices for SIN/SINS…? The book of Hebrews puts it all in perspective: that the “Finished Word of Redemption” “IT IS: Finished!” No more sacrifices for “SIN/Sins!”

“Death for Adultery” was under the Law! Forgiveness: the “Same Forgiveness” that “You” expect from God: is for Adultery under God’s: Love, Mercy & Grace…!

What forgiveness “You” withhold… will be withheld from ‘‘You’’! [Matthew 6:14-15] Oh yes, did the Jerusalem Church Elders WRITE anything about DIVORCE…?

*** (John 8:1-to-11) Jesus, however, went to the Mount of Olives. [Mark 1:35]
(John 8:2) At daybreak he appeared again in the temple, and all the people came to him. So he sat down and began to teach them.
(John 8:3) But the scribes and the Pharisees brought a woman who had been caught in adultery. After setting her before them, [But they did ‘NOT’ bring the Man: ALSO!]
(John 8:4) they said to him, "Teacher, this woman has been caught in the very Acts of adultery.
(John 8:5) Now in the law, Moses commanded us to stone such women to death. What do “You” say?"
(John 8:6) They said this to test him, so that they might have a charge against him. But Jesus bent down and began to write on the ground with his finger. [Leviticus 20:10-11-12]
(John 8:7) When they persisted in questioning him, he straightened up and said to them, "Let the person among “You” who is without sin be the first to throw a stone at her."
(John 8:8) Then he bent down again and continued writing on the ground.
(John 8:9) When they heard this, they went away one by one, beginning with the oldest, and he was left alone with the woman standing there.
(John 8:10) Then Jesus stood up and said to her, "Woman, where are your accusers? Hasn't anyone condemned ‘‘You’’?"
(John 8:11) She said, "No one, sir." Then Jesus said, "I don't condemn “You” either. Go home, and from now on do NOT sin anymore."

Where did this “Divorce Mentality” come from…? It comes from a “Mix of Law & Grace” only to: “Justify the “SINS of the MANY”…! Did “You’’ ever notice, when one “VALIDATES” a ‘Divorced’ person; they ‘Justify’ their: “Own Actions?” Well “He” did this or “She” did that! They will always “ACT Perfect”: and ‘Never’ speak about  their “Own SIN!” They are part of a “Divorce ‘Justification’ Validation”… which has ‘Devastated’: Those in Christ, His Bride, His Church…!

The first Silence [400 years] was in Egypt… when Joseph brought Israel to Egypt: “Acts 7:6-to-15”.The second “400 years of Silence” began after the book of Malachi. It is important to notice the backslidden condition of the “UN Faithful?” PRIOR: to that silence. They were given to “Divorce” which God said He hated: “Malachi 2:14-to-16!” In the days of Jesus, the ‘Religious’ also were given over to “Divorce”. Of course the conveniently use the Scriptures – “Out of ‘Totality: Out of Context”: to Attack Christ Jesus: and is Ministry. Included in that point: the Jews substituted the “Traditions of the Elders” and their Rabbinical writings, “The Talmud”. No one wanted to hear the Holy Word of GOD, and its mandate for marriage.

*** (1Corinthains 7:39) A wife is bound to her husband as long as he lives. But if her husband dies, she is free to marry anyone she wishes, only in the Lord.

*** (Ephesians 5:21-to-24) submitting yourselves to one another in the fear of God.
(Eph 5:22) Wives, submit yourselves to your ‘own’ husbands, as to the Lord.
(Eph 5:23) For the husband is the head of the wife, even as Christ is the head of the church; and He is the Savior of the body.
(Eph 5:24) Therefore as the church is subject to Christ; so let the wives be to their own husbands in everything.

*** (1Samuel 15:23) For Rebellion is as the sin of Witchcraft; and Stubbornness is as Iniquity [Lawlessness] and Idol-worship. Because “You” have rejected the Word of The LORD; He has also rejected “You” from being king!