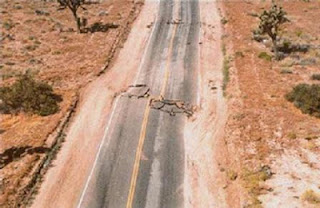 *** (Lamentations 4:10) The hands of the pitying women have boiled their own children; they became their food in the ruin of the daughter of my people.

American Women, have Murdered: OVER… “55,000,000 – MILLION: Innocent Babies” in their American Mother’s wombs!

That is MORE… than all the “US Soldiers”, “Police & Fireman”: Killed in the 238 years of our “Nations History!” Not for any Medical reason; but for “One of Inconvenience!” With all the Birth Control available; why would one: Not use it…? Could it be their ‘Conscience’ has convicted them of their: “Immoral Ways”…?

We all know… “Sex is for Marriage!” Ever wonder why “Marriages FAIL”…? Just imagine all those: Sexual / Emotional / Self Esteem “Issues”: that are dragged into a Marriage Relationship: from “Past Sexual Affairs”…?

How about the “Pornography”… that women are involved in? Does that “Help”: the “Family Unit” –or– “DESTROY”: the Family Unit…?  America is the largest exporter of Pornography in the Entire World…! What does that do to the “Men”: and their concept of a “Woman”…? And most: ‘Christian Women’ are… “EXTREMELY SILENT”… on this issue! And “Why”…? Could it be they are Convicted within themselves: for their own past behavior…?

About now… some women is “Thinking & Saying”: “He wanted ME: to get an Abortion!” “Really”…? In my lifetime; [55+ years] the “Shame & Disgrace” of an ‘Out of Wedlock Pregnancy’ took place: out of state. The girl was often sent to her Aunts place to have her baby. The Child was often, immediately given up for Adoption.

Our American Compromised: “Spiritual Climate”… has eroded and become so very Debauched that: “Anything Goes”! And so has the welfare of the “Unborn Innocent Child!” Remember, it is the “GIRL or WOMAN”: Who ‘Signs’ the “Consent” form; for the ‘Medical Procedure’ of: “ABORTION” and: “NOT the Father!” Who is to Blame…? Of course “Both ARE!” But it is the Mother: who pays the “PRICE of Murder!” Yes, she consented to the “ABORTION MURDER” OF HER OWN… “INNOCENT UNBORN CHILD”…!  But our Nation, as a whole… “Pays the Price”…!

Women dress as to ‘Advertise’… their Bodies & Sexuality! “Mothers” simply allow their “Daughters” to dress in the manner they do! But ‘Why’…? Are they trying to ‘Re–capture’ their “Youth & Sexuality”…? Or are they living “Vicariously” through their daughters…? It is so very simple for a “Godly Born Again Woman”: to find her place; purpose & agenda for life: in the Scriptures. But of course, “MANY” [Matthew 7:21-22-23] are only “Playing Christian”; especially before “Other Players”: who don’t fool Anyone! “Especially GOD!”