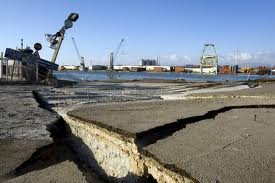 Confronting Spiritual Leadership: with the Scriptures…?

Did “You” know that “Satan’s CAMP”, is ‘IN’: the Church…? Do “You” believe that, “Yes or No”…? He, Satan: has the World: Blinded Already… “2Corinthains 4:3-to-6”…! His Agenda is to make the Saints “Ineffective”: in handling the Spiritual Work of the Gospel. He, Satan; has many workers, within the Church. Most Saints are “NOT Willing” to Confront OTHERS: with the Truth of the Holy Word of GOD! Satan uses that against those Naïve!

In essence… they are “Denying”: Christ Jesus and His Holy Word! “Say it isn’t SO”…? Did “You” know Paul had to confront Peter about “His False Teaching & Witness for Christ Jesus”…? Peter later ‘GREW’ Spiritually; and became ‘Mature’ in Christ! Do “You” know what He then said: about Paul’s Teaching…? Peter’s previously mistake was an “Honest ONE!” Being raised with that ‘Jewish Mindset’: and then being exposed to the Un-heard of: Grace of God!

But there are those who are… Determined to ruin the True Church, the Bride of Christ: with their “False Teaching” and “Anti–Bible” stand! While else is “Divorce” & “Remarriage Adultery”: so very rampant in the American Church…? That “Anti–Christ Agenda is so prevalent because the “Average” Pseudo Christian: Does NOT want to “Know or Obey” the Holy Word of God! Why else would they call anyone a: “Bible Thumper or a Legalist”…? Christ Jesus had the same problem with the “Pharisees & Sadducees & Lawyers & Scribes”: of His day. They only ‘needed & wanted’ the “Traditions of the Elders & the Talmud!” They did NOT want the Holy Word of God; and that is Why: they Crucified Him!

When “You” tell a Pastor… in all “Biblical Humility”: what the Bible says about “Divorce” & “Remarriage Adultery”… does he break down into: “True Biblical Repentance”…? It would Shock ‘‘YOU’’… to find out How Very Many Pastors are… “Divorced” and “Remarried into Adultery”…! Many have become ‘own gods’: in their own right…! Say it isn’t SO…? [Isaiah 24:1-2-3]

*** (Galatians 2:11-to-16) But when Peter came to Antioch, I opposed him to his face, because he was clearly wrong.
(Gal 2:12)  For until some men came from James, he was in the habit of eating with the gentiles, but after they came he drew back and would not associate himself with them, being afraid of the circumcision party.
(Gal 2:13)  The other Jews also joined him in this hypocrisy, to the extent that even Barnabas was caught up in their hypocrisy.
(Gal 2:14)  But when I [Paul] saw that they were not ‘Acting’ consistently with the Truth of the gospel; I told [confronted] Peter in front of everyone, "Though “You” are a Jew, “You” live like a gentile and not like a Jew. So how can “You” insist that the gentiles must live like Jews?"
(Gal 2:15)  We ourselves are Jews by birth, and not gentile sinners,
(Gal 2:16) yet we know that a person is ‘NOT’ justified by the works of the law but by the faithfulness of Jesus Christ. We, too, have believed in Christ Jesus so that we might be justified by the faith of Christ and ‘NOT’ by the works of the law; for ‘NO’ human being will be justified by the works of the law.

What did Peter LATER: say about Paul…?

*** (2Peter 3:15-16) Think of our Lord's patience as salvation, just as our dear brother Paul also wrote to “You” according to the wisdom given him. [2Peter 3:9]
(2Pet 3:16) He speaks about this subject in all his letters. Some things in them are hard to understand, which ‘ignorant’ and ‘unstable; people “Distort” to their own destruction [damnation]; as they do the rest of the Scriptures.

Who are the “Real Enemies” in the Churches of America & the World…?

*** (2Corinthians 11:1314-15) For such ones are false apostles, deceitful workers, [falsely] transforming themselves into the apostles of Christ.
(2Cor 11:14) Did not even Satan marvelously transform himself into an angel of light?
(2Cor 11:15) Therefore it is no great thing if his ministers also transform themselves as ministers of righteousness, whose end [damnation] shall be according to their works.

*** (Jude 1:3-4-5) Dear friends, although I was eager to write to “You” about the salvation we share, I found it necessary to write to “You” and urge “You” to continue your vigorous defense of the [True] Faith that was passed down to the saints once and for all.
(Jud 1:4) For some people have slipped in among “You”: unnoticed. They were written about long ago as being deserving of this condemnation because they are ungodly. They turn the grace of our God into uncontrollable license and deny our only Master and Lord, Jesus Christ.
(Jude 1:5) Now I want to remind ‘‘You’’, even though “You” are fully aware of these things, that the Lord: Who once saved his people from the land of Egypt; later destroyed those who did ‘Not’ believe.

*** (2Chronciles 19:2) And Jehu the son of Hanani the seer went out to meet him. And he said to King Jehoshaphat, Should “You” help the “Ungodly” and love those who “Hate” The LORD? And by this bring wrath on “You” from before The LORD.

*** (Revelation 2:20-21-22) But I have a few things against you because you allow that woman Jezebel to teach, she saying herself to be a prophetess, and to cause My servants to go astray, and to commit fornication, and to eat idol-sacrifices.
(Rev 2:21) And I gave her time that she might repent of her fornication, and she did Not repent.
(Rev 2:22) Behold, I am throwing her into a bed, and those who commit Adultery with her into great affliction, unless they repent of their deeds.

*** (2Peter 2:1-2) But there were also false prophets among the people, even as there will be false teachers among ‘‘You’’, who secretly will bring in destructive heresies, even denying the Master who bought them, bringing on themselves swift destruction.
(2Pet 2:2) And many will follow their pernicious ways, and because of them the way of Truth will be evil spoken of. [John 17:17]

*** (Acts 5:1-to-11) But a man named Ananias, with the consent of his wife Sapphira, sold some property.
(Acts 5:2)  With his wife's full knowledge he kept back some of the money for himself and brought only a part of it and laid it at the apostles' feet.
(Acts 5:3)  Peter asked, "Ananias, why has Satan filled your heart: so that “You” should “LIE” to the Holy Spirit: and keep back some of the money “You” got for the land?
(Acts 5:4)  As long as it remained unsold, wasn't it your own? And after it was sold, wasn't the money at your disposal? So how could “You” have conceived such a thing in your heart? “You” did not lie to men but to God!"
(Acts 5:5)  When Ananias heard these words, he fell down and “DIED!” And great fear seized ‘everyone’ who heard about it.
(Acts 5:6)  The young men got up, wrapped him up, carried him outside, and buried him.
(Acts 5:7)  After an interval of about three hours [3]; his wife came in, ‘Not’ knowing what had happened.
(Acts 5:8)  So Peter asked her, "Tell me, did “You” sell the land for that price?" She answered, "Yes, that was the price."
(Acts 5:9)  Then Peter said to her, "How could “You” have agreed together to test the Spirit of the Lord? Listen! The feet of the men who buried your husband are at the door, and they will carry “You” outside as well."
(Acts 5:10)  She instantly fell down at his feet and “DIED!” When the young men came in, they found her “Dead!” So they carried her out and buried her next to her husband.
(Acts 5:11)  And great fear ‘seized’ the whole church; and everyone else who ‘heard’ about this.