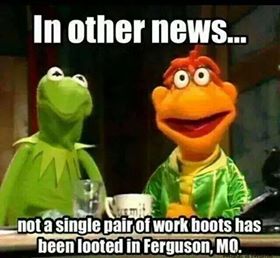 America is a nation founded on “Laws”…! These have always been our Strength, especially the “Law of God”…! In 1973 the “Row-V-Wade”…. Supreme Court Decision…. Brought in the Rebellion of Americans against God & His Holy Word! God and the mention of Him, was Removed from Public Schools! When I attended Public School, each morning there was Bible Reading & Prayer…. Over the PA System for the “Entire Student Body!” Now school gangs and metal detectors and “School Shootings”…. have Replaced: the Bible and its Teaching! Personal Responsibility has been Removed & Replaced with…. “No Child Left Behind”…! I started kindergarten early and graduated High School at 17. But there were Students, held back one year: So that THEY could mature and catch up. Today they are simply passed on! No wonder why so very many in the USA graduated High School with a “Certificate of Completion” rather than a High School Diploma! And it gets “WORSE”…. Each year! Now the common core movement, has sought to Replace: “Good Academic Requirements!” Now wonder why so very many ALIENS come here to replace American workers! The “Brain Drain” from other countries, simply replaces Helpless American Students! The Movie: “Dumb & Dumber”…. Has become an American Reality!

The Police Officer acted Legally… and yet the Public “Responded Wrongly! Somehow those Minority Students have been Programmed by their Parent Authorities….. “NOT TO OBEY”… the lawful orders of Law Enforcement! Last month I was in Hong Kong, during the Riots there! Were there were… “CAMERAS & NEWS REPORTERS”…. There was Civil Disobedience! Without the Cameras… there was None! Everyone wants their… “15 minutes of Fame [or Shame]… on the public broadcasting! Remember Rodney King and that Incident? The first minutes of the Video were OMITTED…. When Rodney King…. Was FIGHTING & ASALTING those Police Officers! The News media, has an Agenda: to the Spectacular: and to “Omit the Whole Truth!”

“Do You ‘Believe’ the = N.E.W.S – 101”… Blog.
http://truth459.blogspot.com/2011/09/do-you-believe-news-101-blog.html
…
*** (1Samuel 15:22-23) And Samuel said, Does the LORD Jehovah delight in burnt offerings and sacrifices as in obeying the voice of the LORD Jehovah? Behold, to obey is better than sacrifice! To listen is better than the fat of rams!
(1Sam 15:23)  For rebellion is as the sin of witchcraft, and stubbornness is as iniquity and idol-worship. Because you have rejected the Word of Jehovah, He has also rejected you from being king!

The POLICE are… “NOT” the Problem…! ‘Plain & Simple’… “People do NOT want Any Authority: Over Themselves! People continually… “REBELLL” against God’s Command… “To Repent”…!  Children REBELL against Parents…! Spouses against their Mates…! Workers against their Bosses…! Say it isn’t So…? Does your Employer have a “Computer & Phone Use Policy”…? Most do, yet the employees still MISUSE them…! I worked as a Crew Chief on an Armored Truck. Our Corporate Policy was that EMOPLYEES were…. “NOT allowed” to have or Use them at Work…! “Why”…? A Criminal could take your Family Hostage: and then call You and demand that You…. Give them ALL the “CURRENEY & Valuables” you were carrying. One of our Trucks periodically carried Over: “One Million Dollars” from a Federal Reserve Bank! Yes almost everyone had & carried one. We always had a “Company Communication Device” on board, in case of an ‘Emergency!’

“FURGERSON” is simply a “Mini-Word-Picture” of many USA Cities…! “Lawlessness” continues to get worse… “Not Better”…! Simply look at the… ILLEGAL DRUG & MARIJUANA USE…. In the USA…? Over “Four Trillion Dollars+”… “$4.000,000,000+”is spent on Illegal Drugs…! Where would our Nation be IF: those monies were used to… “Help Each Other… and those in Real Need”…? Would Children and Homeless Veterans go to sleep Hungry…? Most could care LESS…. About such Social Issues! But what does that DO: for the ‘Spiritual & Temporal’… “Health of our Nation”…? Our Priorities are simply…. “Bass Ackwards”…!

*** (Proverbs 19:17) He who has pity upon the poor lends to the LORD Jehovah, and He will reward his dealing to him.

“ONE NATION UNDER GOD”…? Absolutely “NOT”…! “In God we Trust”…? Sorry NO…! That saying on our Money: is simply a… “LIE”…! America is NOT a Christian Nation…! Only People can be…. Born Again…. By the Holy Spirit of God…! Nations “Cannot”…! Israel claims to be God’s Chosen….yet in FACT: they have “Rejected” the Jewish Messiah… “Christ Jesus”…! Would You say that All Jews are God’s People…? Even the Ones who “SUPPORT…. HOMOSEXUALITY”…? Absolutely NOT…. Just as those Americans who… FALESLY CLAIM… to Know Christ Jesus…! And those “Catholics” or “Mormons” or “Jehovah Witnesses”… WHO Preach a False Gospel…! [Galatians 1:8-9 & 2John 1:9-10-11]

*** (James 3:12) Can the fig tree, my brethren, bear olive berries? Either a vine, figs? So can NO fountain both yield salt water and fresh. [Truth & Lies]