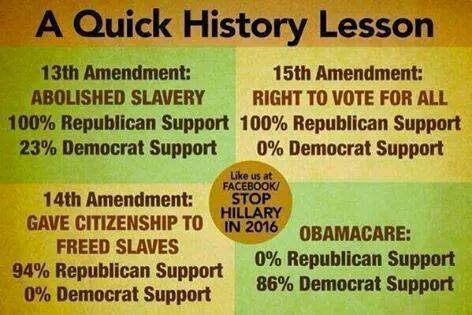 Where did Politics come from…? Simple Answer…? MANKIND… ‘wrongly thinks’… that HE is the Captain of His Fate and the Ruler of His Destiny…!Control of the Happenings of Life, are simply a “False Illusion”…! If You think NOT…. Please then tell US…. “When & How” will you Die…?

The MORE information we are Exposed to [Internet & Social Media]… the more we realize that We are NOT in Control…! Remember the… “WIKI Leaks”… and the Information that we were; Privy To…? That was ONLY the Tip of the Iceberg of Dis-Information…. That is kept Hidden from the Public! “LIES are the Fruit of a Society”…. And are the ‘Back Bone’ of All Politics…! Did You realize that even the NEWS has an Agenda…. To get You to watch there Channel…? And to Approve their ‘Reporting’…? Watch the same story on Cable TV and ONE cannot discern WHO is speaking the TTRUTH and Who is NOT…? [Isaiah 5:20]

The Rebellion of Society started at the Tower of Babel…! It continued with OT Covenant Israel when they were given the… “10 Commandments”… by God! And brought to fruition when Israel…. “Demanded a King”…. Like the Heathen Nations round about them. Still today it is Prevalent in almost every area of Life, including that of Religion…! With “Lies and More Lies”, especially about Truth…! I was a teen when John Kennedy was assassinated. Years later, it was revealed that He had Numerous Sexual Affairs while a Married Man, even in the White House! Surely President Bill Clinton & Monica Lewinsky: followed in his footsteps…! Remember “9-11” and the National Guard Troops at the Airports. Did You know that…. they had NO AMMUNITION”…? I asked a Highway Patrol Sargent in Atlanta. He said they did NOT give them any AMO…. Because “MOST” of the National Guard had NEVER been in Combat! And they did NOT want Civilians Injured by “Friendly Fire”…!

*** (Genesis 11:6-to-9) And the LORD Jehovah said, Behold! The people is one and they all have one language. And this they begin to do. And now nothing which they have imagined to do will be restrained from them.
(Gen 11:7) Come, let US [Genesis 1:26 & Isaiah 6:8] go down and there confuse their language, so that they cannot understand one another's speech.
(Gen 11:8) So the LORDD Jehovah scattered them abroad from that place upon the face of ALL the earth. And they quit building the city.
(Gen 11:9) Therefore the name of it is called Babel; because the LORD Jehovah confused the language of all the earth there. And from there the LORD Jehovah scattered them abroad on the face of ALL the earth.

*** (Exodus 20:18-19-20) And all the people saw the thunderings, and the lightnings, and the noise of the trumpet, and the mountain smoking. And when the people saw, they trembled, and stood afar off.
(Exo 20:19) And they said to Moses, You speak with us, and we will hear. But let Not God speak with us, lest we die.
(Exo 20:20) And Moses said to the people, Do not fear, for God has come to test you, and so that His fear may be before your faces, so that you may Not SIN.

*** (1Sauel 8:4-to-20) And ALL the elders of Israel gathered themselves and came to Samuel to Ramah.
(1Sa 8:5) And they said to him, Behold, you are old, and your sons do not walk in your ways. Now make us a king to judge us like all the nations.
(1Sa 8:6) But the thing was evil in the eyes of Samuel, when they said, Give us a king to judge us. And Samuel prayed to the LORD Jehovah.
(1Sa 8:7) And the LORD Jehovah said to Samuel, Listen to the voice of the people in all that they say to you. For they have not rejected you, but they have rejected Me, that I should Not reign over them. [Numbers 14:22-23-24]
(1Sa 8:8) According to ALL the works which they have done since the day that I brought them up out of Egypt even until this day, works with which they have forsaken Me and served other gods, so they do also to you.
(1Sa 8:9) And now listen to their voice. Only, you shall surely protest solemnly to them, and show them the kind of king who shall reign over them.
(1Sa 8:10) And Samuel told all the Words of the LORD Jehovah to the people who asked a king of him. [Psalms 106:15]
(1Sa 8:11) And he said, This will be the privilege of the king who shall reign over you. He shall take your sons and appoint them for himself, for his chariots, and his horsemen. And they shall run before his chariots.
(1Sa 8:12) And he will appoint commanders over thousands, and commanders over fifties, and some to plow his ground and reap his harvest, and make his weapons of war and weapons for his chariots.
(1Sa 8:13) And he will take your daughters to be perfumers and cooks and bakers.
(1Sa 8:14) And he will take your fields and your vineyards and your olive-yards, the best, and give them to his servants.
(1Sa 8:15)  And he will take the tenth of your seed and of your vineyards, and give it to his eunuchs and to his servants.
(1Sa 8:16) And he will take your male slaves and your slave girls, and your finest young men, and your asses, and put them to his work.
(1Sa 8:17) He will take the tenth of your sheep, and you shall be his servants.
(1Sa 8:18) And you shall cry out in that day because of your king whom you have chosen for yourselves, and the LORFDJehovah will NOT answer you in that day.
(1Sa 8:19) But the people Refused To Obey the voice of Samuel. And they said, No, but we will have a king over us.
(1Sa 8:20) And we shall be, also we, like all the nations, so that our king may judge us and go out before us and fight our battles.

IT IS SO… Today….! Change…. But To “What”…? Please tell me You are “HAPPY”…. With the Political Party: You Support…? Right away Someone will remind me: we live in the Most Blessed Nation on Earth! And that we are RESPONSIBLE… in our Democratic form of Government to VOTE…? Really…? I chose NOT to Vote in this past Presidential Election. HOW could I support Romney, who is an Anti-Christ Mormon…? Or the Imam Obama, the Homosexual & Abortion President…? Or Ron Paul…. The Former Libertarian Candidate turned Republican…?  Perhaps You “CHOOSE”… Not to see this INFO in the Previous Blog…?

How then does ONE…. Choose Who to Vote For…? Anyone who is NOT a Democratic Candidate…? Only later to find OUT Later… what the Bushes really believed…? Surely PRAYER about Who to Vote For and Who NOT to Vote For… is what is Really Needed…? Surely we are NOT going to get the “Real News”…. From the Mainstream Media…? Do You know your History…? Remember the USA… “Trained the Philippine Government Leaders”… in Democracy.…? And in IRAN, a nation of Religious Wars for Thousands of Years….? The Reason why American Democracy WORKED…. Is simply Because…. Our NOTION at one time…. Believed the Principles of Truth, found in the Bible! That is NOT So NOW…! We are NOW…. Reaping a harvest of…. “Anti-God Politics”…!  Perhaps an Example that brings these Facts Home…?