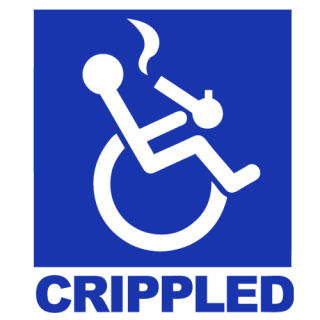 *** (Acts 17:11) And these were more noble = than those of Thessalonica, = in that they received = the Word = with all readiness of mind = and = searched the Scriptures daily to see if those things were so [or Not].

“MOST” American Christians [?]… know MORE about Politics…. Then they DO about Bible Doctrine [Teaching]…! “MOST” Cannot take their BIBLES… and… “DEFEND”… what they believe with BIBLE: “Chapter & Verse”…! They know the Latest: Politically Correct NEWS facts from Fox News….! Their Favorite CONSERVATIVE SPEAKERS… are Quoted MORE OFTEN…. Than the Bible…! “MANY” of them are “NOT” Truly Born Again, by the Holy Spirit of God…! They Believe Conservative Speakers like…. “Bill O’Rilley”…. And APPROVE His Political Speaking…! YET…“NONE” of them Called HIM a… “LIAR”… when He Published … His “LIES” about Christ Jesus…!

“Christ Jesus NEVER: ‘Feared’ ANYTHING! – 101” …Blog.
http://truth459.blogspot.com/2013/11/christ-jesus-never-feared-anything-101.html
Pseudo America Christians [?]…. Often will Quote the “US Constitution”…. But “Seldom Ever”… their “BIBLE”…! Their Supposed “FAITH” is one of Conversation…. BUT: “NOT of PRACTRICE”….! They will speak to OTHERS…. About their Political Convictions… but “SELDON IF EVER”…. Preach the Gospel of Repentance…! They WRONGLY believe that GOD will somehow…. “Restore America by Revival”… without Any: “Individual” or “National Repentance”…! Remember… “9-11”…. Was there “Any REPENTANCE”… then or afterwards…? Absolutely OT…! Prayer will NOT be “Returned to the Schools”…! Guns & School Shootings & Metal Detectors… are thee to STAY…!  When ONE does not Respect the UNBORN BABY…. How then con ONE respect the Living Children…?

The “Tea Party” or the “Republican Party”…. Will NOT bring about… “Revival & God’s Righteousness”…! No matter HOW You VOTE…. “Ultimately GOD is in Control” [Daniel 4:17] …! IF: You knew your Bible…. THEN: You would realize that GOD ALLOWED WICKED RULES…. Because of the Wickedness of His Covenant People Israel…! Many of the American Christians [?] voted for Romney, as He…. “FOOLED MANY”… into believing that He was a Christian Politician…!

May I simply ask You a… “Question”…? In your Opinion, what is the Most Important Question or Topic in Any Election…?  May I suggest, the Life of the “Unborn Baby”…? Before “Roe-V-Wade”, All Believed in that Sanctity….! After that Supreme Court Decision… Public Opinion Changed…. Largely due to the Liberal News Media…! That same Liberal News Media…. Has so Corrupted the ‘Minds & Hearts’ of our Nation…. That many states are ‘Approving’…. “Legalizing Marijuana”…! …“Euthanasia” is Legal in Oregon & Washington states. The Killing of Older People… especially when their Heirs… want their Family Fortunes! This LEGAL… “Slippery Slope”… has provided for Lawlessness…. And yet we “WRONGLY SAY”…. “God Bless America”….! Each & every day…. Over 4,000+ innocent Unborn Babies are…. MRDERED by Abortion…! Do You think that God is still Blessing America..?

Same Sex Marriages have passed Most state legislatures…!  Hollywood and the TV Media has them in almost every Comedy! When Satan can get You to…. “Laugh at Sin”… You may be sure…. God’s Judgment is Looming…! I would NOT be surprised if the Lord….. “Allowed Ebola”… to devastate our Nation…! Matter of fact, I would welcome IT: If it would bring about… “Godly Repentance”….!