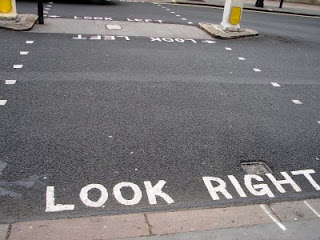 This is written… especially for those that ‘SAY’ they… ‘Know God!’ Here in America, it is a ‘Cultural Thing’ to say that one believes in Jesus. They celebrate Christmas and Easter and yet are missing the… “Quintessential”… which is “Simply Obedience to God and His Word, The Bible!

· (1Corinthians 2:14) A person who isn't spiritual = doesn't accept = the things of God's Spirit, = for they are = nonsense = to him. He can't understand them = because they are spiritually evaluated.

It is a matter of… Truth! Whose Truth? Man’s or God’s. IF you use Man’s Law, it will always fall short of the Law of God! [i.e.] The Word of God! Most people are mildly religious. They will speak glibly about God: and yet, seldom if ever… ‘Read and Study’… His Word! How about You? No, I am not accusing nor excusing you, this is for you to be… honest with yourself!

All of us… have to meet some performance level in life. We started out taking tests in school and homework. Later in life we bowed to the social pressures of society by either dress or actions. In work, we all had to meet a certain requirement to get hired and bonuses or raises were based on merit. Advancement takes place when those over us recognize our potential and promote us.

So too it is… in the Spiritual Life. Did you know that Christ Jesus spoke about the multitude that followed Him? Of those, that claimed to know Him… how many actually… followed Him in Obedience? What ‘quantity’ did Christ Jesus, say… “Few = Some = Many”… would really be His?

‘Many’ would Not… Be His, even though they were religious and said, they were His! That is pretty tough, is it not? Here in our society, we often put what a person says… before what they really are. It is a part of our society to say one thing… and do something entirely different. I believe that is called… “Lying?”
Those simple Drug Tests… for Olympic Athletes… prove in fact if they are competent to compete. Too bad the rest of the… “Entertainment ‘Sports’ Industry”… will not conform to such a standard. Remember all those ‘Champion’ players that took… “Steroids to Win?” They received “No Punishment”… for their crimes. What ‘message’, did that send to… “US All?”
http://www.youtube.com/watch?v=tgiR04ey7-M
Can’t we all… just get along? Surely you remember, ‘Rodney King?’ Is that how we are to govern our lives, to become ‘Jell-O’ and fit into the mold they provide for us? Thank you, but No Thank You! Just how long will you accept the Lies before you… “Just don’t care anymore?”
One Simple Question…? Will ‘any’ society on the face of this planet… ‘Be better off’… or… ‘Worse off’… “By Keeping God’s Commandments?”

All those government... “Bail Outs” would not have to have taken place if people… Only Obeyed… “Exodus 20:15 You Shall Not Steal!”
Thank you for Your EAR! Roger //Email// ROGER459@GMAIL.COM