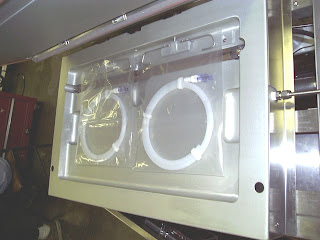 “Entrapment – 101”…Blog.
In almost every… police sting operation, those that have “broken the law”, claim entrapment. Does the Law stand? Of course it does! Why then, when someone breaks the Law, would they claim entrapment, to escape justice? It is because of their… “Guilt for breaking the Law!”
This past week… I was watched several programs, “Police Videos” and “Repo Man” Why is it that speeders that know the “Law”, always ‘excuse away’… their Law breaking? I think that the “Repo Man” program is as pitiful as it is funny. ‘Three to Six Months’, without making a vehicle loan payment, and then they get… “Angry at the Repo People!” The owner of the vehicle, simply… “Broke the Law!”
This ‘Economic Crisis’… here in America is from… “Bad Unsecured Loans”… to people that bought housing or vehicles; that they could not afford. Obviously money does not grow on trees and each must pay the Piper! Bottom line… “Each must pay, or receive the consequences!”
http://en.wikipedia.org/wiki/Pied_Piper
Occasionally I will… run across a “Yahoo 360 site” or on some other site that is ‘Obviously’, a “Law Enforcement Sting!” On a national news program, the child predators were lured to a house for acts with an underage minor. The Law Enforcement people, were waiting and took into custody the ‘perpetrator’ of the Crime. The Law stands… and the guilty will always make excuses for… breaking the Law.
So it was… in the days of Christ Jesus, with the Jewish leaders of Israel. Their ‘false claim’ that ‘Jesus broke the Sabbath’, was because He healed on that day. The difference was, “The Law of God”, was replaced by the Jews with… “The Traditions of the Elders!” Simply put, they used their interpretation of… “The Law”… instead of what God has said in… “The Law!”
(Matthew 15:9) But = in vain = they worship Me, = teaching for doctrines = the commandments = of men."

Their failed Entrapment… of Christ Jesus may be seen in this particular verse and many others. ‘Christ Jesus’, “Who is God”… gave the Law and could not break the Law. Yet because of His righteous acts and healing, the religious were angry with Him. By “His Life and Words”, the religious were convicted of their… “Sin / Sins”… by their “Not Keeping the Law of God!”
Now as to… the issue of the “Woman taken in Adultery”. These verses are often used to explain the Forgiveness of Jesus, when one is guilty of breaking… “The Law of God”. People that use the verse… “Go and Sin No More”… often excuse away… “Sin / Sins”. They fail to make known the… Righteousness of God… explained in the Word of God. Perhaps we may see what these verses really say?

One thing… that I see, especially in Pastors is a… “Non-Accountability”… for their parishioners! Their Attitude is… “GO AND SIN NO MORE!” They purposely leave out a “MAJOR COMPONENT”… of the Gospel! … “Repentance - and/with - Restitution!” …Luke 19:8

So too today… “American Pseudo Christians”… ‘Parallel Israel’… in their Sin and Disobedience, To the Word of GOD! They Justify their Actions as… ‘Under Grace’… and not in obedience to, “The Word of God!” They nullify… ‘with their actions’… “The Lordship of Christ Jesus” in their lives… “James 1:22 & Luke 6:46!”

· (Jude 1:4) For = certain men = crept in secretly, = those having been of old = previously written = into this condemnation, = ungodly ones = perverting = the grace of our God = for unbridled lust, = and denying the only Master, = God, = even our Lord Jesus Christ.

The Entrapment Trick… of ‘Christ Jesus’ by the Religious Jews of His day, “Failed!” So today, many… “Excuse Away Sin / Sins”… by simply saying to the person, “Go and sin no more!” They do it… “Without the Authority of God!” Because, “Only God” can forgive ‘Sin / Sins’ and yet they make… “License of the Grace of God” The accountability is to… “God and His Word!”
“Just do It”… is used by Nike as a slogan for their shoes. Just saying, “Go and sin no more”… does not absolve that person of the… “Personal Responsibility to God”… for their Actions. “IF” someone stole your… ‘62-Inch Big Screen TV’… “THEN” would you expect “Restitution” or would you simply say… “Go and sin no more = and Keep the TV as Yours?” …NOT!
Where do you or I… go from here? “The Word of God”, its promises and its blessing, are for those that are… “Really His!” “IF”, you are not His child… “THEN”, all you may expect is Entrapment by His Law! No one will escape the Law, without payment for the Transgression. This payment was made by “Christ Jesus”, for those that will… “Accept Him, on His Terms”… and not on those of some religion.
(Proverbs 28:13) He who = covers his sins = shall not be blessed; = but whoever = confesses = and leaves them = shall have mercy.