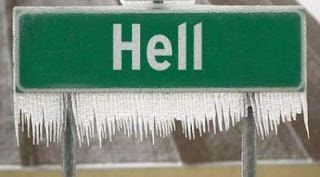 “Harry Potter – 101” …Blog.
Someone asked me… about this subject, trying to justify it, because their children were interested in the movies and books. My response was based on what the Word of God said, “The Bible”. Many do not want ‘to hear’, what the Bible says about… “Witchcraft”. Perhaps I would even liken this to these programs , “The Simpsons or Family Guy”, Both of which I find… ‘Nasty!’
http://en.wikipedia.org/wiki/Harry_Potter
Sorry NO… I am not a prude, if that is what you were thinking. But good “common sense”, simply tells me that what I feed my mind… is what I can expect to ‘affect & effect’… my ‘cognitive preferences when… “Validating LIFE!” I choose not to watch, Beavis and Butthead either!
Comics have replaced… much of the good classic literature. Video Games and Play-stations and “The WII”… too have done much to move literature off of the Cognitive Pallet of society today. I often garage sale and find good literature for… 25-cents. I ask, ‘Did you children read this?’ The response is almost always, ‘No they didn’t!’ I often wondered, “Who is the Parent?”
(2Corinthians 11:14) And no wonder, since Satan himself masquerades as an angel of light.

Our American History… is filled with witches and witchcraft. The ‘Salem witch trials’ is celebrated in Salem Massachusetts during Halloween each year. Matter of fact the interest in the occult has escalated each year and can be seen in the extensive Halloween celebrations in most cities. Videos like ‘Hell Boy’ too have made Evil… sound Acceptable?
Early TV Programs… such a Bewitched were slipped right in and followed by such magic as… “I dream of Jeanie!” But there was one even earlier by Walt Disney, “The Sorcerer’s Apprentice” staring, Mickey Mouse. The Occult has grown “exponentially” as our nation has given up on “The Bible”. Harry potter is even read and viewed by those families claiming… ‘To be Christian?’
(Deuteronomy 18:10-to-13) There shall not be found among you anyone who makes his son or his daughter to pass through the fire, or that uses divination, an observer of clouds, or a fortune-teller, or a witch,
(Deut 18:11) or a charmer, or a consulter with familiar spirits, or a wizard, or one who calls to the dead.
(Deut 18:12) For all that do these things are an abomination to Jehovah. And because of these abominations Jehovah your God drives them out from before you.
(Deut 18:13) You shall be perfect with Jehovah your God.

I often have… “Pseudo Christians”, tell me that those verses are from the Old Testament and have nothing to do with the New Testament Christian. I then ask them about the “10-Commandments”. They often respond, ‘That’s Different!’ Oh I say, so you… ‘Pick & Choose’… which part of God’s Word you… “Choose to Obey?” Perhaps these verses will convince you?
(Acts 19:13-to-20) Then some Jews who went around trying to drive out demons attempted to use the name of the Lord Jesus on those who had evil spirits, saying, "I command you by that Jesus whom Paul preaches!"
(Acts 19:14) Seven sons of a Jewish high priest named Sceva were doing this.
(Acts 19:15) But the evil spirit said to them, "I know Jesus, and I am acquainted with Paul, but who are you?"
(Acts 19:16) Then the man with the evil spirit jumped on them, got the better of them, and so violently overpowered all of them that they fled out of the house naked and bruised.
(Acts 19:17) When this became known to everyone living in Ephesus, Jews and Greeks alike, fear came on all of them, and the name of the Lord Jesus began to be held in high honor.
(Acts 19:18) Many who became believers kept coming and confessing and telling about their practices.
(Acts 19:19) Moreover, many people who had practiced occult arts gathered their books and burned them in front of everybody. They estimated the price of them and found they were worth 50,000 silver coins.
(Acts 19:20) In that way the word of the Lord kept spreading and triumphing.

When any nation… follows the Occult, they are led down the road of destruction. Most do not know that… “Adolph Hitler”… practiced ‘The Occult!’ His mass murder of peoples in concentration camps and his ruthless practice of “Eugenics” is part and parcel of the destruction of “Millions of Innocent Peoples!”
http://en.wikipedia.org/wiki/Eugenics
Margaret Sanger… who was largely responsible for… “Planned Parent Hood”… went to Nazi Germany and studied Eugenics. This… “Killing of these Unborn Babies in their Mother’s Womb”… cannot be the agenda of a… “Honest Moral or Christian Society!” Yet it can be related to the Occult, as simply as writing off… “Human Life!”
There are now… two states, Washington and Oregon… that have “Physician Assisted Suicide!” I thought that Physicians were to “Heal and Preserve”… ‘Life?’ That too comes from the Occult. Each year more states are putting that same question on their ballets. ‘Humans’ have become the… “Lowest Common Denominator!” Pets are more cared for… than Humans!
Sacrificing Babies… to heathen gods [note the small g] can be found in every culture on earth. Accepting or practicing such things make those people, less than Human! Here in Florida last month, a man threw his ‘two month baby’ out the car window and killed him. Does that make you as mortified, as it does me?
All Human Life… is precious in the sight of the God of the Bible. Do you really believe the Occult will lead you to a better Life? Perhaps you should re-think your hypothesis? Look at the references I have posted and then choose.
(Romans 5:8-to-11) But God demonstrates his love for us by the fact that Christ died for us while we were still sinners.
(Rom 5:9) Now that we have been justified by his blood, how much more will we be saved from wrath through him!
(Rom 5:10) For if, while we were enemies, we were reconciled to God through the death of his Son, how much more, having been reconciled, will we be saved by his life!
(Rom 5:11) Not only that, but we also continue to boast in God through our Lord Jesus Christ, through whom we have now received our reconciliation.