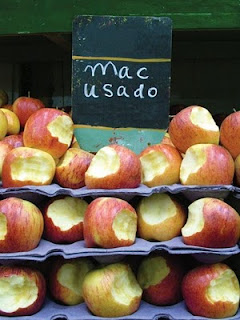 The second blog in this series… examines ‘what’ brings about Divorce. ‘The Pandemic’ of divorce is in direct relation to ones’… “Spiritual Character.” Had God, the God of the Bible wanted to show mankind some ‘other’ word picture of salvation; he would not have used the ‘marriage model’. He did not want… ‘Polygamy’ and His design is and always will be the… ‘One man and one woman’… till death do them part.

The American Culture… is based on the family unit, as well as in all other cultures. As ‘entropy’ takes place in any culture, so does the breakdown of the ‘Family Unit’. Hollywood has done more to harm society: with its ‘Anti-God’ = ‘Anti-Bible’ and ‘Anti-Moral’… Agenda! Immorality is touted as normal and accepted; while conservative moral fundamentals, are poked fun at. Say it isn’t so…? What ‘wrong’ did Sarah Palin do, in her run for the vice presidency? Since when does a public stand for Christ and the Bible… disqualify one ‘morally’ for public office?


Just as a reminder… President John F. Kennedy was a whoremonger. His brother Ted was a senator killed; ‘Mary Joe Kepochne’ and never did any time for it. In addition he slandered Judge Bork and was Ted instrumental in pushing the “Planned Parenthood” agenda of the… “Killing of ‘Innocent’ Unborn Babies”… in their mother’s womb. President Bill Clinton… shamed our nation, ‘worldwide’… with his sexual antics as state governor and with Monica Lewinsky during his presidency. Hardly any of them, were even worthy of their political office. Yet all our nation, seemed ‘to approve’ their actions, except for a very few.

The Mindset of the American… is that you only go around once, so get all you can! The clothing reflects much of the moral standing of a nation. The female body is marked only as a commodity… leaving its sexuality open for all. One can see on TV… adds for ‘over-the-counter’… medications for venereal diseases as infections, herpes and even the overnight abortion pill. Playboy & Hustler publications and the ‘Pornography Industry’… have devastated the morality of both men and women… and only a few speak out.

*** (2Peter 2:12-13-14) But these, = as unreasoning natural brute animals = having been born for capture and corruption, = speak evil of the things that they do not understand. = And they will utterly perish = in their own corruption,
(2Pet 2:13) being about to receive = the wages of unrighteousness, = deeming indulgence as pleasure in the daytime, = and reveling in spots and blemishes, = feasting along with you = in their deceits,
(2Pet 2:14) having eyes = full of adultery = and never ceasing from sin, = alluring unstable souls, = having a heart exercised with covetousness. = They are cursed children

The Homosexual Agenda… with a ‘word change’ from the media; to “Gay” = has touted itself as a normal minority, seeking Federal protection under the ‘hate crimes’ legislations. Even one of the perverted Cesars’ of Rome… had a ‘horse’ as a domestic partner. Since when… “in common sense”… does a perverted sexuality… qualify for any social status? It “never” does…! TV and Hollywood both push this homosexual mindset… into the minds of their viewers.
*** (Romans 1:28-to-32) And even as they did not = think fit = to have God in their knowledge, = God gave them over = to a reprobate mind, = to do the things = not right,
(Rom 1:29) being filled with = all unrighteousness, fornication, wickedness, covetousness, maliciousness; being full of envy, murder, quarrels, deceit, evil habits, becoming whisperers,
(Rom 1:30) backbiters, haters of God, insolent, proud, braggarts, inventors of evil things, disobedient to parents,
(Rom 1:31) undiscerning, perfidious, without natural affection, unforgiving, unmerciful;
(Rom 1:32) who, = knowing the righteous order of God, = that those = practicing such things = are ‘worthy of death’, = not only ‘do them’, = but have ‘pleasure’ = in those ‘practicing’ them.

About now… someone is saying, “What has that to do with “Divorce & Remarriage?” It is part and parcel of the human family make up; in its view of the Family Unit! A “Family and Marriage”, is a covenant between a man and a woman and “God!” It is more than just a civil union, but has a ‘spiritual’ foundation, which has been under attack by the Media. Since Hollywood Actors… divorce and remarry so often… they send a message to each and every one of us. If you don’t like your partner… divorce them… just as we do, and there is no harm, it’s just … “No Fault!” …LIE!

The ‘Church’ = which You are… is ‘not’ a denomination! It is the Holy Spirit, indwelling each Born Again Believer… Who makes ‘you’; the Church, the Body and Bride of Christ! In essence you are married to Christ, in Spirit, to be redeemed with a new body, upon the final resurrection! That is where you are coming from… but where are you going? You choose to ‘divorce’ your mate, but the Spirit of God indwells you? Then you choose to marry another, ‘disavowing’ your former wedding vows. Does God… disavow you… and take His Holy Spirit away from you and give it to another…?

Remarriage follows ‘divorce’…! Many today, do not what to hear what God says in His Word… ‘about divorce’. God actually… Hates Divorce = “Malachi 2:14-to-16!” The Jews of Jesus day, made divorce a common practice of ‘convenience’. So today Americans ‘follow’ in their sins and practice ‘multiple polygamies’ with their multiple divorces and remarriages. Say it isn’t so…? I speak this to the… “Fact & Practice”… of those that call the Blessed Name of Christ Jesus!

After my first post… there were response to me about supposed accusations of verbal abuse, and a plethora of ‘other excuses’… why a divorce was needed and wanted. Remember you ‘do not’ answer to me… but to the Christ Jesus… “Who bought you with – His Precious Blood.” This discussion is to get you… back to obedience… to the Word of God. It is Him, to Whom you must justify your actions and decisions. I do not, again, do not stand in judgment or condemnation of anyone, as Christ Jesus is your judge.


(Micah 2:7) House of Jacob, it is said, The Spirit of Jehovah is limited, if these are His doings. Do not My words do good to him who walks uprightly?