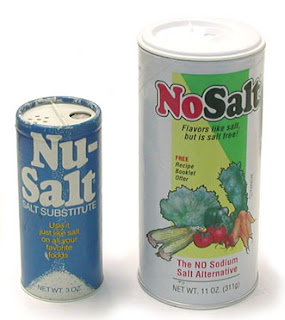 Just how… do ‘you’ then; “Test your dreams & visions”…? How do you know “IF”… they are from God, the God of the Bible…? With what measure do you validate what you claim is from God? I have been born again for over 30-years and yes, I know that God does not count seniority. But do you really believer that Truth is more prevalent or less prevalent? Those on both the TV and Radio… who claim to be Christian… do you really believe all they… ‘Say & Teach’… without ‘validating’ it with… the Holy Word of God…? These blogs cover what is called new prophecy for today.

About now… there are some that will… ‘Affirm & Say’… that God speaks to them today! They have placed their… “Experience”… as their validation; of the Truth from God. Many have had parents who have had a particular denomination or Church teaching and passed it on to them. They simply follow their previous teaching, ‘without’ validating it with and by the… “Holy Word of God!” In the days of Jesus, He called it, in the gospels, the… “Traditions of the Elders.”


Those that say God… speaks to them in ‘dreams & visions’… do not even ‘know’… the Word of God. Strange as it may seem, “Most” that say they are Christians, have never studied the OT Hebrew and the NT Greek. In the above Blog, “Which Bible – 101”, there is a study on such items. The English translations we read are often… religiously and culturally influenced. The NT was written in Greek, where the text agrees in person, number and gender. Hence the Truth of the Word of God, cannot be mistaken, as in the subject of… ‘Female Pastors’, or the “144,000” Jewish Male Virgins in… “Revelation 14:4”

Dreams & Visions… have been the “Substitutions”… for the Holy Word of God! Many today, simply say that God speaks to them, without the Word! Surely you don’t expect me to… ‘Believe You’… when the Holy Word of God… says ‘different’…? A friend of mine, who says they were a Born Again Christian, and had attended Bible School… told me that God, had told them to get a divorce. When I presented them with what God had said in His Word, and they would not speak to me anymore. How strange, that the god [small-g] they knew, ‘did not’ use, the Word of God [capital-G]…?


*** (1Corinthians 2:14) But the = natural man = does not receive the things of the Spirit of God, for they are = foolishness = to him; neither can he = know = them, because they are spiritually discerned.

Surely as the sun rises and sets… someone will “Substitute”… their own way, for the Holy Word of God. It happened with Cane & Able and is happening today also. Many churches have departed from the “Complete Authority of the Word of God”… and gone on to their Politically Correct Agendas. The Scriptures speak to this over and over again. You will simply… “Obey God and His Word”… or… You will ‘Obey’ your own desires. Can it be any ‘simpler’ than that…?