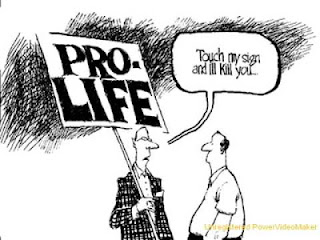 *** (Amos 4:10) I [God] have sent among you the pestilence after the manner of Egypt: = your young men have I [God] slain with the sword, = and have taken away your horses; and I [God] have made the stink of your camps to come up unto your nostrils: yet have you NOT returned [REPENTED] unto Me, says the LORD.

Recently someone asked me… “Should a Christian go to War?” May I do one better, “Should a Christian be a Police Officer”…? [Romans 13:1-to-7] The real issue here is: “Killing Mankind” for any reason, isn’t “IT”…? Perhaps first look at ‘Exodus 20:13’ and see what the Bible text really says. The Bible has been translated into our English from: the OT Hebrew & NT Greek. In the OT Hebrew, there are FIVE words for the English word, ‘KILL’! Actually it is ‘Wrongly’ translated in many of the English translations, ‘KILL!’ The Correct rendering should read: “You shall NOT ‘Murder’ the Innocent!” With that in mind & thought, does God permit, “Capital Punishment”… “Yes or No?” Simply, if there are the “Innocent”; then there are ‘Also’ the: “Guilty!” [Genesis 9:6].

*** (1Peter 1:7) so that the genuineness of your faith; which is more valuable than gold that perishes when it is tested by fire; may result in praise, glory, and honor when Jesus Christ is revealed.

There are MANY here in America… that falsely claim they are ‘Christian’. Furthermore, many say they know God: but purposely fail to recognize “Christ Jesus as God!” Knowing about “God & the Bible”: does “NOT” mean that one: has a real relationship with “HIM”…! Most of the world knows about America: but Most: if they could, would seek for its ‘Destruction’. They falsely claim that America has “Too Much”, when the rest of the world lives in Poverty! No one has a relationship with God: Unless they have His Holy Spirit! [Romans 8:9]. The “Finished Work of Redemption” by Christ Jesus is: “Offered to All”… but: “Rejected by Most!” They purposely fail to Recognize Christ Jesus as the Passover Lamb of God, the God Man: “Fully God & Fully Man!” To have a True Relationship with God: one must have it: Only according to His Holy Word: Nothing More: Nothing Less!

*** (John 7:38-29) The one who believes in Me [Jesus]: as the Scripture has said; will have rivers of living water flowing from his heart."
(John 7:39) Now He [Jesus] said this about the [Holy] Spirit; whom those who were believing in Him [Jesus] were to receive. For the [Holy] Spirit was not yet present; because Jesus had not yet been glorified. [Romans 8:9]

*** (Titus 3:5) NOT by works of righteousness which we have done, but according to His mercy He saved us, through the washing of regeneration and renewal of the Holy Spirit,

… American’s buy Over FOUR $ Trillion dollars… in Illegal Drugs: Including MARIJUANA! American Mothers have MURDERED Over 55,000,000 Million “INNOCENT” Babies by Abortion. American is the World's Largest EXPORTER of PORN & Abortion Technology! Americans ‘Produce & Export’ PORNOGRAPHY to the Entire World…! Two states, Washington & Oregon: have Euthanasia, the death of senior seniors amd the infirmed. Several states have enacted legislation Permitting Marijuana: ‘Supposedly’ for medical reasons. But almost “ANY” reason is good enough to get the medical exemption. Our once stable country, based on “Judeo Christian Principles”: is being “Eroded by Lawlessness!” How then can, “God continue to bless America”…? Sorry to tell You: He will NOT…! Over Four Thousand “INNOCENT UNBORN BABIES”, are Murdered by Abortion, “EACH DAY”…! And then You, complain about the School Shootings…?

*** (Isaiah 5:20) Woe to those who call evil good and good evil; who put darkness for light and light for darkness; who put bitter for sweet and sweet for bitter!
…
*** (2Peter 3:15-16) And think of the long-suffering of our Lord as salvation; as our beloved brother Paul also has written to you; according to the wisdom given to him.
(2Pet 3:16) as also in all his letters, = speaking in them of these things; = in which are some things ‘hard’ to be understood, = which the ‘unlearned’ and ‘unstable’ = “Pervert”; = as also they do the rest of the = “SCRIPTURES”; = to their own destruction. [1Corinthains 16:22]

I am a Born Again Christian… and a “Veteran!” What IF the United States did NOT ‘Intervene’ in WW2…? Would be all be under “NAZI” rule today? Remember if Europe had not had the USA help; they would have surely captured the UK. Germany then, would have perfected their V2 ballistic missile systems. Their ‘Heavy Water’ experiments led to the development of the Nuclear weapons. Many of the WW2 German scientists; defected to the USA along with their technologies. Sorry NO: I am “NOT”: approving any of the “Military Conflicts” such as Viet Nam and the Middle East, Gulf Wars. When Politics over ride sound military practices: then war fails to obtain the real purpose of its “Moral Objectives: to ‘Vanquish’: their Evil Agendas!”

Each person must before God & His Holy Word… work out their own understandings about these issues. To me, that “Simple Obedience” to His Holy Word: must be done with: both the ‘Context & Godly Wisdom’: that the Scriptures provide. Many people have “Conclusions & Reasoning’s”… without a complete knowledge of the Scriptures! Furthermore, Many more have an “Out of Text & Context” reasoning: based on “Religious or Denominational Bias!” Did YOU pray about an answer from Scripture: and an Understanding in the ‘Fear of God’…? Perhaps more time is needed: before You draw any conclusion, that You are ready to “Die For”…?

*** (James 1:5-to-8) Now if any of you lacks wisdom, he should ask God, who gives to everyone generously without a rebuke, and it will be given to him.
(Jas 1:6) But he must ask in faith, without any doubts, for the one who has doubts is like a wave of the sea that is driven and tossed by the wind.
(Jas 1:7) Such a person should not expect to receive anything from the Lord.
(Jas 1:8) He is a double-minded man, unstable in all he undertakes.

*** (Proverbs 4:7) Wisdom is the main thing; get wisdom; and with all your getting get understanding.