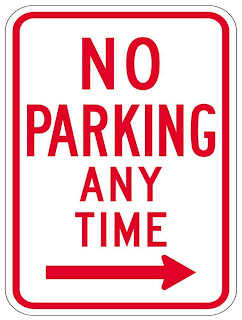 *** (Proverbs 17:15) He that justifies the wicked; and he that condemns the just; even they both are abomination to the LORD.

Do You know your Bible…? “Yes” or “No”…? Sorry, I did Not ask You IF you knew ‘About’ your Bible: or ‘What’ your Bible says…! But IF You “Know & Obey: The Holy Word of GOD! Many know Bible stories and what King David & his son Solomon did. Many know about “Elisha & Elisha” and the Miracles that God did through them. Yes, even about Daniel in the Lion’s den: and how God delivered him. Or even about Joseph and how his brothers: sold him into captivity: and How GOD delivered him and made him… “Second Ruler over All Egypt!” BUT… how is the NT Born Again Believer… “DIFFERENT”… that the OT Believer…? Can You open your Bible and show the “Difference”…? There are “MANY” who say they are Christian [?]: and then ‘Discard’ the teachings of the Old Testament: and miss much of the teachings of the: “Love, Judgment, Mercy & Grace of God”…! These same “Christians [?]” often “Grace Away SIN/SINS”…!

*** (Joshua 8:34) And afterward he read all the words of the Law; the Blessings and -> Cursing’s <- b="b">according to ‘ALL’ that is written in the book of the Law.
*** (Hebrews 4:14) Therefore, since we have a great high priest, Who has gone through the heavens, Jesus the Son of God, let us continue to hold on to our confession.
(Heb 4:15) For we do not have a high priest Who is unable to sympathize with our weaknesses, but One: Who in every respect has been tempted as we are; yet without sin.
(Heb 4:16) So let us keep on coming with boldness to the throne of grace; so that we may obtain mercy and find grace to help us in our time of need.

Did You see the differences in Approaching GOD…? In the OT Economy: -> “does Not come at ‘all’ times.”

And that of the NT Economy: “So let us keep on coming -> with boldness -> to the throne of grace; so that we may obtain mercy and find grace to help us in our time of need.”

*** (Hebrews 10:18) Now where Remission of these is, = THERE IS = NO MORE = OFFERING FOR SIN.
“It is ‘Finished!’ – 101”…Blog. [1/2]
http://truth459.blogspot.com/2010/10/it-is-finished-101blog-12.html
…
Salvation by God’s Grace, Mercy & Love… is available to the NT Believer as never was to the OT Believer. The OT Believer was under the Levitical Law, Precept, Ordinance, Statutes and the LIKE. His practice of the True Worship of GOD… was restricted to His Holy Word. Somehow the NT Believer [?] has developed their “Own” worship of God: but NOT according to His Holy Word! That is NOT True Worship, but simply a “Perverted Religion” that REMOVES Most of the Holy Word of God. Say it isn’t “SO”…? IF You know your Bible, in practice and in worship: did You know that DRUMS were “NEVER” used in the True Worship of GOD…? Yet most Churches practice a type of… “Rock & Roll Christianity”…! It is “NEITHER” Worship: nor is it True Christianity! Remember Satan’s Camp is “ALWAYS” in the Church: because he has the world: blinded already! He always come as an “Angel of Light!” And so do his workers!

*** (2Corinthains 4:3) So if our gospel is veiled; it is veiled to those who are dying.
(2Cor 4:4) In their case, the god of this world [Satan]; has blinded the minds of those who do Not believe: to keep them from seeing the Light of the glorious gospel of Christ; Who is the visible image of God. [Colossians 1:12-to-19]

How about You…? Do You ‘dedicate & give’ to Him: “Christ Jesus” some of your Time: “Daily”…? Or is your “Cell Phone & Computer Internet” your: First Love…? What takes priority in your Life…? Perhaps your “Employment or Recreation”…? Could You live without “TV & Video Games & Movies”…? Or are You like most of the “Organized Christians” here in America…? We as a Nation: are on a “Spiritual Titanic”…! Our “Backslidings” & our “Spiritual Appetites” are much: Like that of OT Israel! Somehow, the NT Christian [?]… has missed the “Judgment of God!” Because we have been at Peace in our country America: we think we are Isolated from such things. “NOT SO”…! Our national “Cup of Iniquity” is Not yet FULL…! God’s climatic Judgment looms: just as it did for “Sodom & Gomorrah”…! Yes, we even “MISS”… the “Continuing DECLINE”: of our National Spiritual Health…!